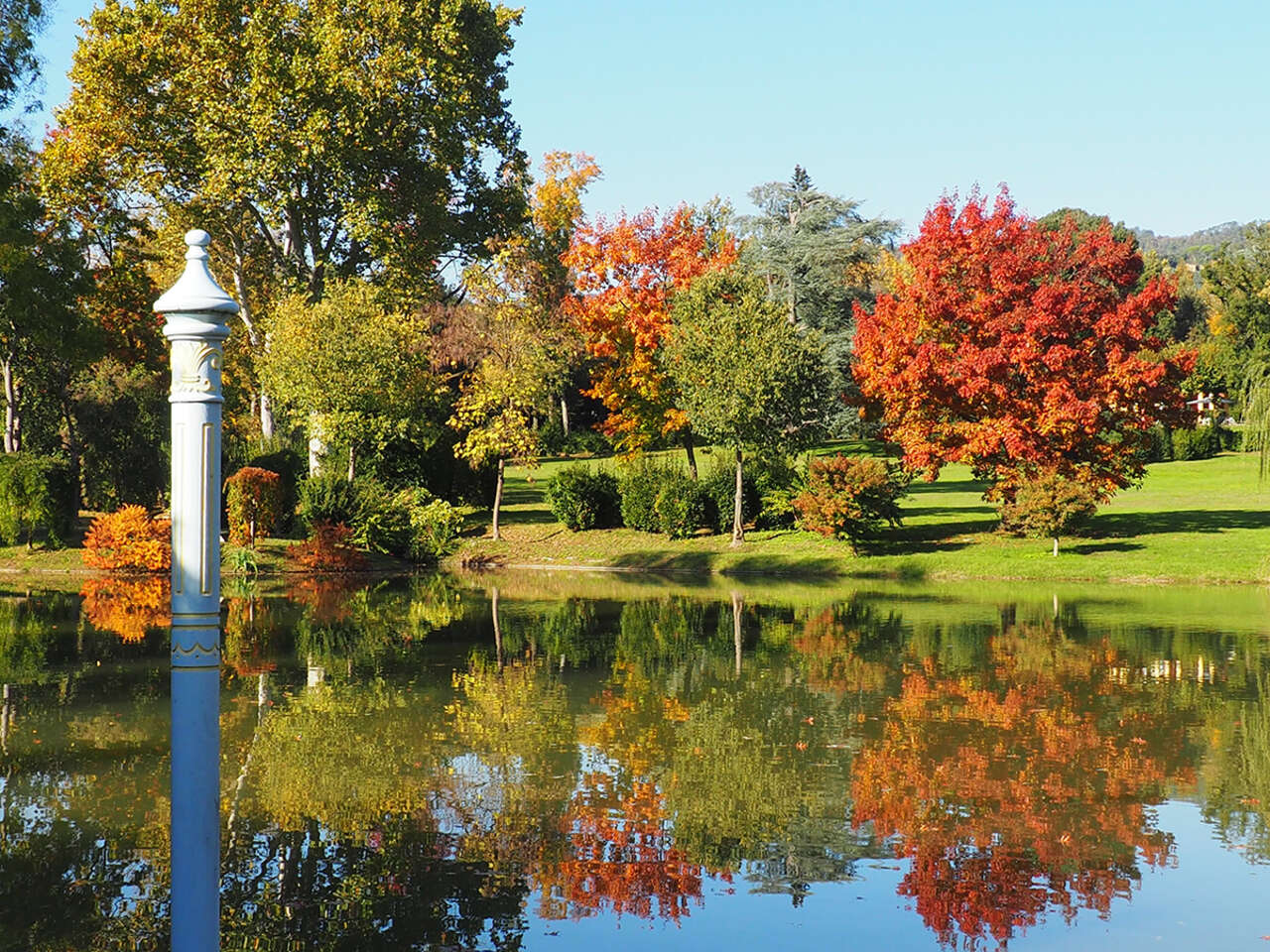 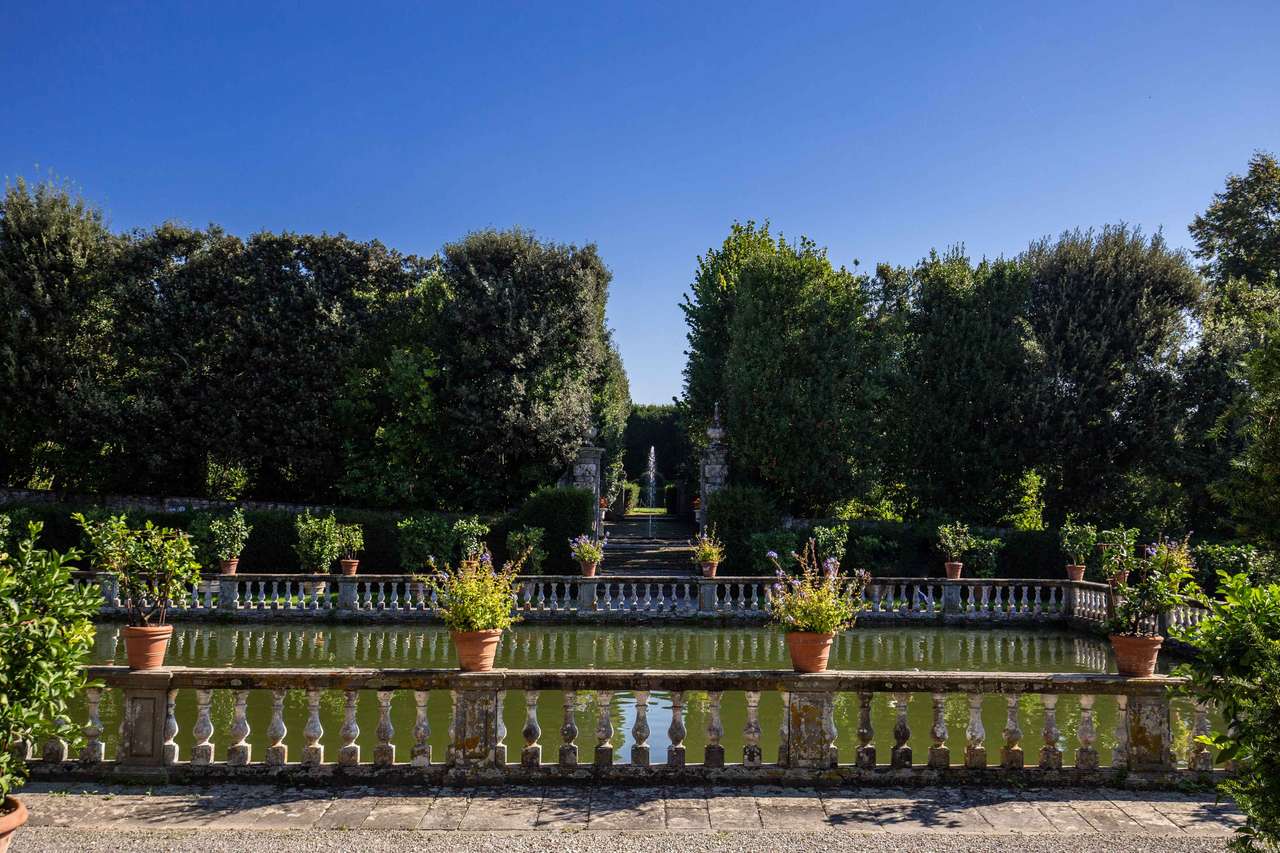 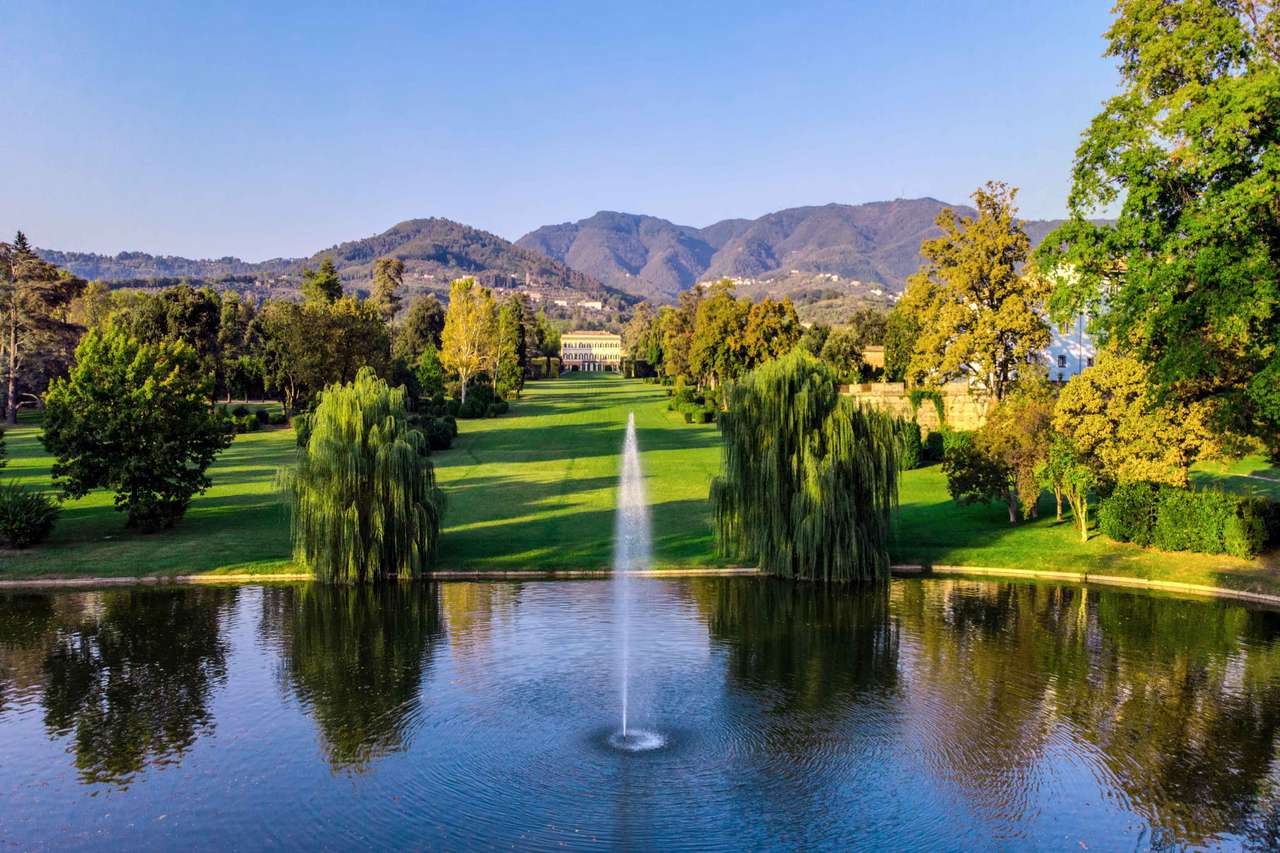 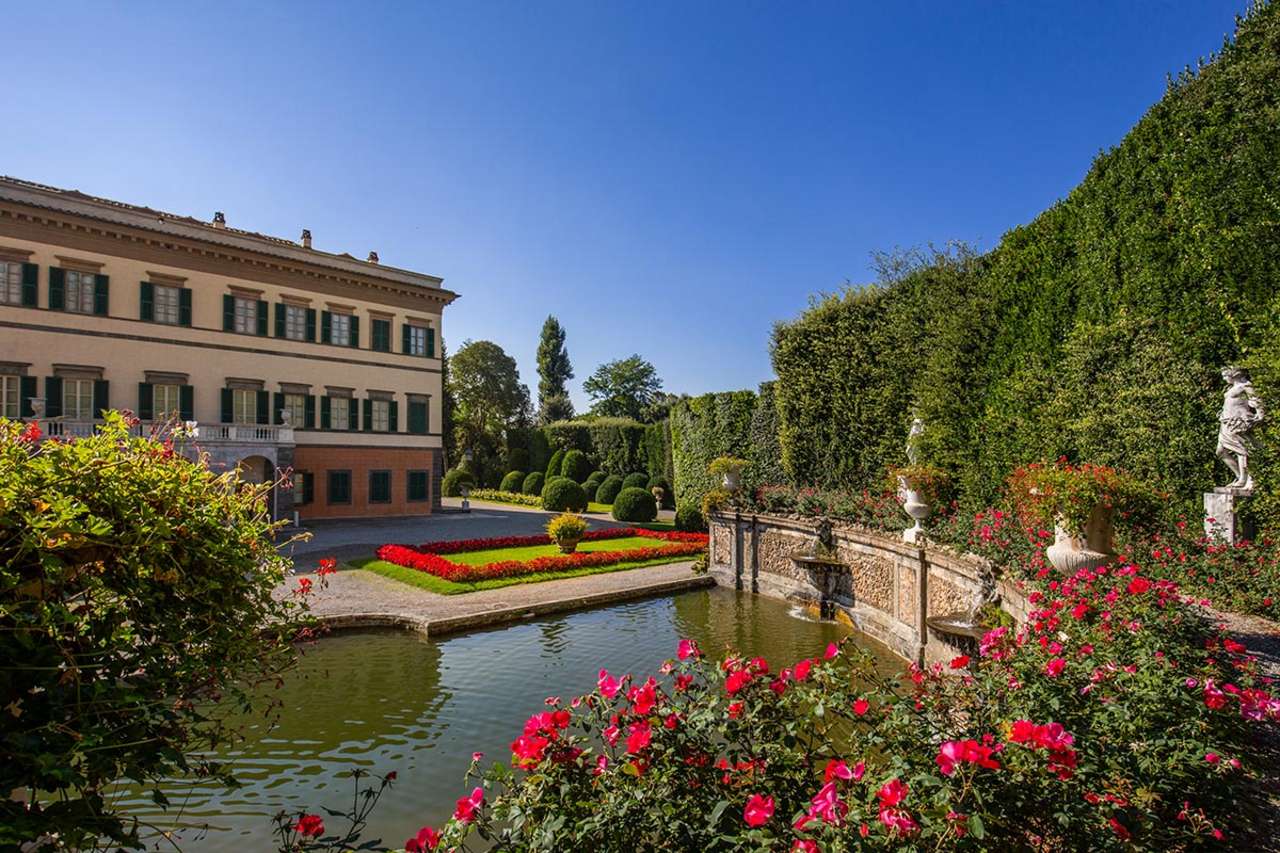 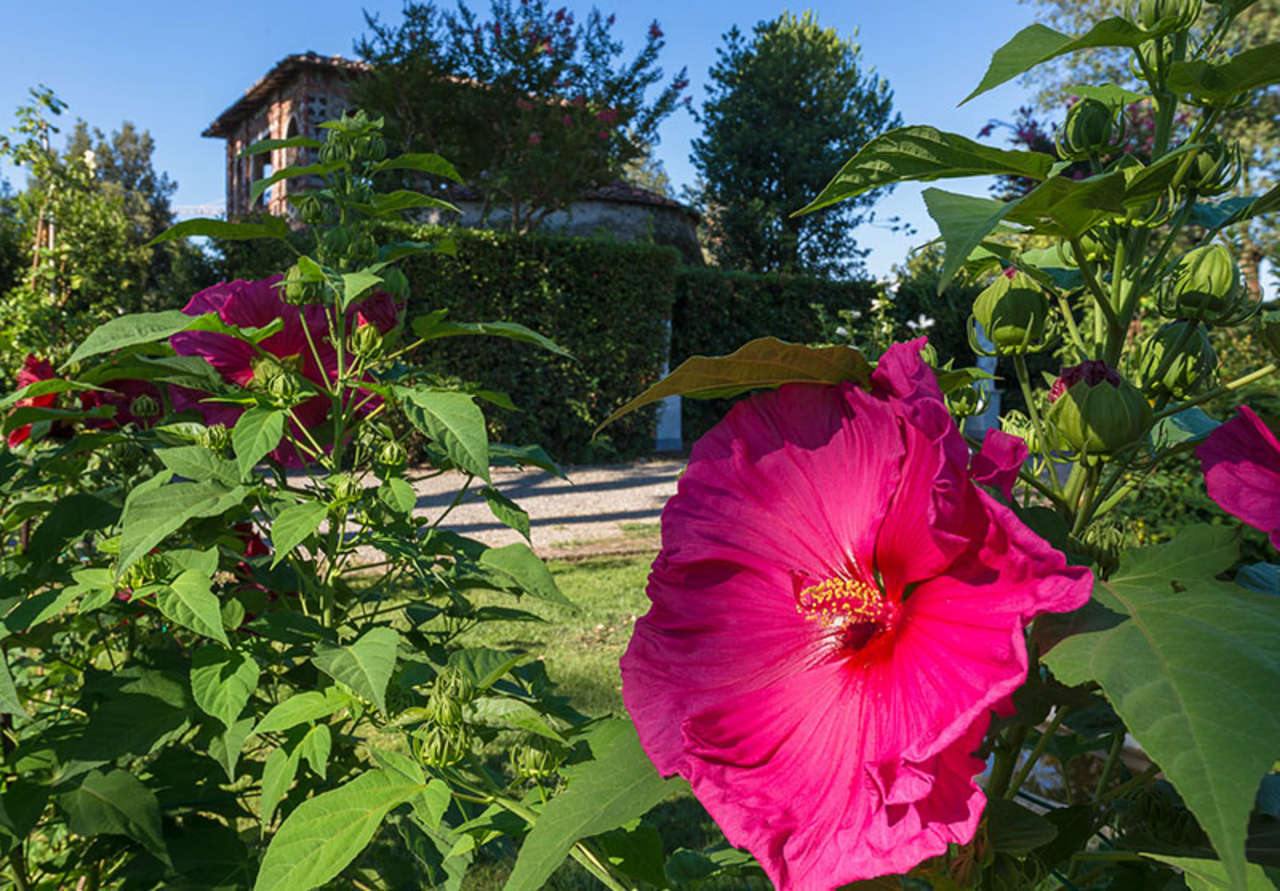 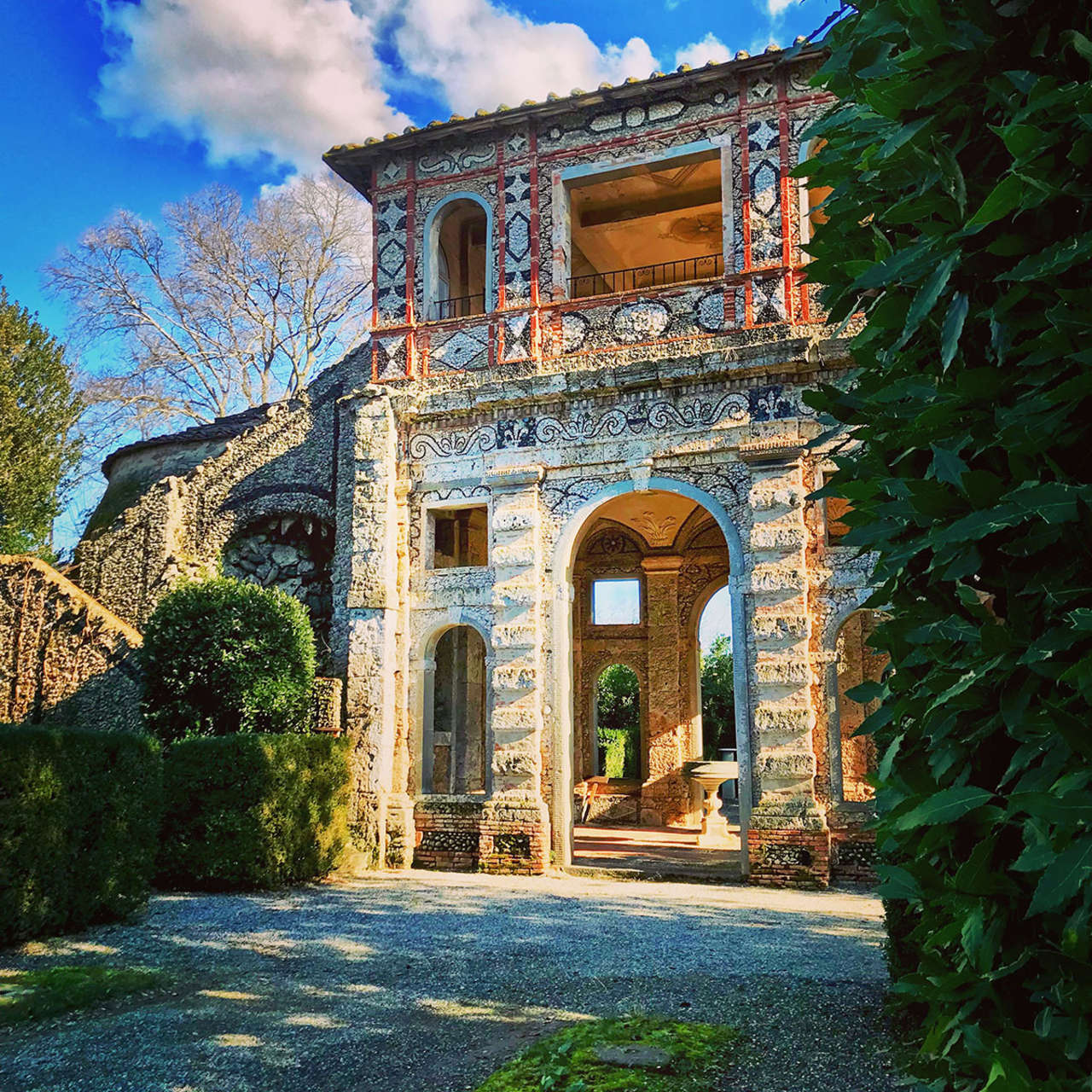 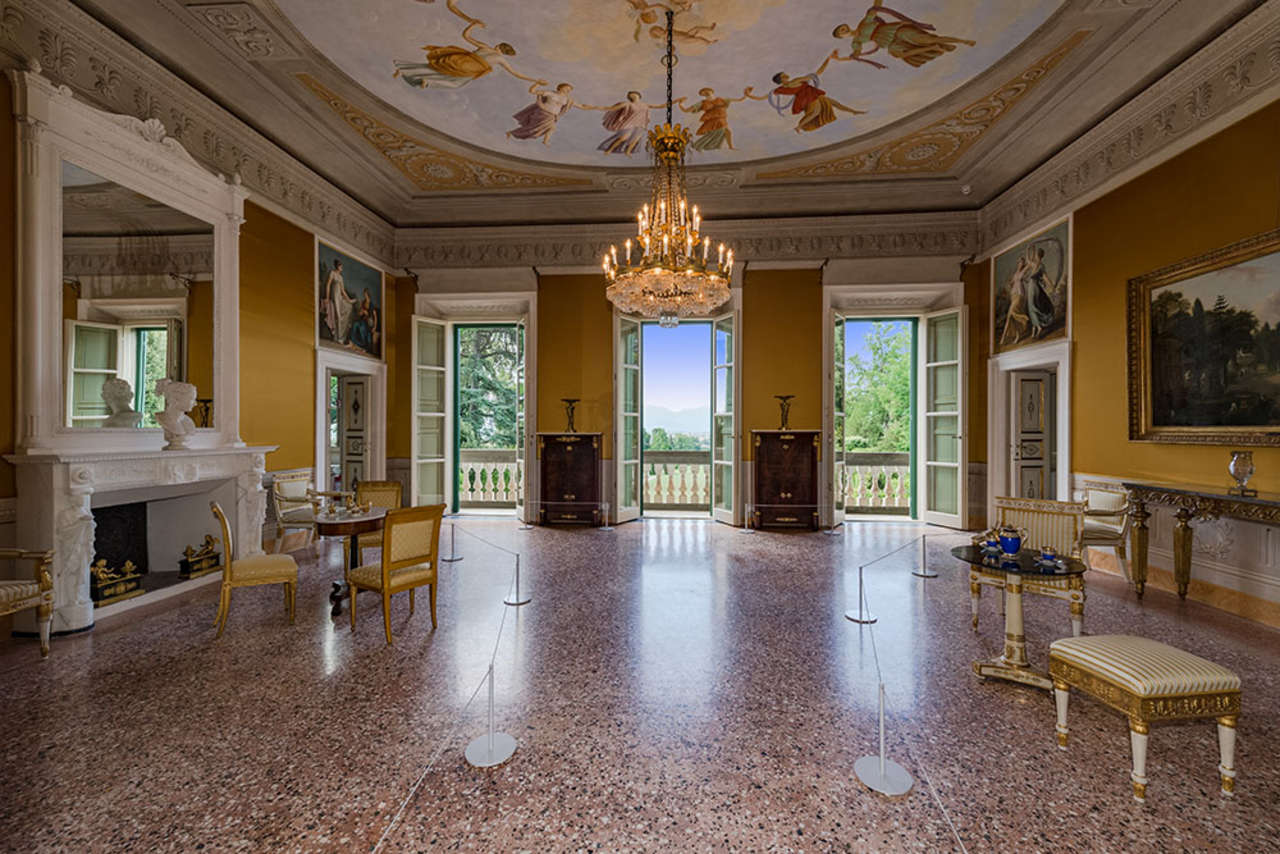 The Villa Reale in Marlia, with early medieval origins, was the residence
of noble families and great art patrons who made it a true masterpiece
of landscape over the centuries. At the beginning of the nineteenth century
Princess Elisa Baciocchi, Napoleon's sister, extended the magnificent
buildings.

She modernized the old Clock House and built the Twin Buildings which act as entrance, according to contemporary taste, but she left the splendid seventeenth century gardens virtually intact, with the most ancient Green Theatre of Europe (carved out of the vegetation) or the Lemon Garden (with more than 200 citrus pots). She also added the Camellia Walkway, particularly valuable for the rare varieties dating back to the nineteenth century. After the fall of Napoleon, other royal familes owned the property till the count and countess Pecci-Blunt, who bought it in 1924, just in time to stop the destruction of the park. They commissioned the famous French architect, Jacques Greber, to restore the park. They had him replant the grounds, creating the Spanish Garden, the Liberty style Swimming pool, various streams and a lake, that still today complement harmoniously and romantically the series of classic Italian gardens from the times of Orsetti.
The past guests of particular importance at the Villa Reale included the violinist Paganini, numerous members of European royal families and the American painter John Singer Sargent, who did watercolours of the gardens.

In 2015, a young couple, having fallen hopelessly in love with the now neglected complex, bought the property and accepted the challenge of bringing the Villa Reale di Marlia back to its former glory by commissioning important and enormous restoration work on both the buildings and the gardens: since 2019 it is indeed possible also visit the Empire-style interiors of the Villa Reale and since 2021 the eclectic museum of Pecci Blunt's collections (at Clockhouse).

By car
From the Highway A11 take the direction Florence, exit Lucca East, Follow the indications for Abetone for 6 km and then the directions for Matraia and Villa Reale. There is a free parking outside the park, near the entrance.

By train
From the Railway Station of Florence Santa Maria Novella take the regional train to Lucca and then bus line 59 up to arrive at the entrance of the park.
Information: www.trenitalia.it

By bus
Line 59 from Lucca: the bus leaves from Piazzale Verdi, passing from the Lucca Railway Station, and makes all stops outside the walls of the city before to reach the park entrance. The admission to the park is discounted for those showing the ticket of public transport.

It's possible to visit much of the park, preferring the meadows at the gravel path, if it is too difficult. Unfortunately it's very difficult to reach the Green Theater and the Avenue of the Camellias for the presence of stairs and less linear paths.

If you love picnic in the green, caressed by a gentle breeze, and sitting on a blanket lying on a grassy enviable, you're in the right place. Here in the Park of Villa Reale at Marlia is permitted to consume your own picnic, surronded by a wonderful naturalistic oasis that smells of history.

Jacques Gréber (Paris 1882 - Paris 1962) gained his first experience in the United States. An architect and urban design, he was one of only a few contemporary figures to succeed in marrying the urban scale with landscape and garden design. Gréber produced planning studies for the expansion of the cities of Rouen, Montreal, and Quebec, and designed the extraordinary garden at Casa Serralves in Portugal.

At Villa Marlia (bought by the Pecci Blunt family in 1923), Jacques Gréber introduced contemporary elements which drew freely on the art deco repertoire, with Arab-style influences. The water garden, with bouganville and evonimus, and the colourful pool, are a unique example in 1930s gardens in Italy.

villarealedimarlia.it
Write to the gardenView the map