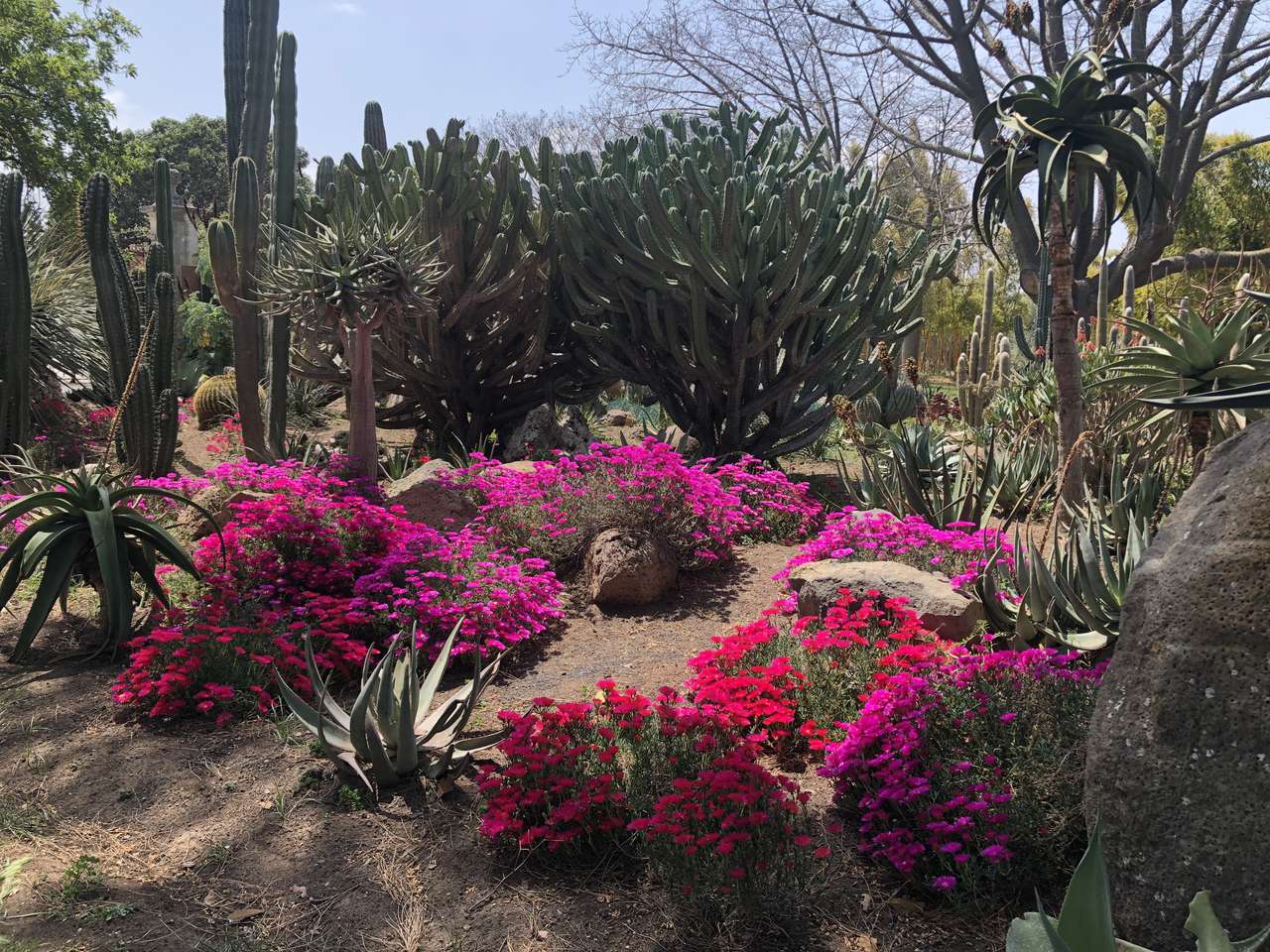 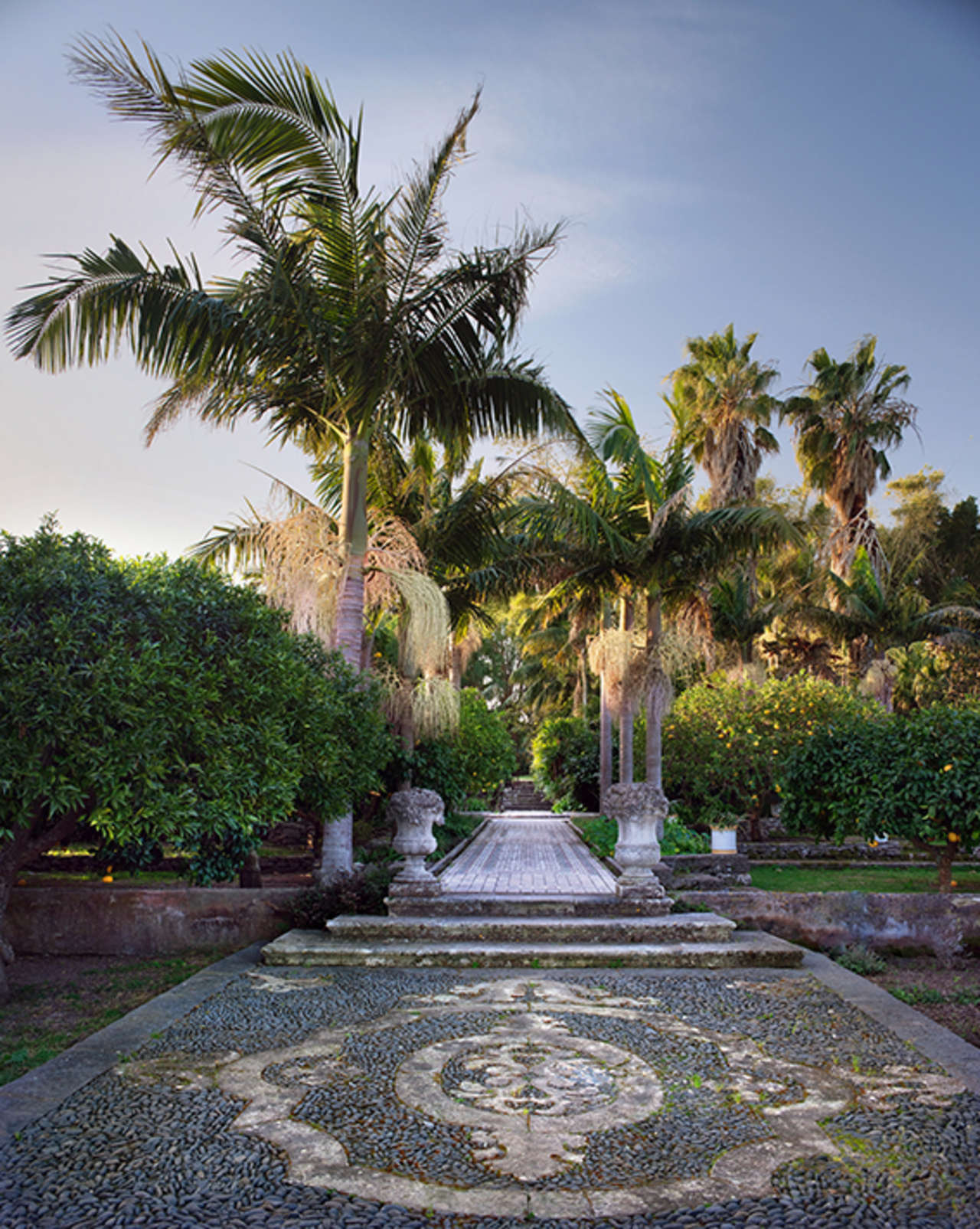 By car
A18 Messina-Catania Highway up to the exit Catania and then take the SS114 toward Catania ring road. Continue until the exit of the SS114 towards Siracusa / Ragusa. Drive in direction of Via Santa Rita in Melilli for about 20 km.

Halfway between Catania and Syracuse, immersed in a sixty hectare orange grove lies the property of the Marquis of San Giuliano who has been guarding the domain since the past eight centuries. In the late 70's the Marquis Giuseppe di San Giuliano with his wife Fiamma Ferragamo, absorb three hectares from the orange grove to create a beautiful garden whose exotic tropical tone is set on the seven years Giuseppe di San Giuliano has lived in Brazil.
The lawned park stretches in front of the family chapel and the main house, once a fortified Masseria, hosts a fine collection of palms succulents, including Brahea, Archontophoenix and Washingtonia. Shade is amply provided by stately specimens of Chorisia, the immense Phytolacca dioica and a ficus collection including the magnificent aerial-rooted Ficus australis.The enclosed courtyard is home to a fine specimen of Ficus magnolioides planted in 1959 with its impressive root system.The rosy pink lava walls are colourfully adorned with bougainvillea and capers whilst the cobbled paths and antique amphora jars evoke a sense of the farm's history.
In recent years the cactus and succulent garden, situated at the main entrance, has been extended to further expand the collection gifting the curious eye a variety of shapes and colors.
Within the more intimate Arab-inspired walled garden, one follows the interlinked water channels 'saie' an ingenious water system imported by the Arabs in Sicily (827-1061) one can wander through tropical jungle-like areas, under shady vine-covered pergolas along elegant mosaic paths towards the softer scented aromatic trails and flowering borders to discover secluded exotic ' rooms'. The breathtaking view stretching into the distance beyond the citrus groves towards Mount Etna is a true gift to the eye.
Today San Giuliano preserves its main vocation for agricultural organic farming alongside the growing and implementing of the beautiful exotic garden.

The estate of San Giuliano has been owned by the family of the Marquis Paternò Castello di San Giuliano for over 800 years. Situated between Catania and Siracusa, with Mount Etna in the distance, the land is very fertile and cultivated mainly with citrus trees species. The estate has for many years and continues to use traditional organic farming methods.
In our small kitchen we produce marmalades and biscuits following family recipes, using only fresh fruit from our citrus groves and natural ingredients.
San Giuliano products can be found in selected shops over the world, but you can also order themonline and receive them at home.
Discover

www.giardinodisangiuliano.it
Write to the gardenView the map