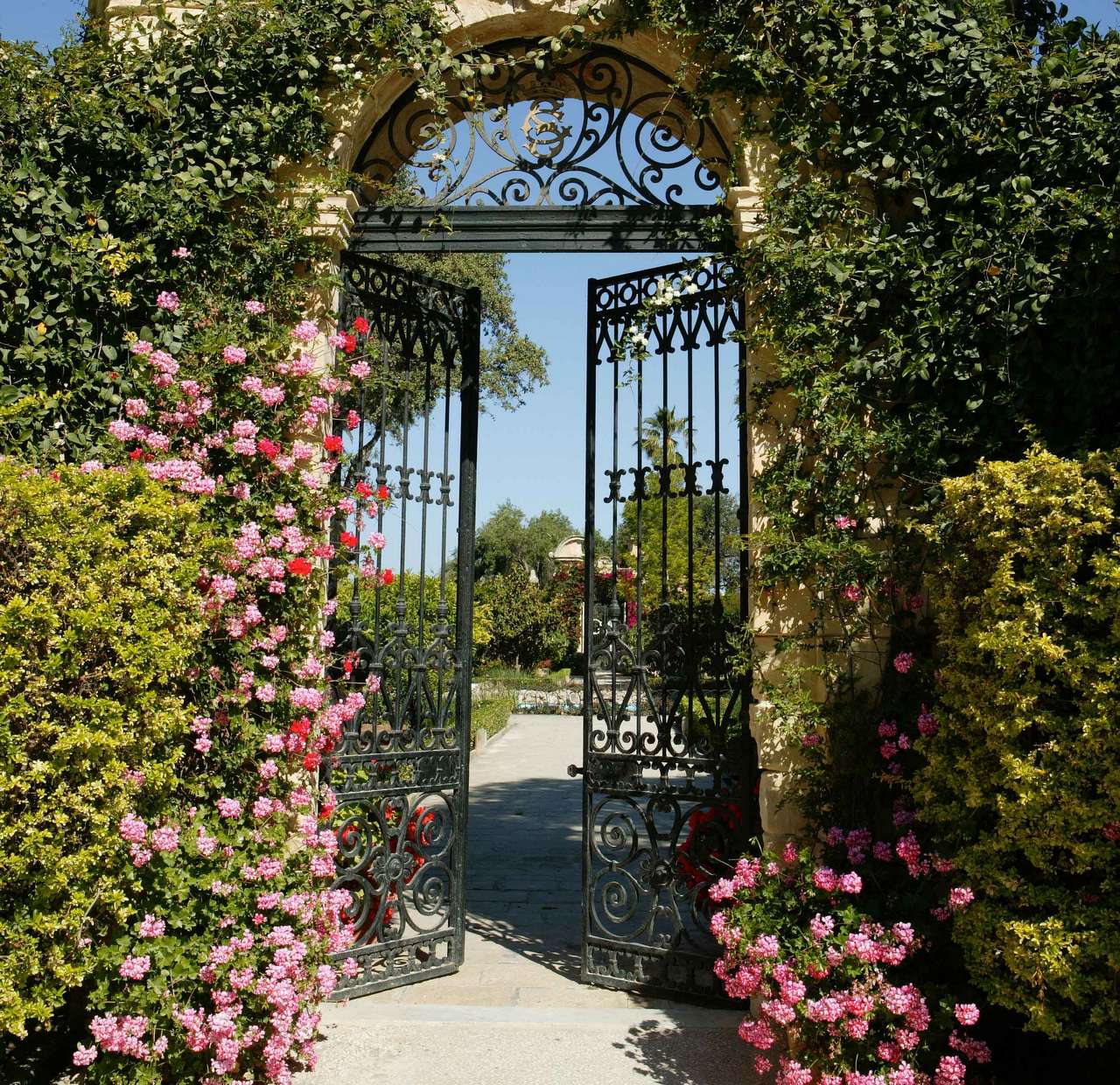 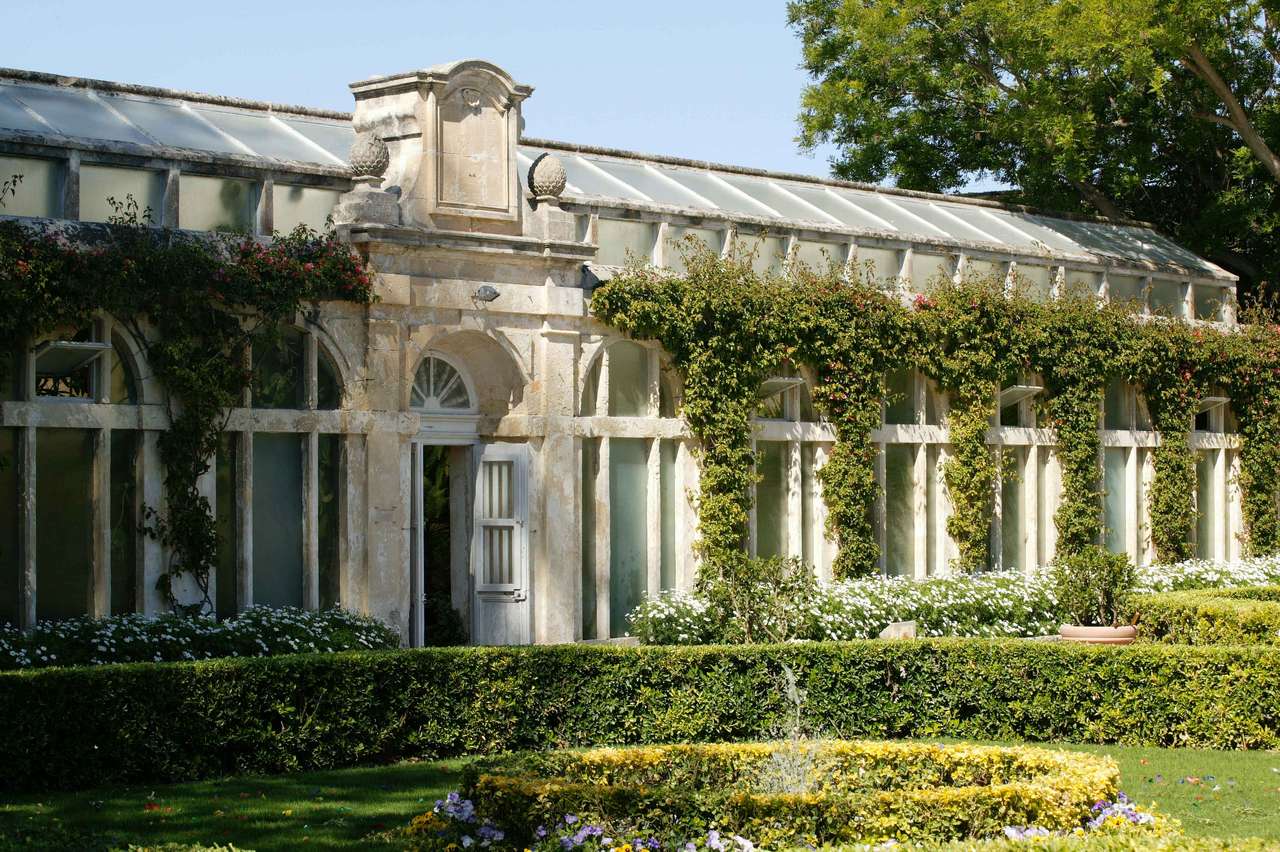 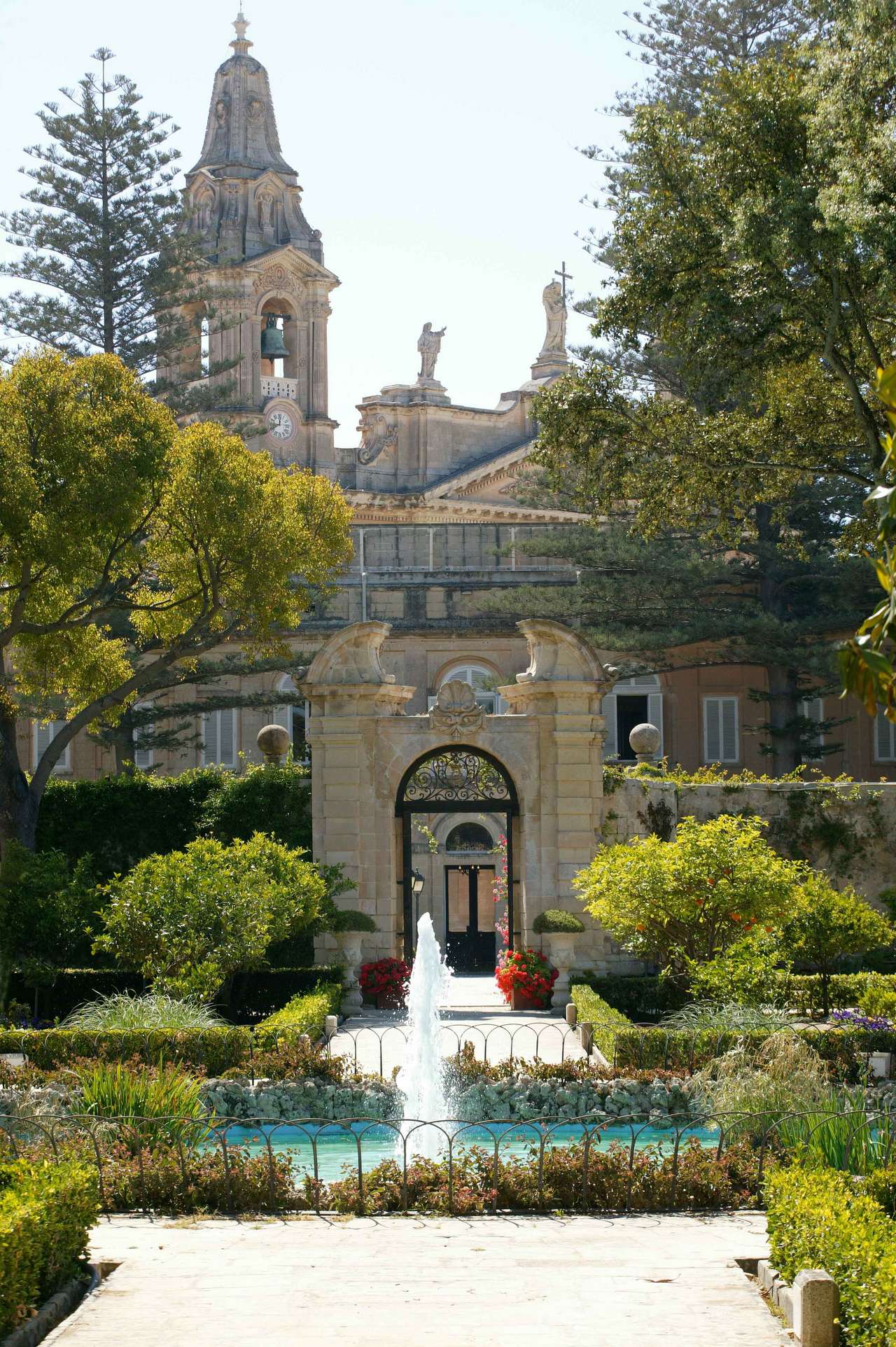 Originally it was the buen retiro of Paolo Parisio, a Sicilian aristocrat, who left La Valletta to enjoy the hunting and cool climate of the Naxxar countryside, the highlands to the north of the city. At the close of the nineteenth century the property was bought by Marquis Giuseppe Scicluna, a Maltese banker and philanthropist, whose heirs, Baroness Christiane Ramsay Scicluna and her daughter Justine, still own it. He extended and transformed it into the present sumptuous home with the assistance of the architect Carlo Sada. The gardens were improved at the same time, according to Italian formal traditions, with two rooms, one within the other, opening onto an English informal garden.
A raised walkway led to the sea, offering vistas over the canopy of olives extending to left and right as far as the eye could see. A huge water cistern, half the size of the garden, linked to nearby wells, was built to irrigate the garden. The original Italian formal walled garden is strictly symmetrical with four fountains and a central path through the splendidly colourful bougainvillea climbers on one side, and the orangerie on the other, built before 1890, with a seventeenth century stone grotto hiding an interesting irrigation system. The layout of the second garden room has a large central pool now inhabited by a family of twenty turtles and dozens of carp happily swimming through the water-lilies.
An assorted collection of Mediterranean and exotic plants can be admired along the garden paths: Chorisia speciosa, Banksia serrata, Coculus, Auraucaria species, Erythrina crista-galli, Jacaranda mimosifolia, Sapindus mukorossi, as well as a collection of 60 varieties of Hibiscus hybrids. There is also an important citrus collection including Citrus medica “ Maxima”, C. aurantium “Canaliculata”, C. sinensis, C. limon and Calamondin. After a stroll through the splendid garden, it is possible to enjoy a delightful English afternoon tea in the exclusive restaurant Luna.

www.palazzoparisio.com
Write to the gardenView the map