GREEN PASS: in compliance with the government regulations in force, provided for all places of culture in Italy (ref. D.L. of 23 July 2021), from 6 August 2021 it is mandatory that visitors show the Green Pass accompanied by a valid identity document to access Villa Lante.
The provisions do not apply to children under the age of 12 and persons with specific medical certification.

www.polomusealelazio.beniculturali.it
Write to the gardenView the map 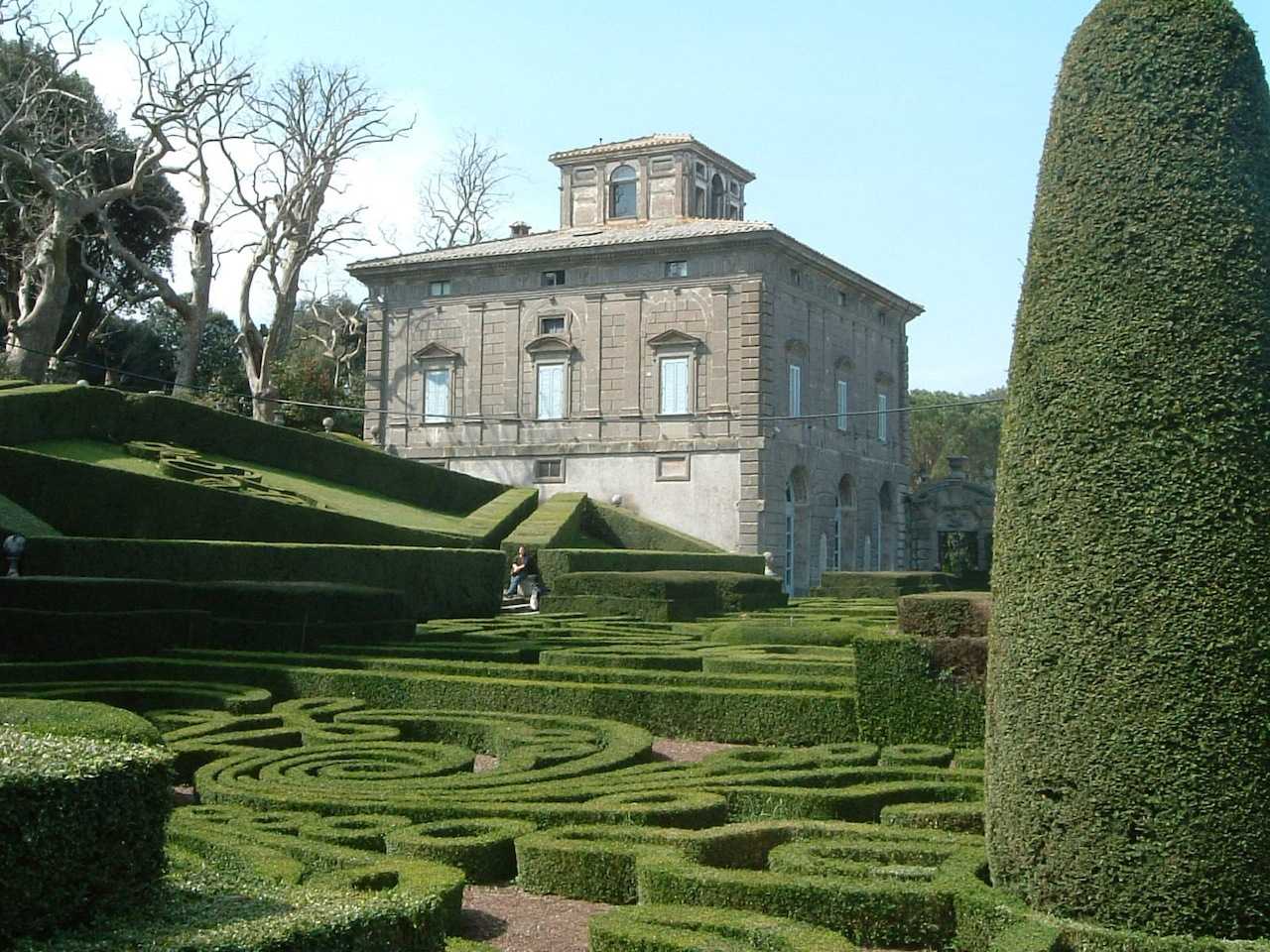 By car
From the A1 exit Attigliano and continue on SP Bomarzese. Continue following the directions for SS675, exit Bagnaia-Montefiascone, and continue to Bagnaia.

Amongst the villas, monumental complexes, historic dwellings and
castles present in the area of Viterbo, Villa Lante best interprets the
modern concept of the relationship between architecture and landscape-
environment, between buildings and nature.

The villa was conceived as a summer residence for the Bishops of
Viterbo and built between the sixteenth and seventeenth centuries
for Cardinal Raffaele Riario, nephew of Pope Sisto IV della Rovere. It
is to the south of the mediaeval village of Bagnaia, on the slopes of
the Cimini mountains and connected to them by three roads which
converge at the main square. The park is now only partly connected
to the villa and was originally intended for hunting activities and
leisure.

In 1566 Cardinal Gian Francesco De Gambara, fascinated by the place, commissioned the famous architect Jacopo Barozzi, known as il Vignola, for a project which would give form and originality to his idea. A thematic relationship exists between the park of Villa Lante and the formal garden, consisting of many fountains present in the park with elements sculpted in peperino stone and seats distributed throughout the 18 hectares allowing visitors to rest during a stroll.

The formal garden is surrounded by a boundary wall which skirts the
Roman road and by terraced walls towards the park. At the top of the Deluge Grotto on the same terrace, the Dolphin Fountain is surrounded
by high box hedges and peperino seats. The fountain known as ''of the Moors'' is divided into four basins which hold up a boat in the centre occupied by a warrior.