www.castelloruspoli.com
Write to the gardenView the map 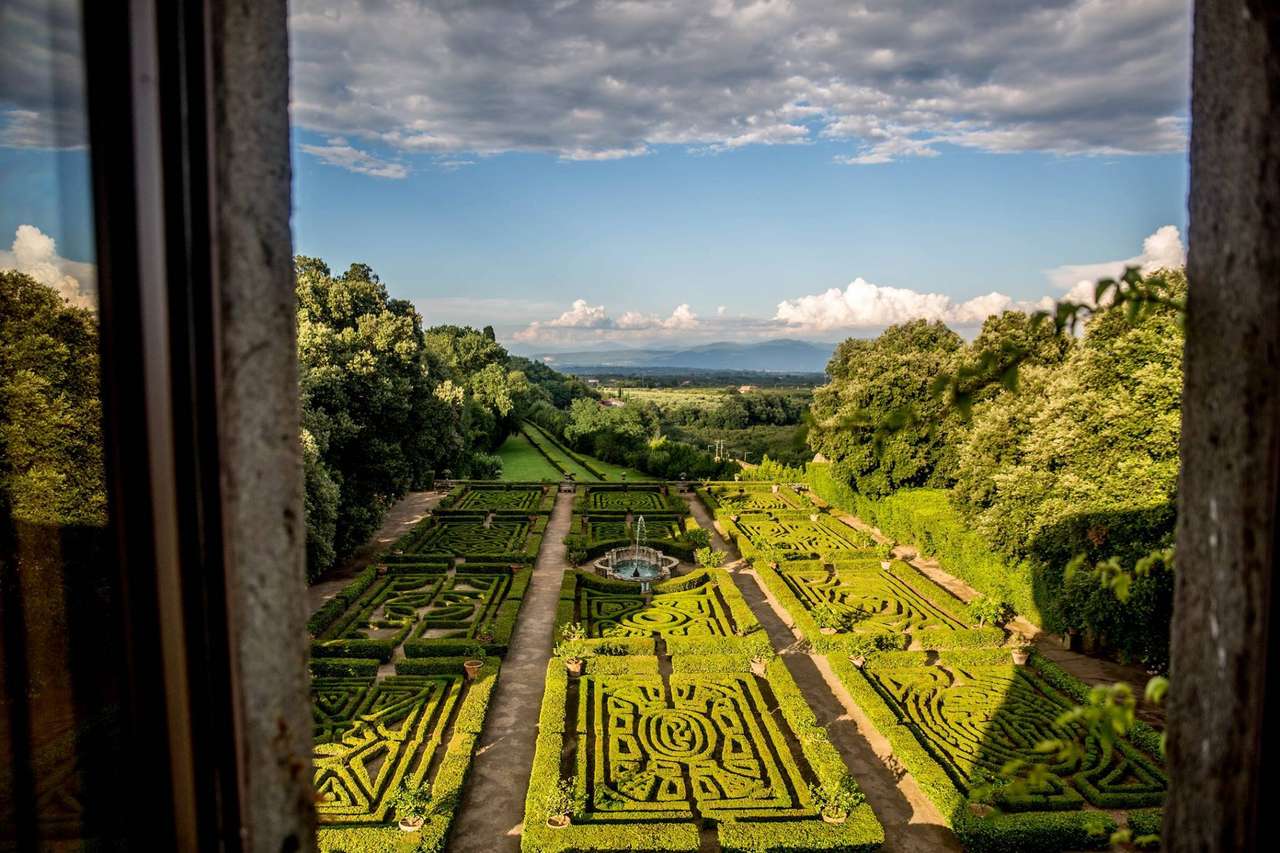 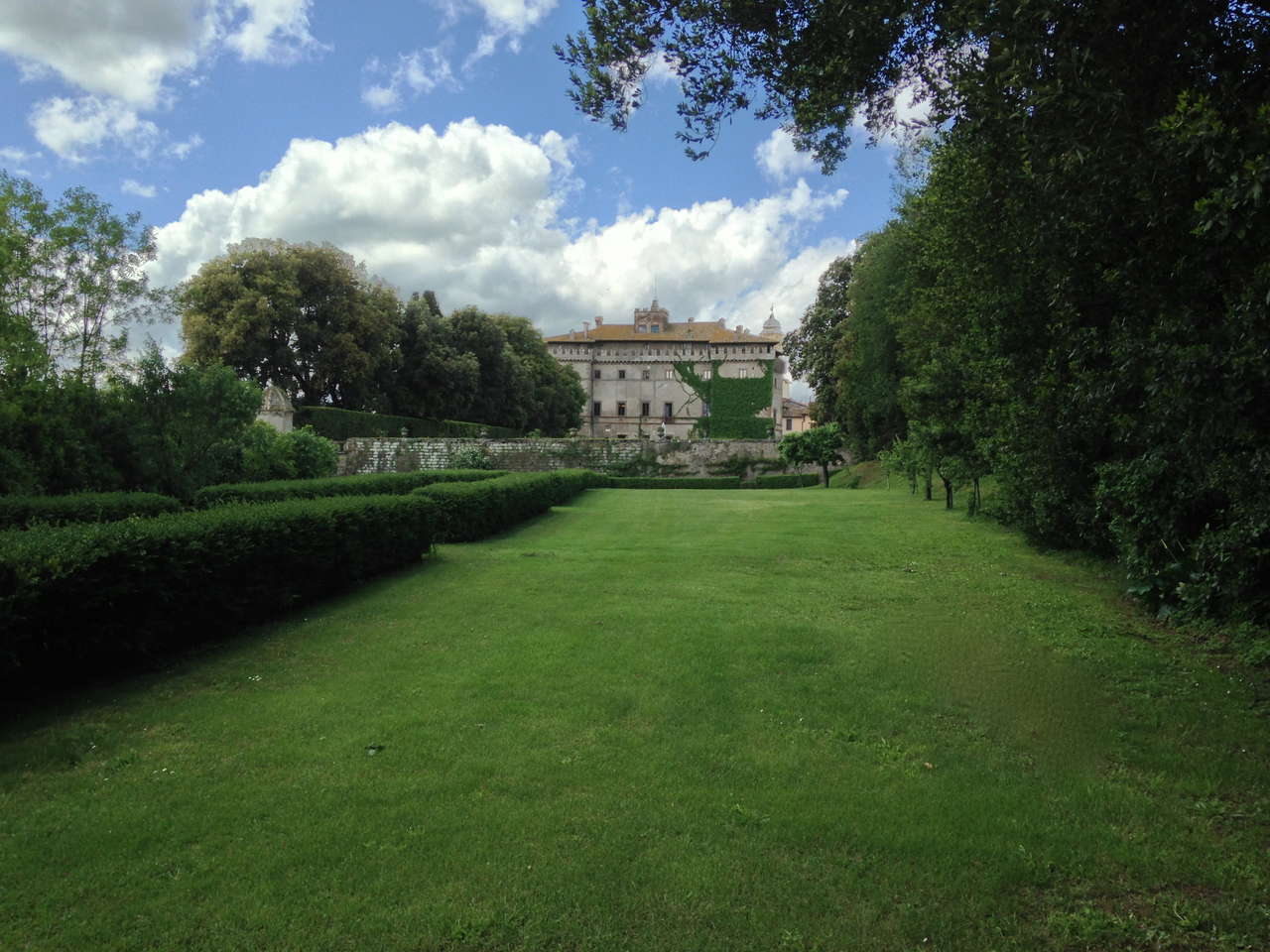 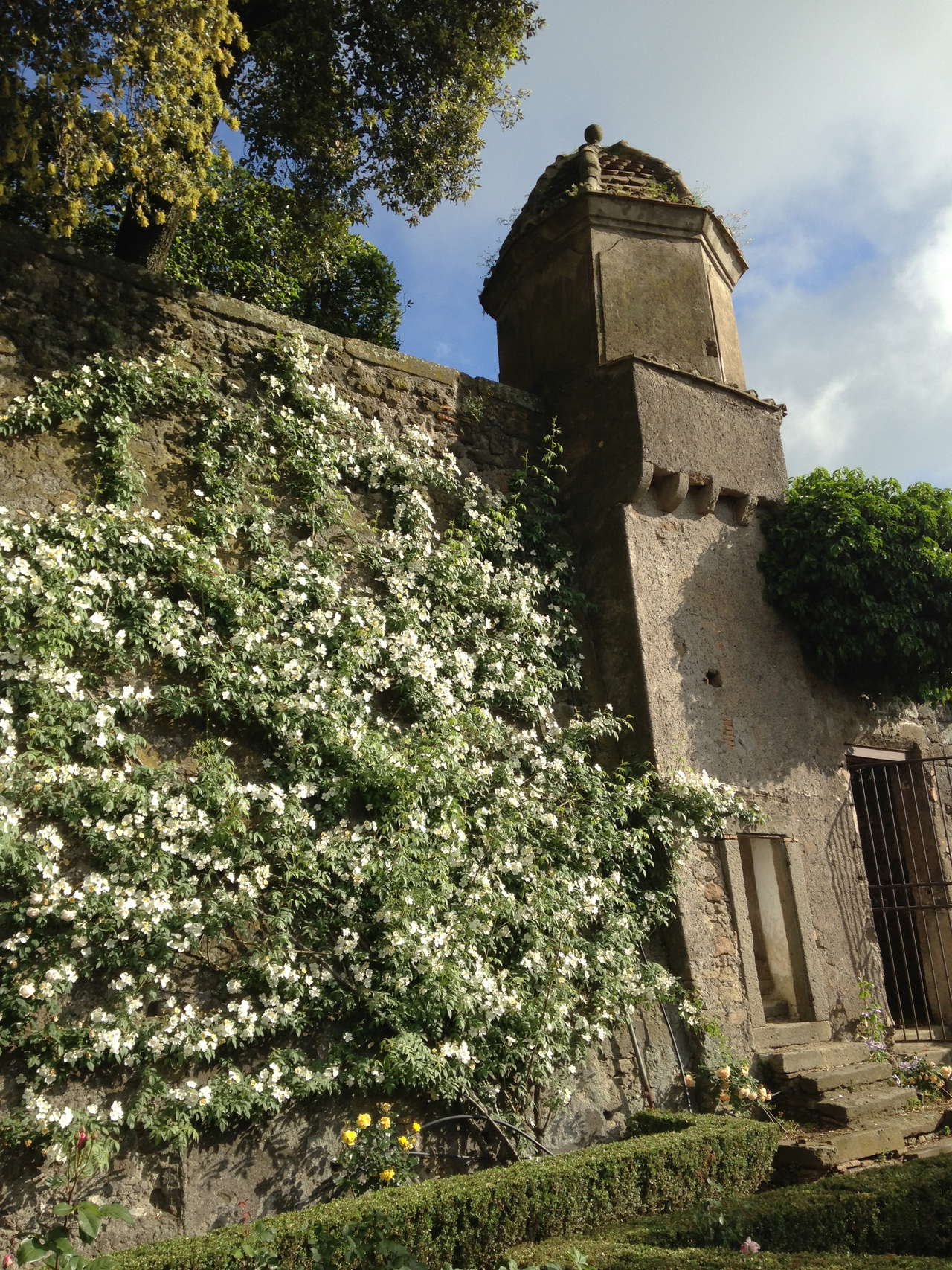 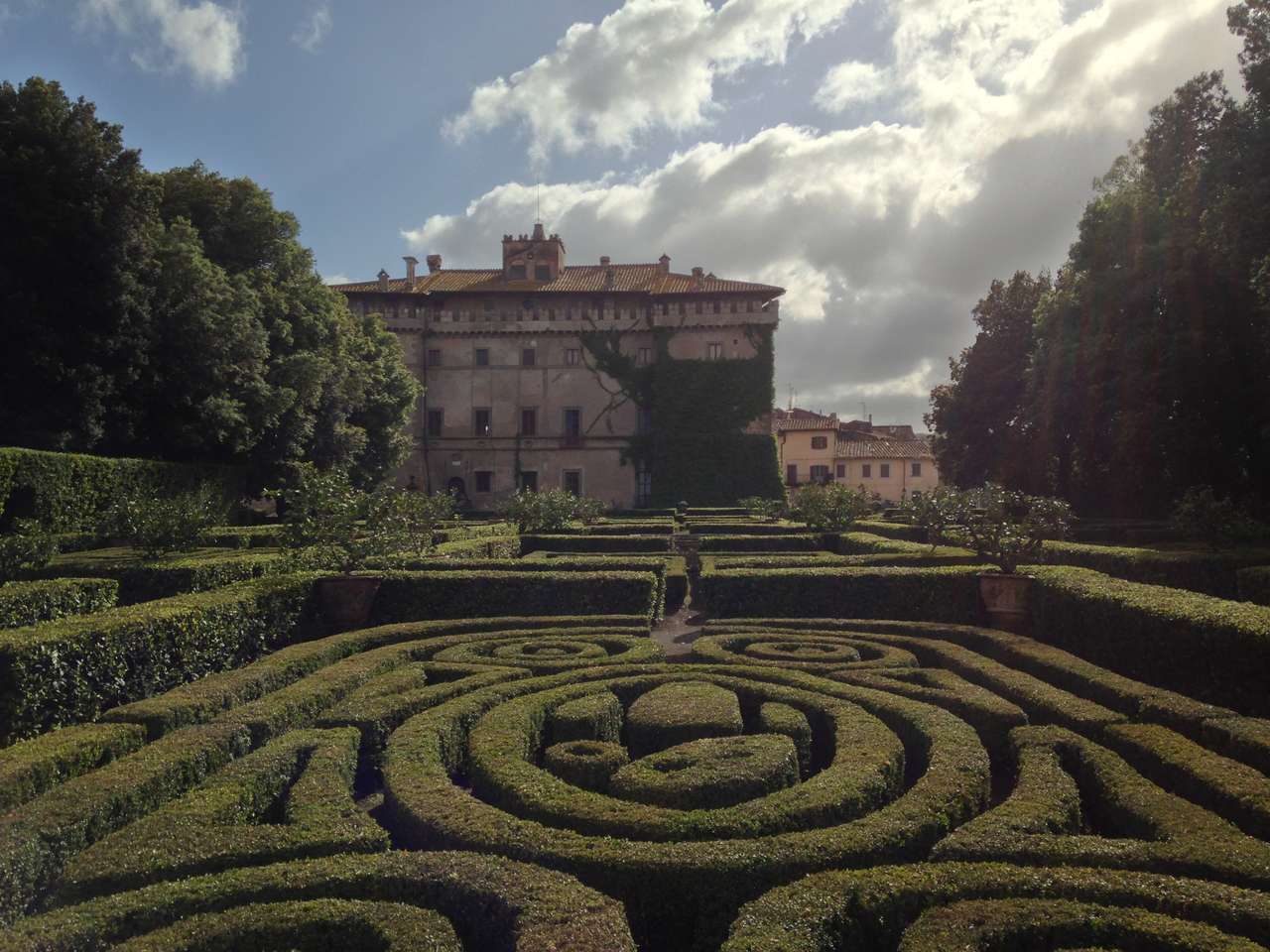 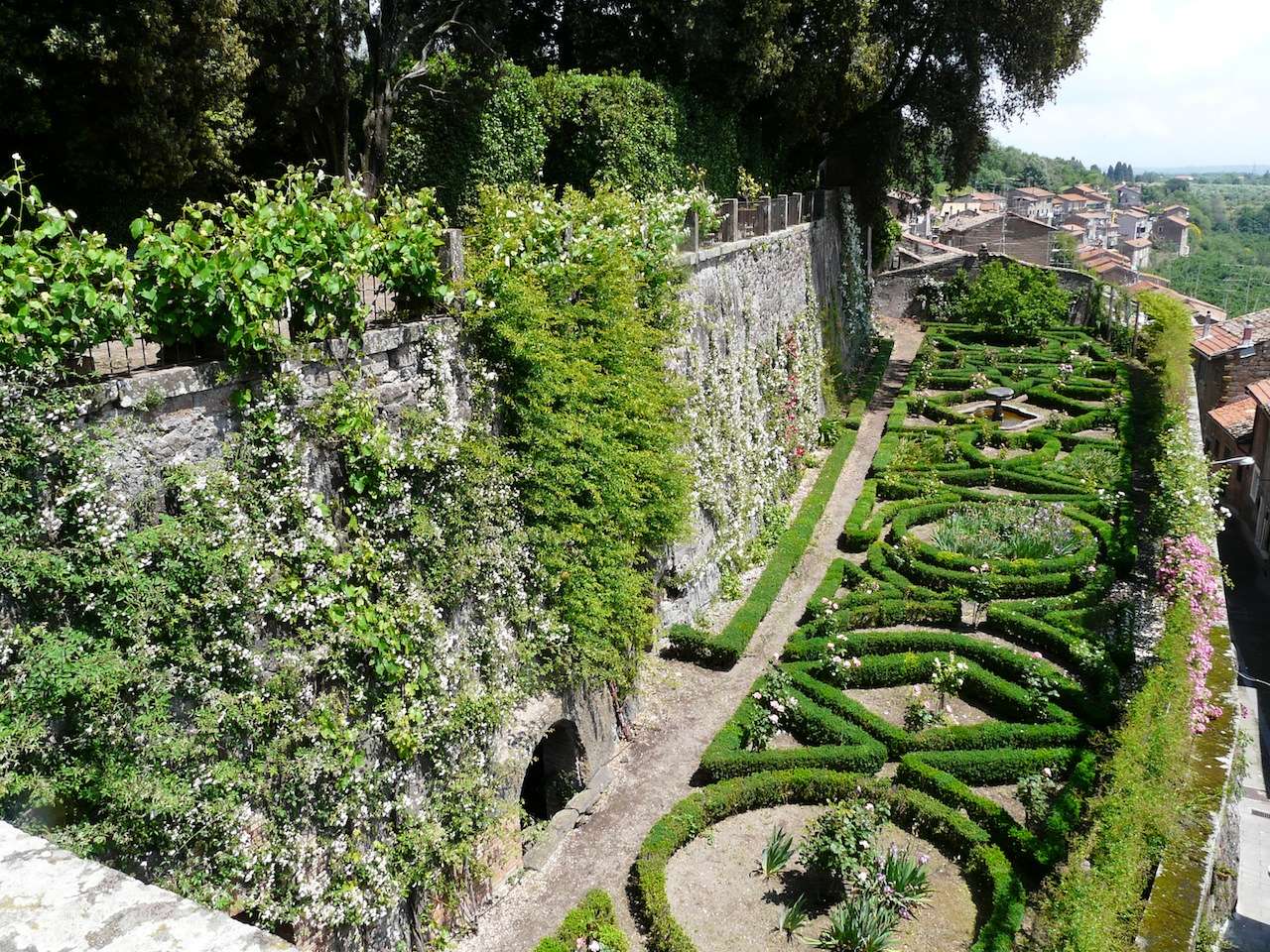 The area around Viterbo has the greatest concentration of historic gardens in the world and here the Italian style garden has reached its highest peak. Vignanello is possibly the most elegant, sophisticated and famous in the world. The property has developed around a fortress built by Benedictine monks in 853 when the land belonged to the Papal State.

The first feudal lady was Beatrice Farnese in 1531. When she died five years later Pope Paul III Farnese confirmed the inheritance of her daughter Ortensia, married to Sforza Ercole Marescotti. The construction was transformed by Sangallo according to Ghibelline architectural schemes. The garden took shape in 1610 due to Ottavia Orsini, the wife of Marcantonio Marescotti, and daughter of Vicino Orsini, the creator of the extraordinary Bomarzo garden, who has left indelible proof of her love for this place, her initials and those of her two children Sforza and Galeazzo, thus recording the date of the garden's creation. In 1704 Francesco Maria
acquired the name Ruspoli from his grandmother Vittoria Ruspoli from Siena. Today the castle is still the summer residence of the
descendants of the same family.

The adjoining garden has one of the most highly acclaimed seventeenth
century parterres; the great rectangular space is intersected by four avenues which outline 12 box squares around a fountain enclosed by four arched balustrades. These ''plant sculptures'', originally of sage and rosemary, give the place the clarity of an abstract geometric design. Notwithstanding the changes in style, particularly at the end of the eighteenth century with the fashion for French broderies, the garden has remained miraculously intact.

The Ruspoli Castle has belonged to the same family since 1500. To this day the descendants continue to take care of it with great love and passion. Thus the guests of the castle will have the unique opportunity not only to live in the Castle but also to experience the way of life and the traditional hospitality of its owners.
Discover

By car
From Milan / Rome: Highway A1 exit Orte continue for Vasanello and then Vignanello.
From Rome: Cassia Bis exit Civita Castellana continue on Cassia Cimina direction toward Caprarola Factory-Rome-Vignanello.

On the train
From Roma Termini Rail Station you can take all trains to Florence, Ancona, Terni and Viterbo or from Piazzale Flaminio Rail Station Linea Roma Nord train to Civita Castellana-Viterbo, Vignanello stop.

By plane
Dostace from the International Airport of Rome Leonardo Da Vinci: 120 km