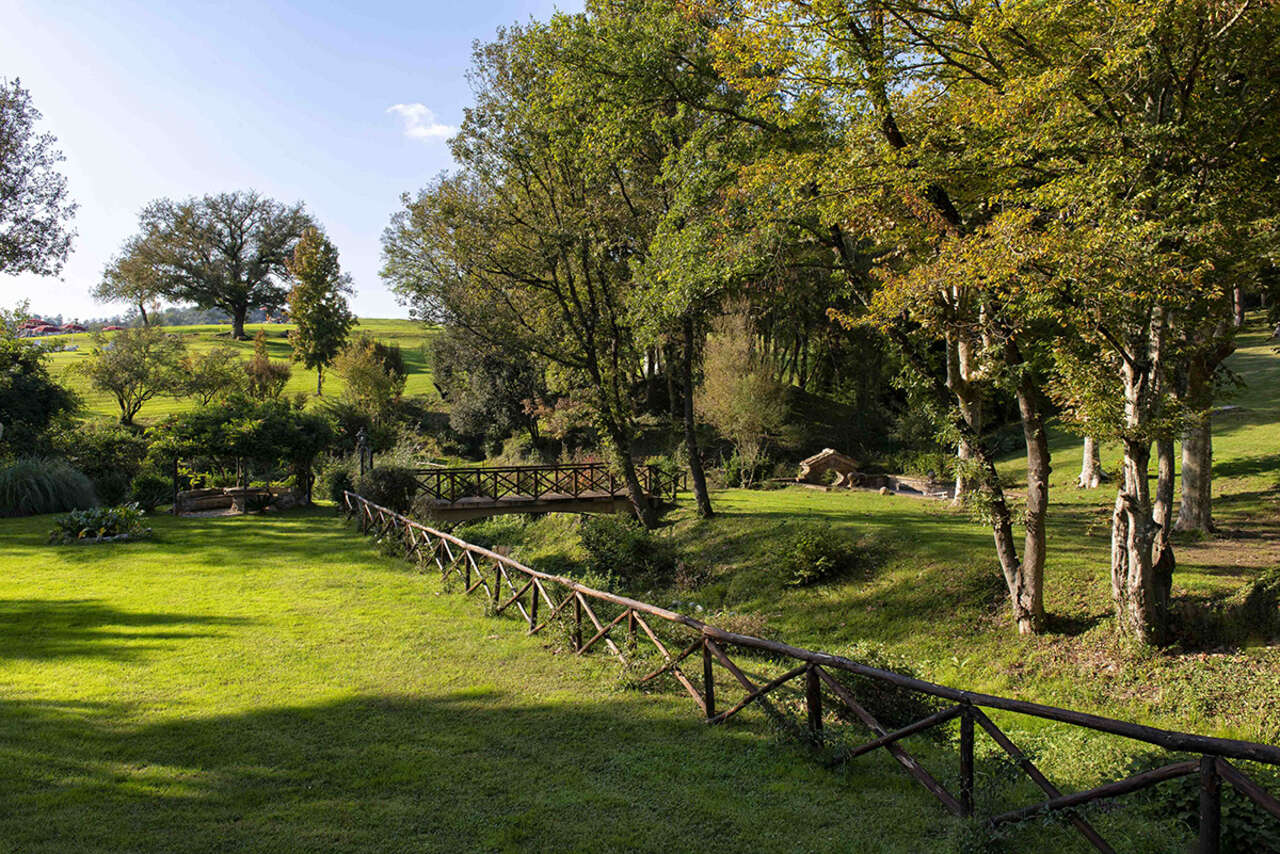 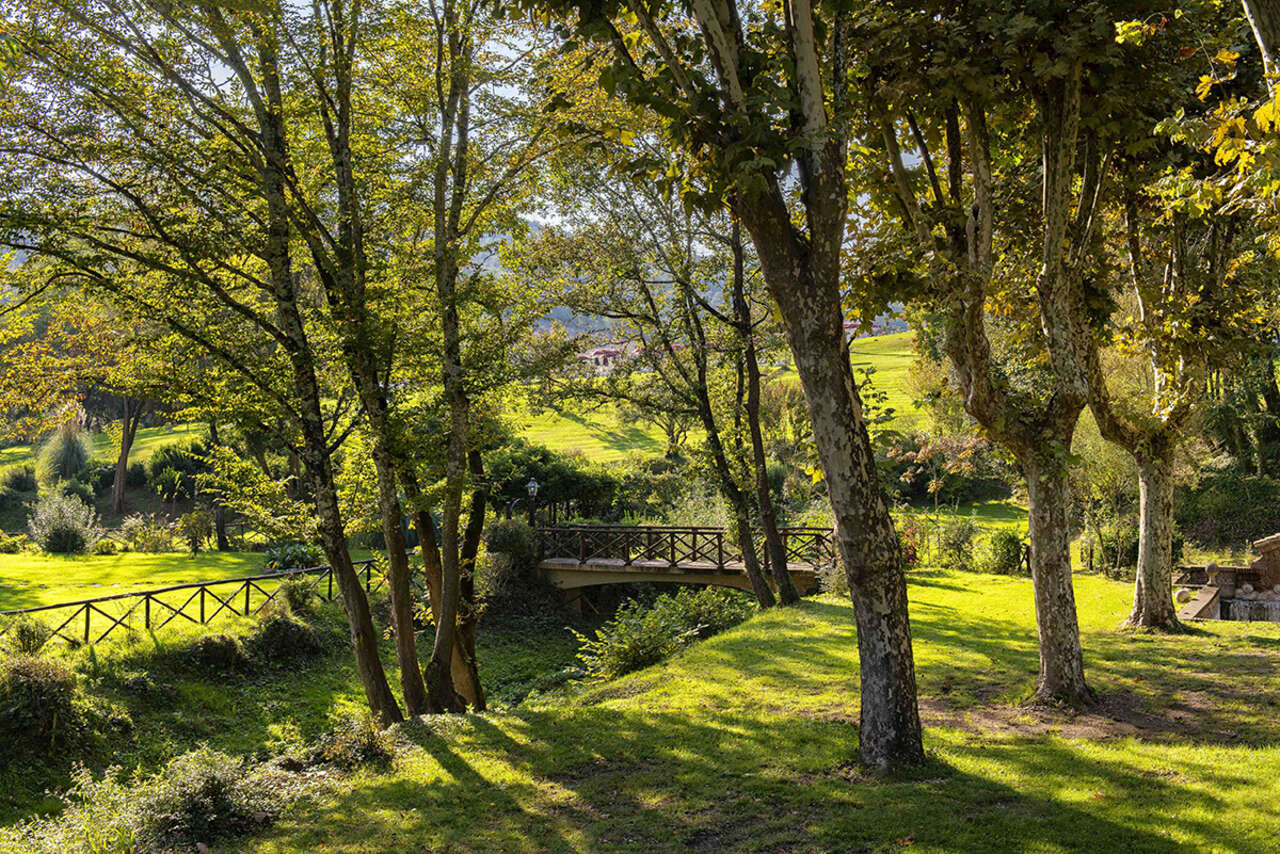 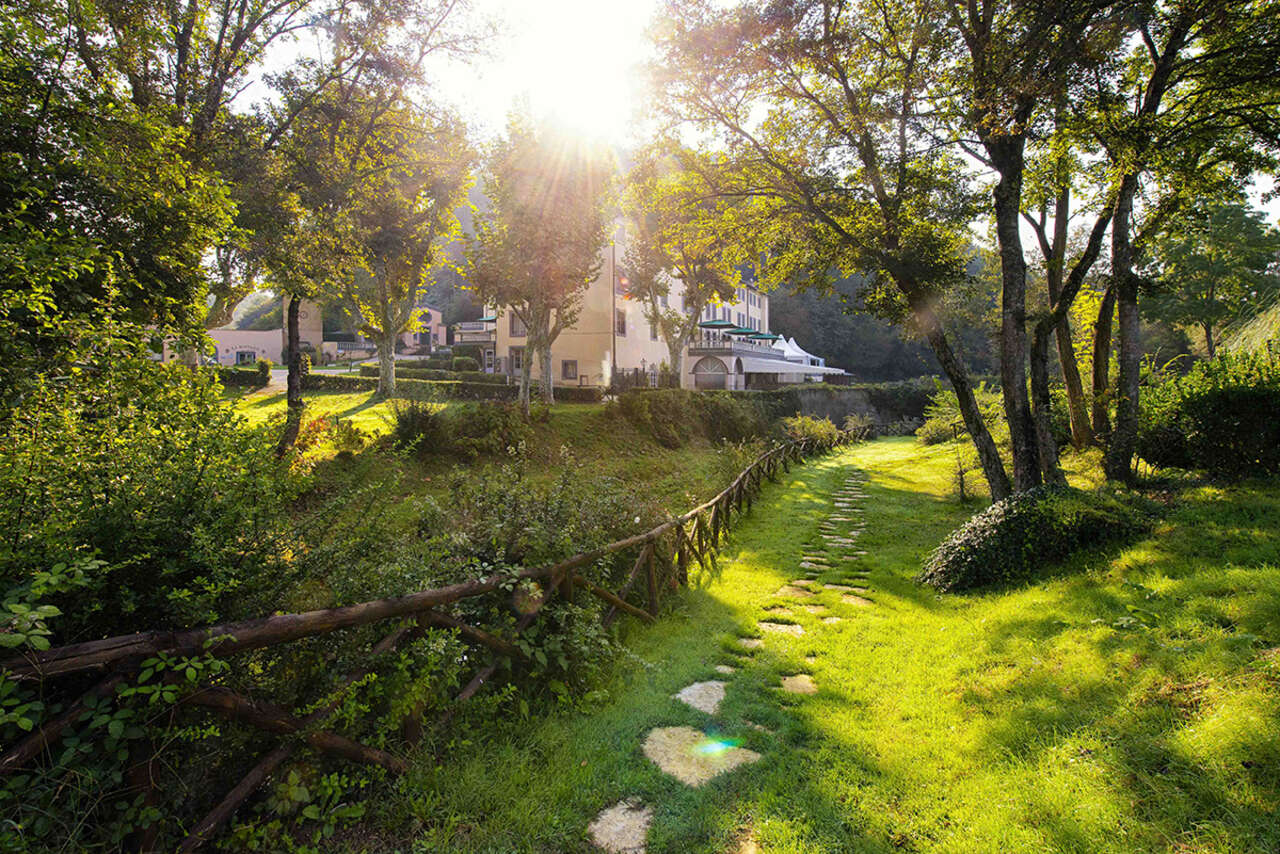 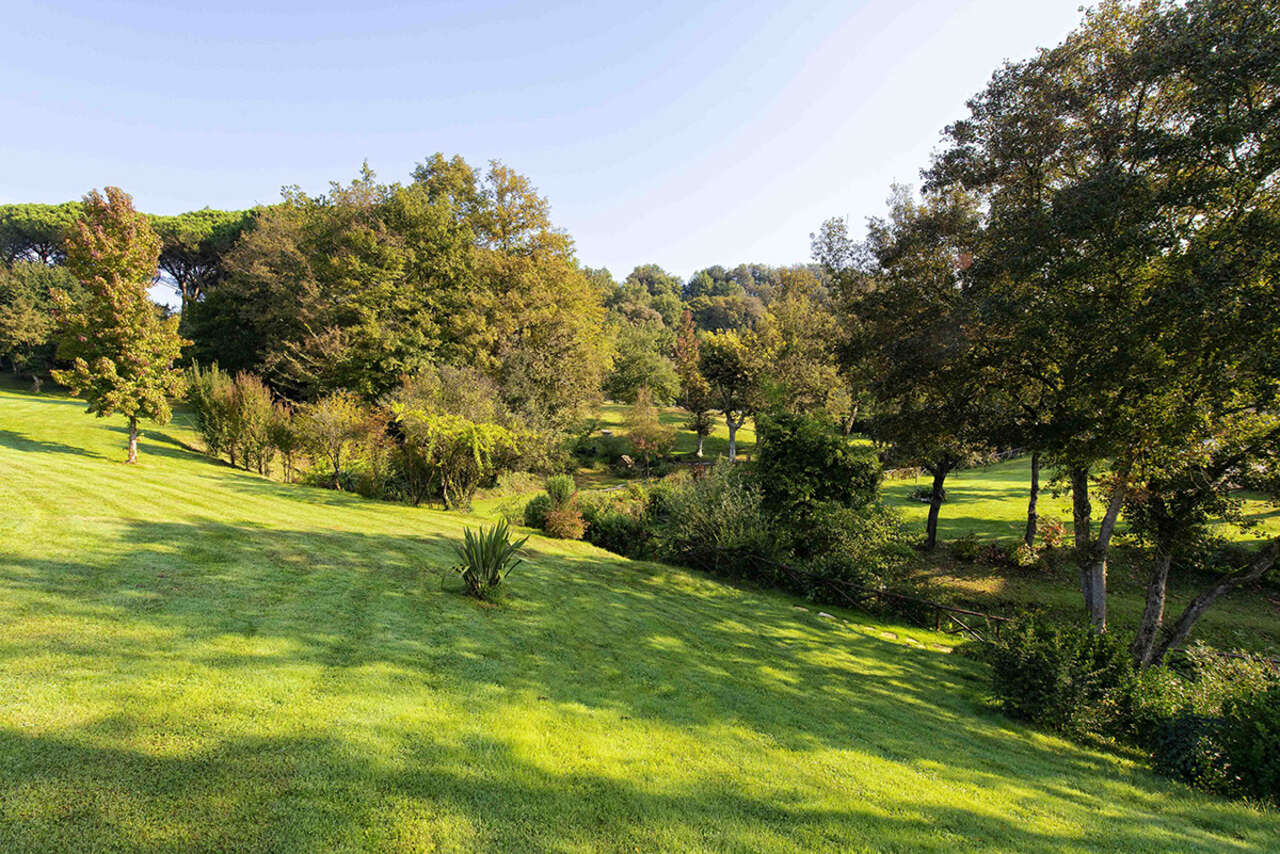 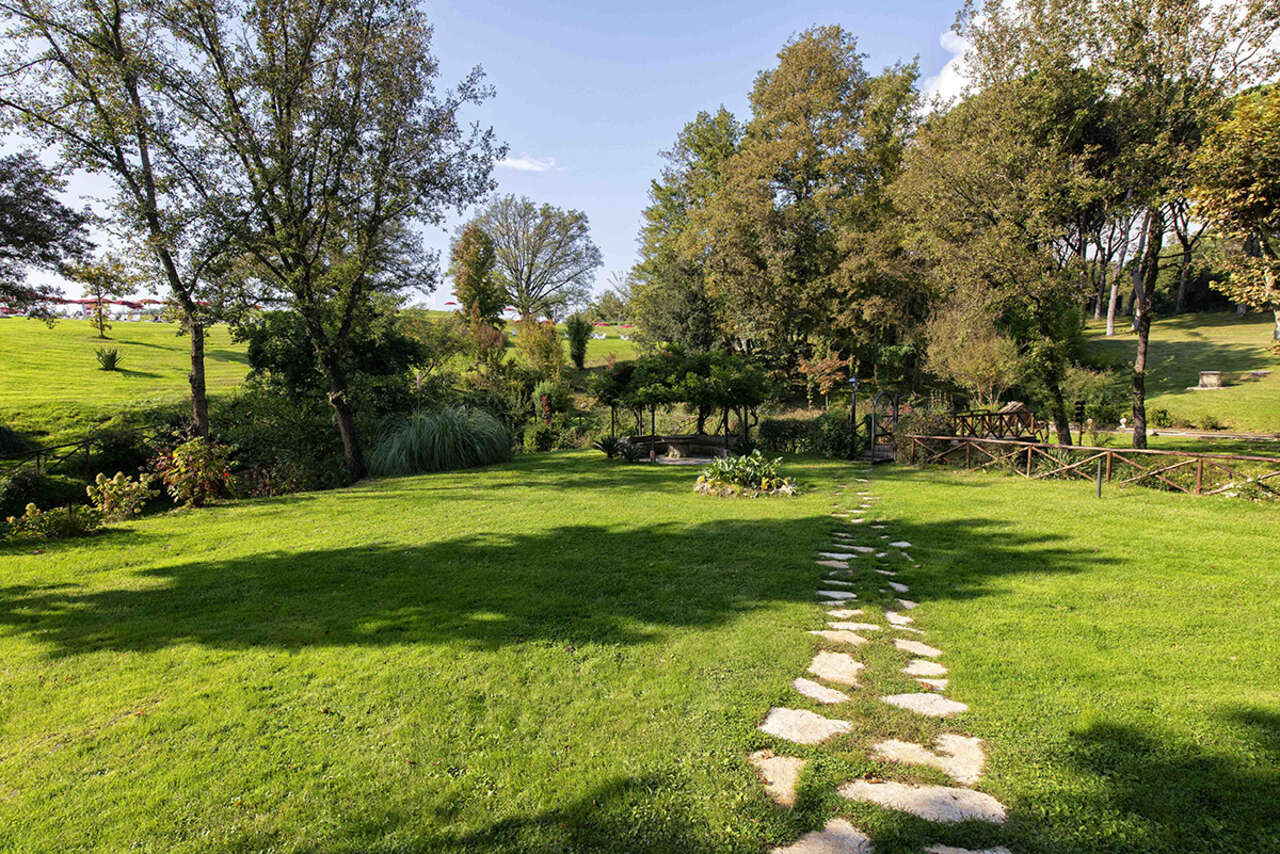 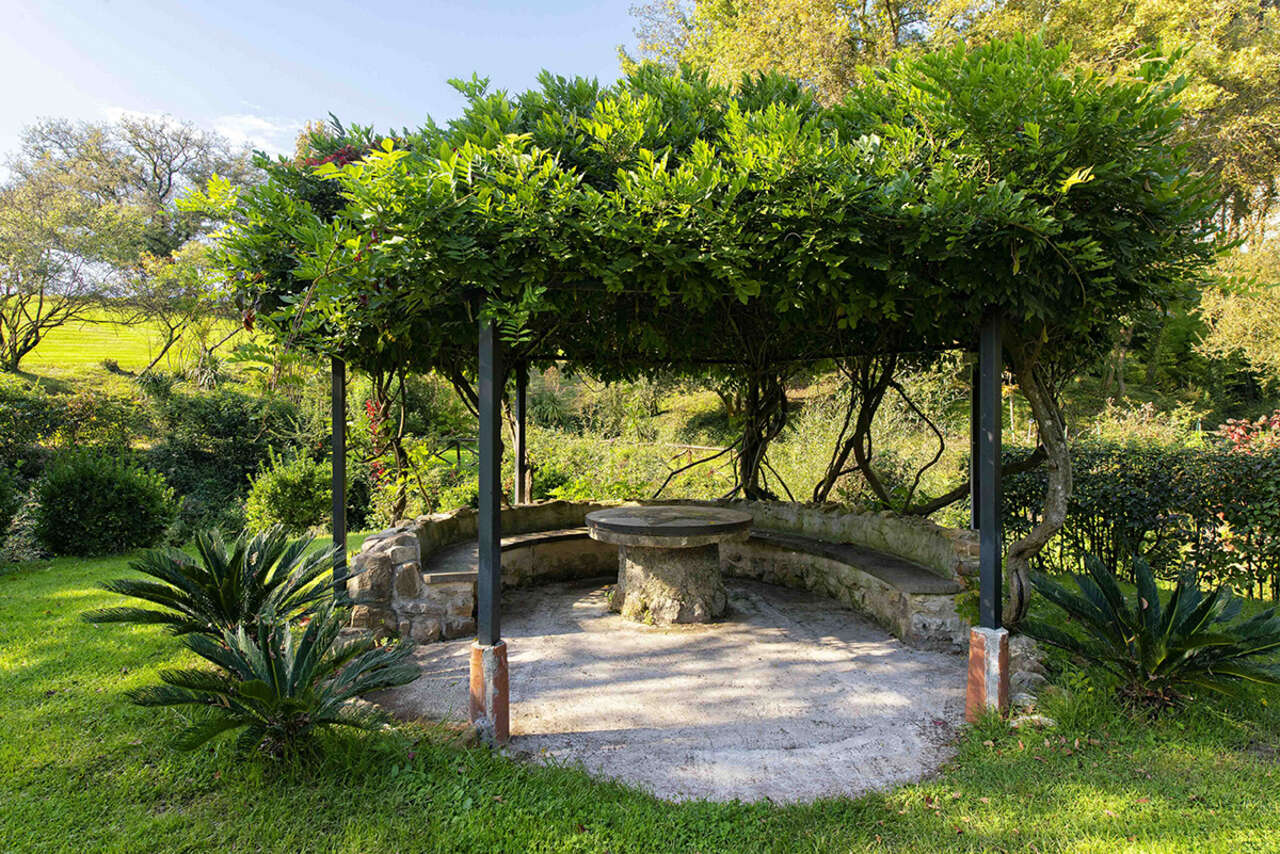 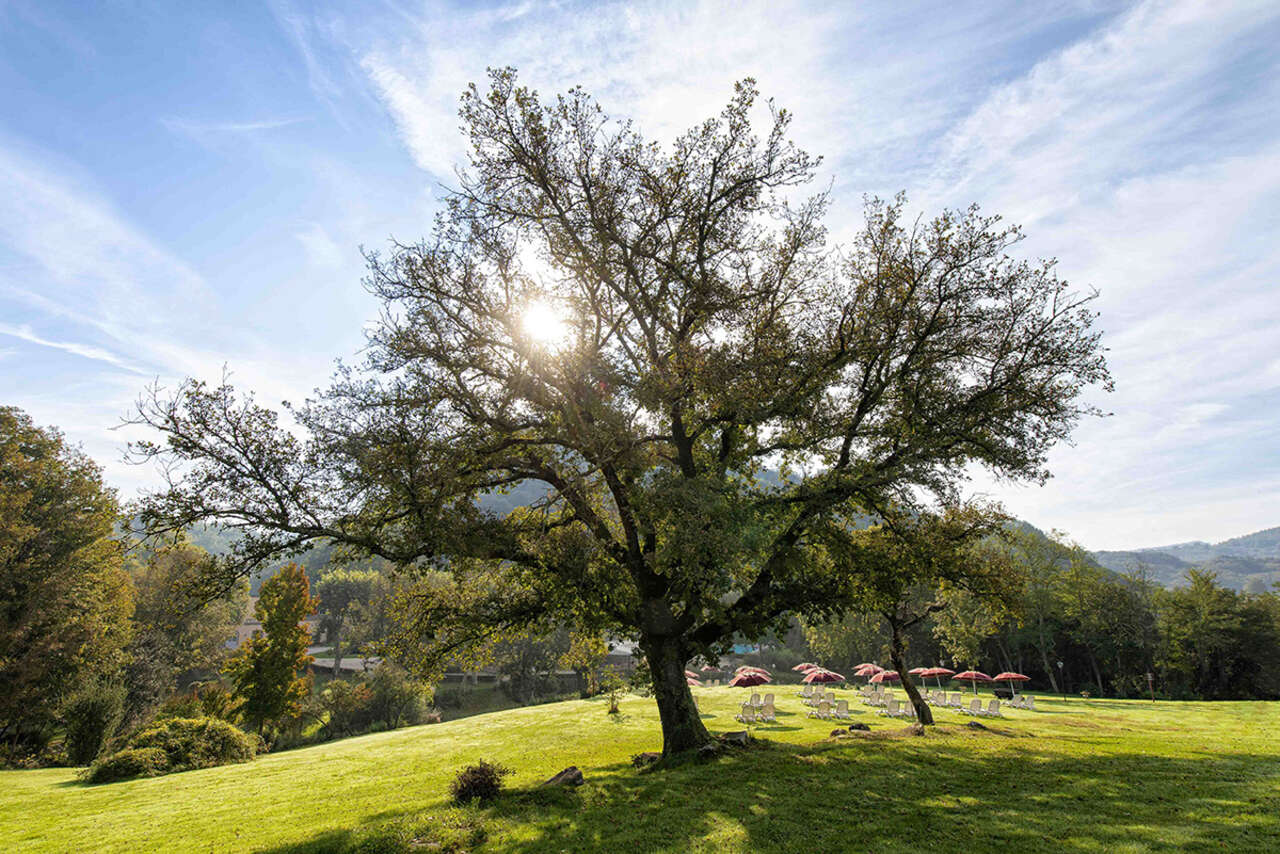 From Rome
Roma - Civitavecchia Highway , Cerveteri exit, continue for Bracciano and Manziana and continue in direction of Canale Monterano - Tolfa, at km. 31, turn left following the above specifications for Stigliano.

Water governs Stigliano: the nine different springs and two rivers which flow through it make it unique. These waters are thermal and curative and boast a millenary history. After the Etruscans, the first to be fascinated by the enchantment of the place were the Romans, who chose Stigliano as a thermal residence. Some vestiges of the Termae Stygianae can still be admired in the park, such as the ruins of the Roman baths, extended by Emperor Tiberius, and the consular road. Already in the eighteenth century Prince Altieri restored the aquae stygianae to their ancient usage. He reopened the thermal baths to the public and built a hotel and small church near the springs, giving life to a little village. Now, after a century of neglect,
the Imperial baths, hotel, eighteenth century village and park have reacquired their ancient splendour and act as a meeting point between natural and constructed beauty.

The presence of thermal waters which flow deep down has made the flora at Stigliano extraordinarily lush. The exceptional microclimate enriches the typical flora of Latium with endemic species.
The twenty hectare park, completely restored by the Marchioness Umberta Patrizi Montoro, follows a magic itinerary traced by the ever-present water. Maples, ancient oaks, holm oaks, sessile oaks, hazels, tamarisks and giant bamboos mingle with the predominant stretches of Roman pines in dream-like geometry. In the sophisticated play of scent and colour even the fauna of the park is extraordinarily varied and herons, falcons, owls, porcupines, badgers, foxes, weasels and stone martens are all assiduous guests.

A House founded on the ruins of Roman temples, which has been in the hospitality business since the 18th century.

Nowadays the hotel offers a refined and elegant atmosphere in line with the glories of the past but also with the needs and comfort of the modern world. A wonderful place, which expresses the warming atmosphere of a typical historical noble palace.

You can walk, enjoy nature and spend a relaxing day in a pure landscape. The lush park is surrounded by 20-hectare green hills, with 5 thermal springs from which flows sulphur–iodine hyper-thermal water (from 36 °C to 56 °C).
Discover