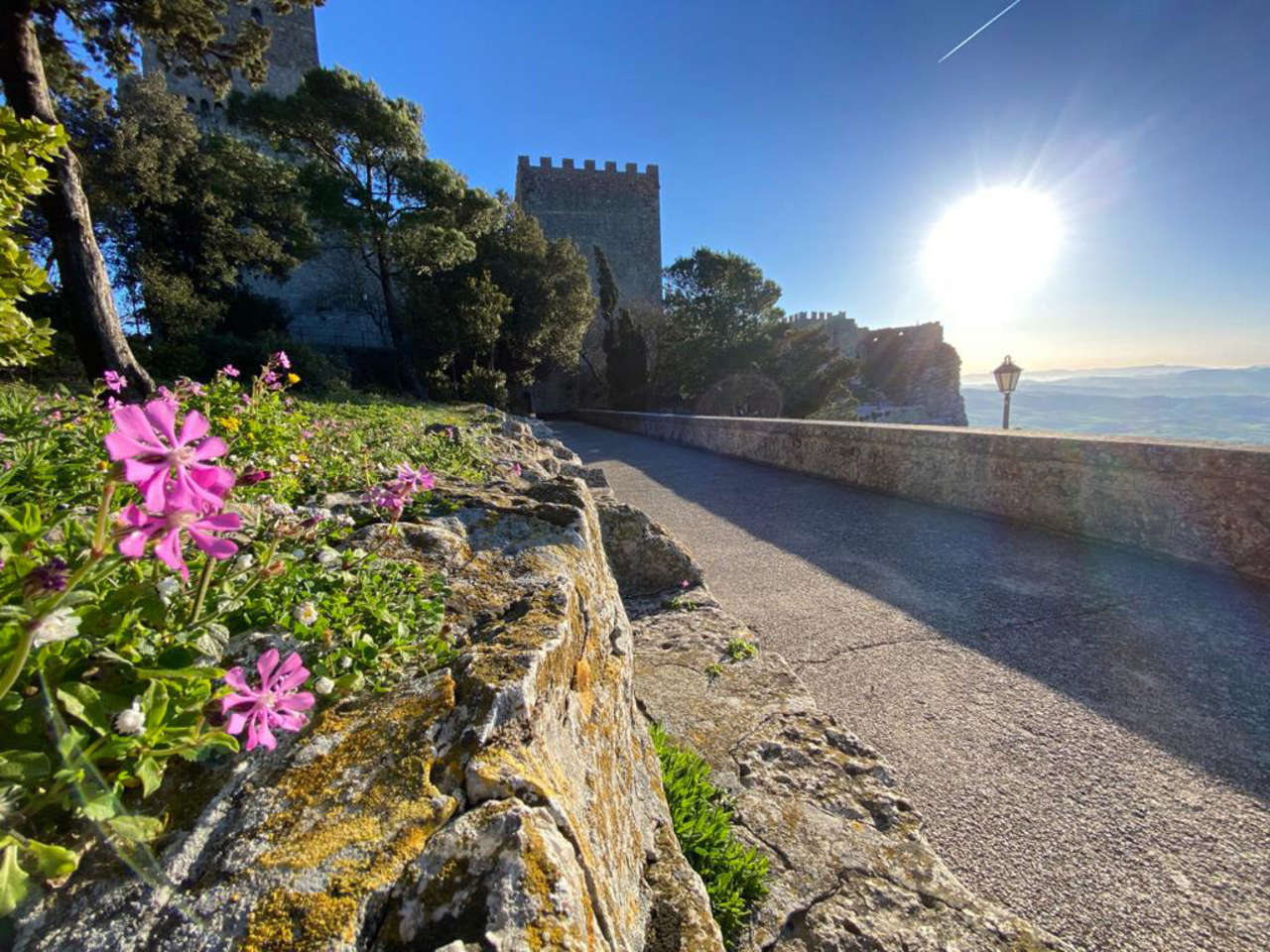 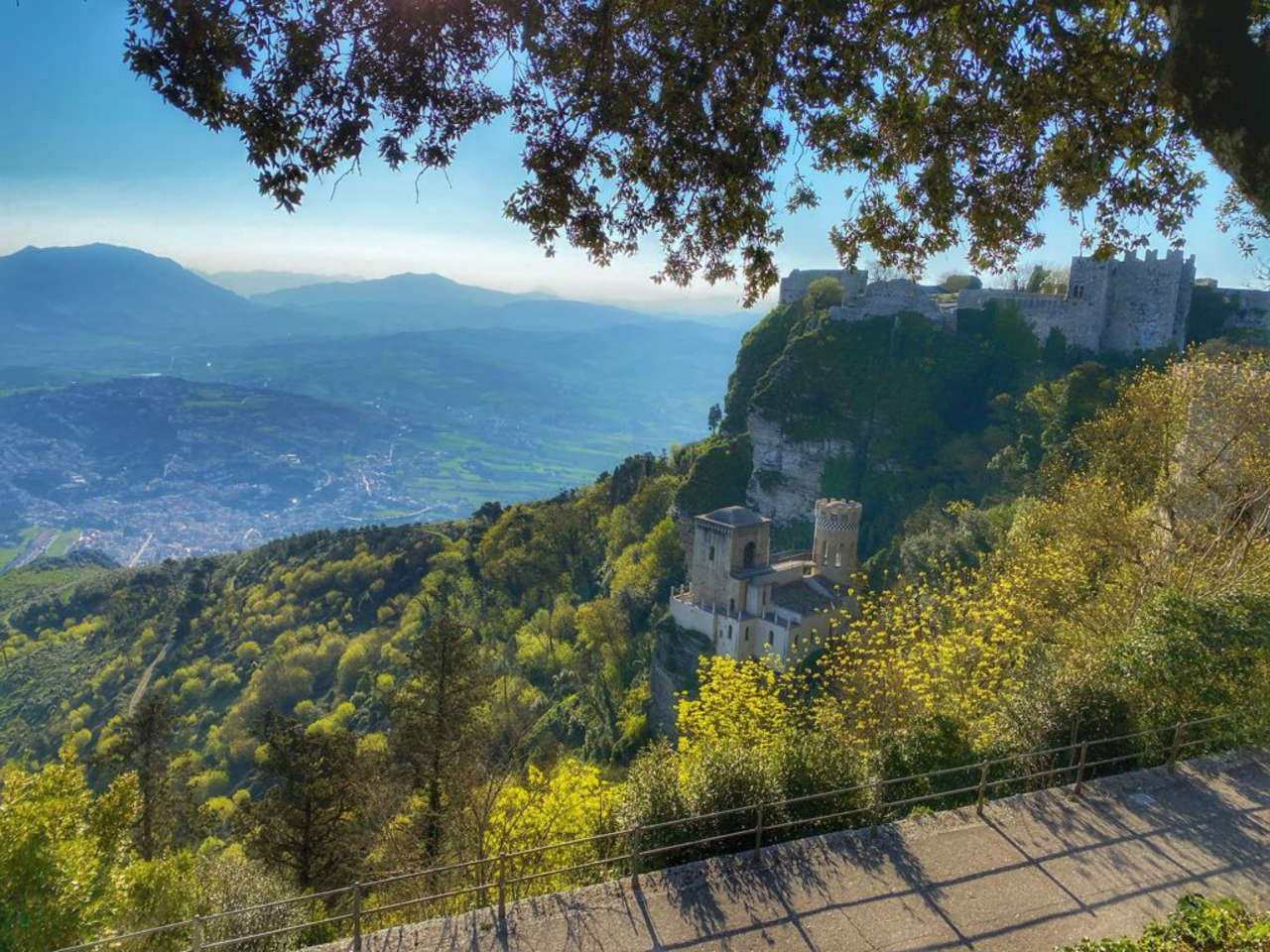 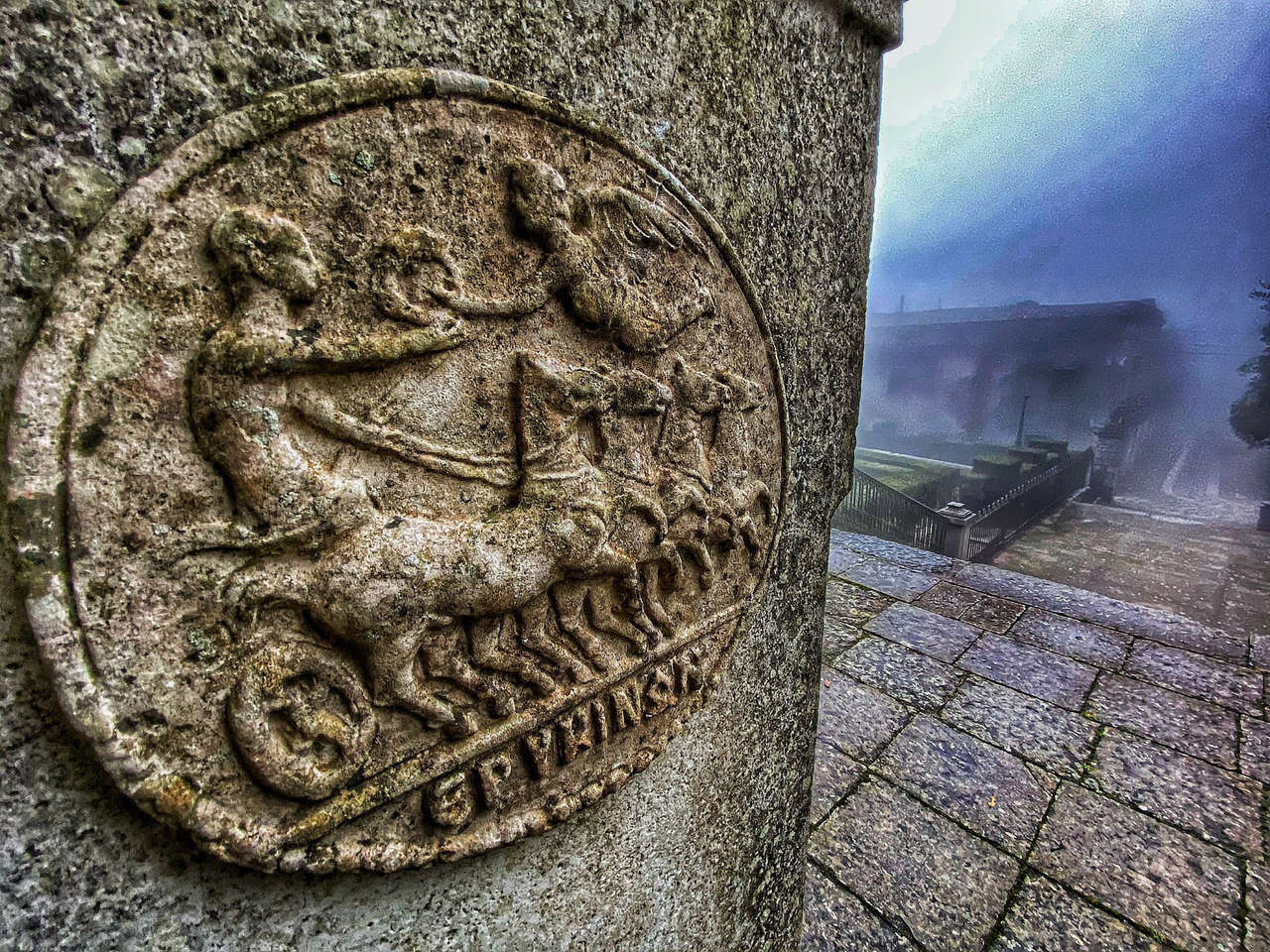 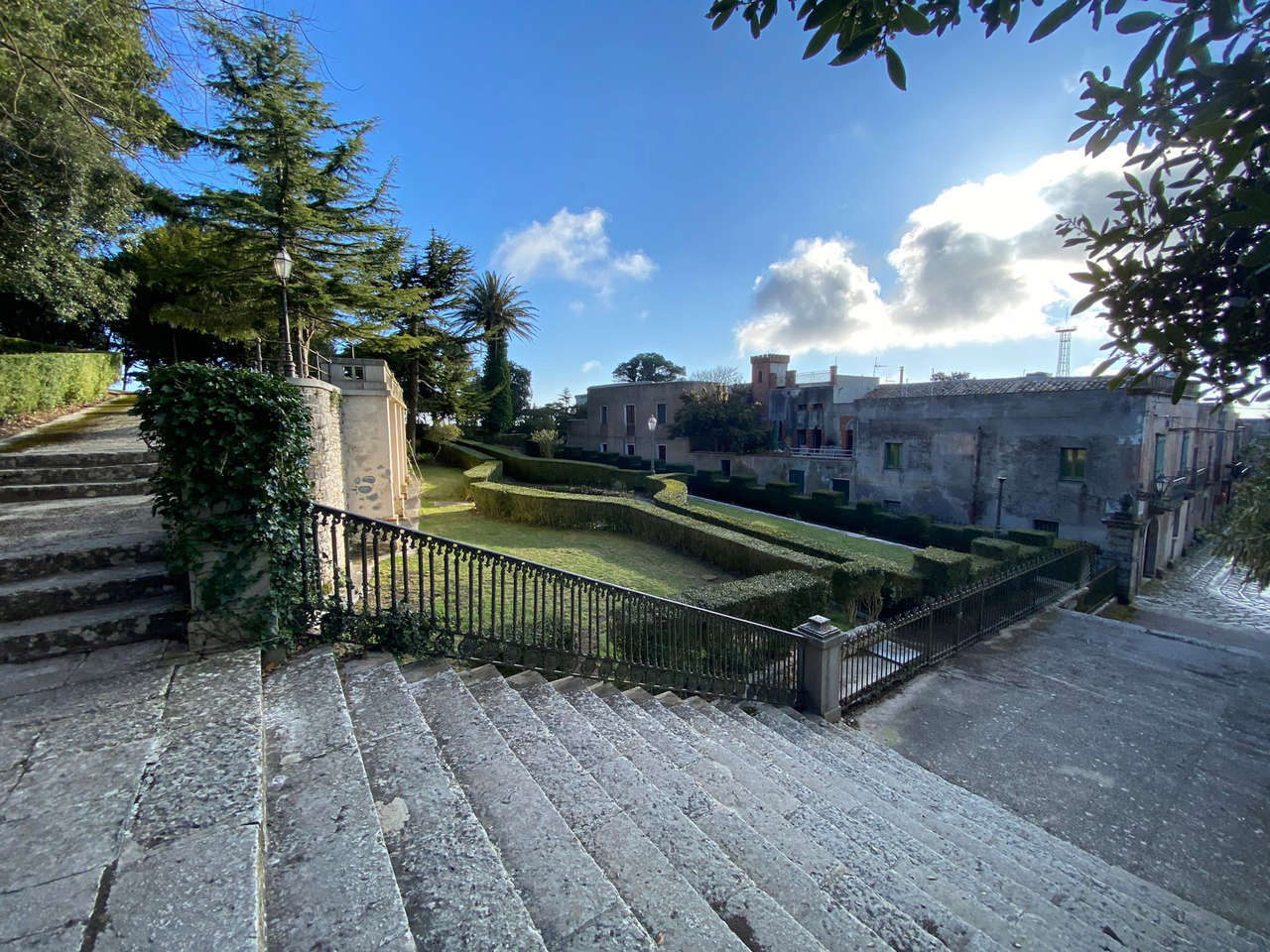 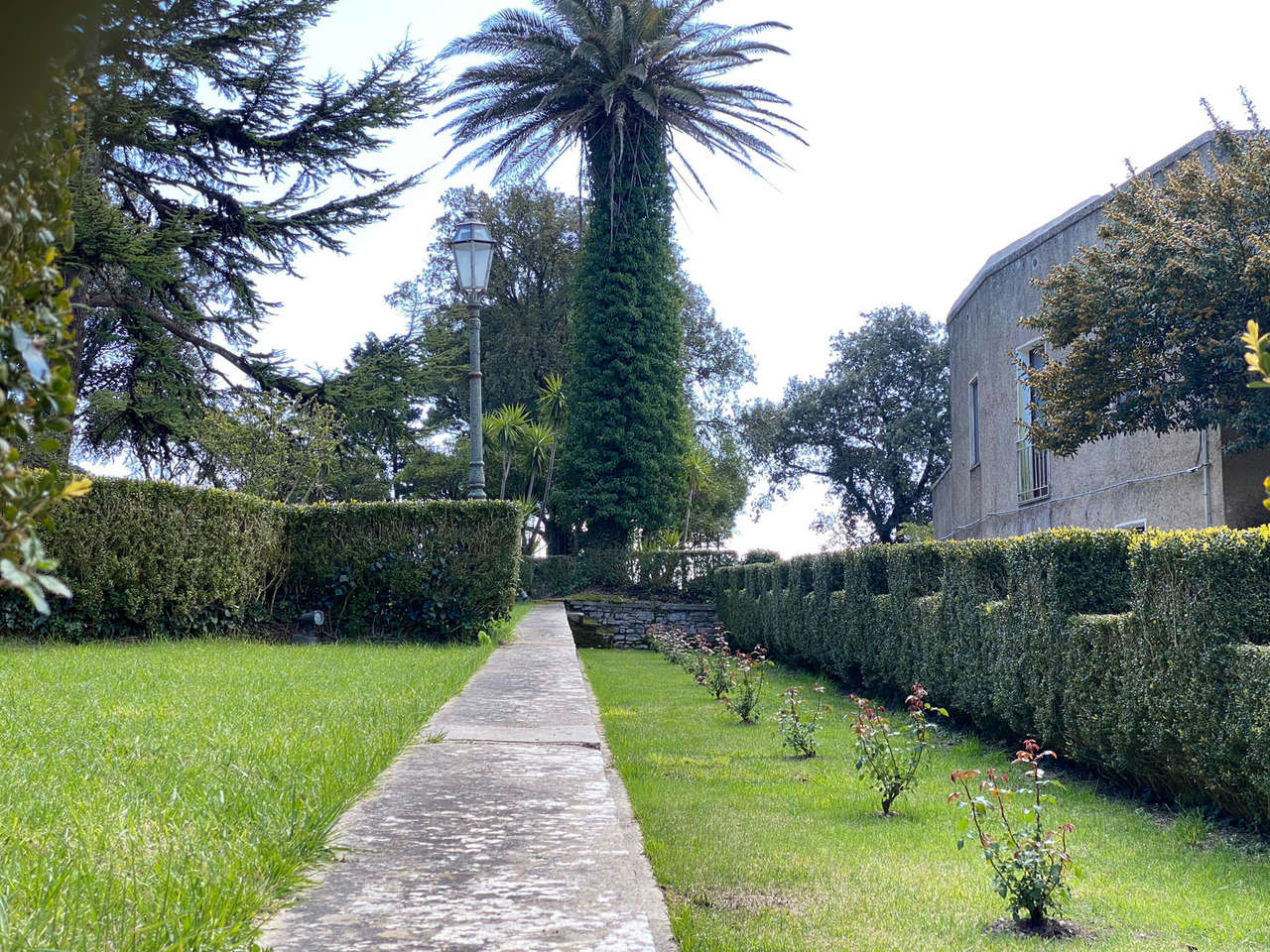 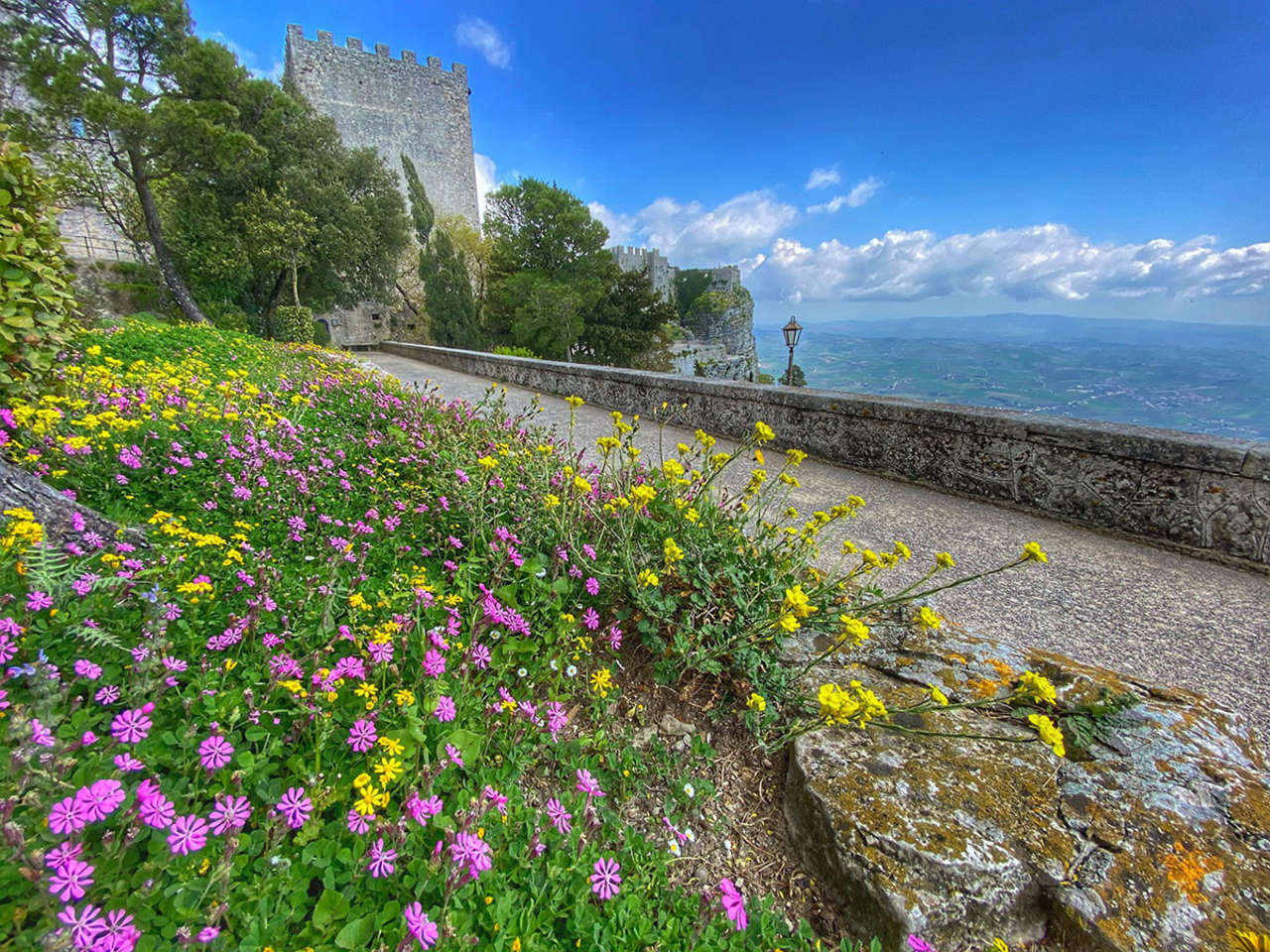 The Garden in the Courtyard is 740 metres above sea level on the pass uniting the North and South of Erice Mountain to the Eastern edge of the mediaeval town. It was created as the result of an agreement between Erice Municipality and Count Agostino Sieri Pepoli from Bologna. This unusual arrangement involved the creation of a public garden in exchange for the assignment of the ruins of the Castle Towers to the magnate who converted them as his home. The construction of this public garden took place under the Savoy reign in Italy when spaces were developed for the public in various parts of Sicily.

The concession was signed in 1872 and Count Agostino Pepoli rebuilt the southern pentagonal tower and the crenellated screen, creating a garden following the English fashion. Buxus sempervirens hedges modulate the light of the footpaths under the shade of Mediterranean and exotic plants leading to the spectacular belvedere facing the rising sun. The Balio offers different panoramic views through the luxuriant planting and hedges enclosing flowerbeds: to the south Trapani, the salt pans, the Egadi islands, the Stagnone lagoon and the Marsala coastline, while the north overlooks Monte Cofano and its gulf, the Zingaro mountains and the Erice countryside. Sculptural works are carefully placed to add significance to the site: the fountain of Venus with its Bee dated 1933; the Kneeling Stool facing the city of Custonaci and the icon of the Madonna bearing the same name, possibly the Madonna della Libera venerated by the Templars. The profile of the island of Ustica can also be seen from here. The garden includes the Runzi mesophilic woodland with the romantic Pepoli Tower, guardian of this uniquely beautiful Wood and Garden.