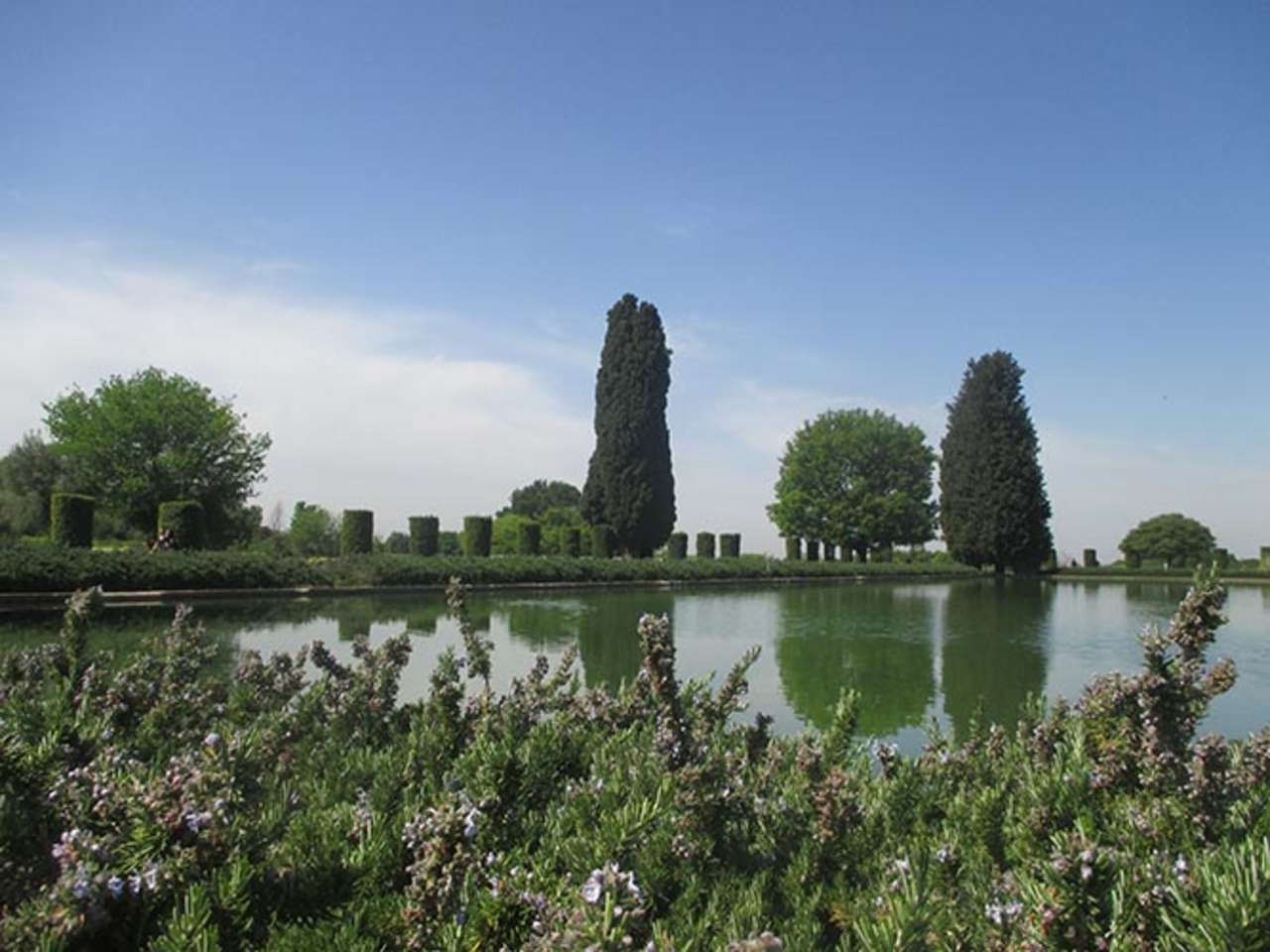 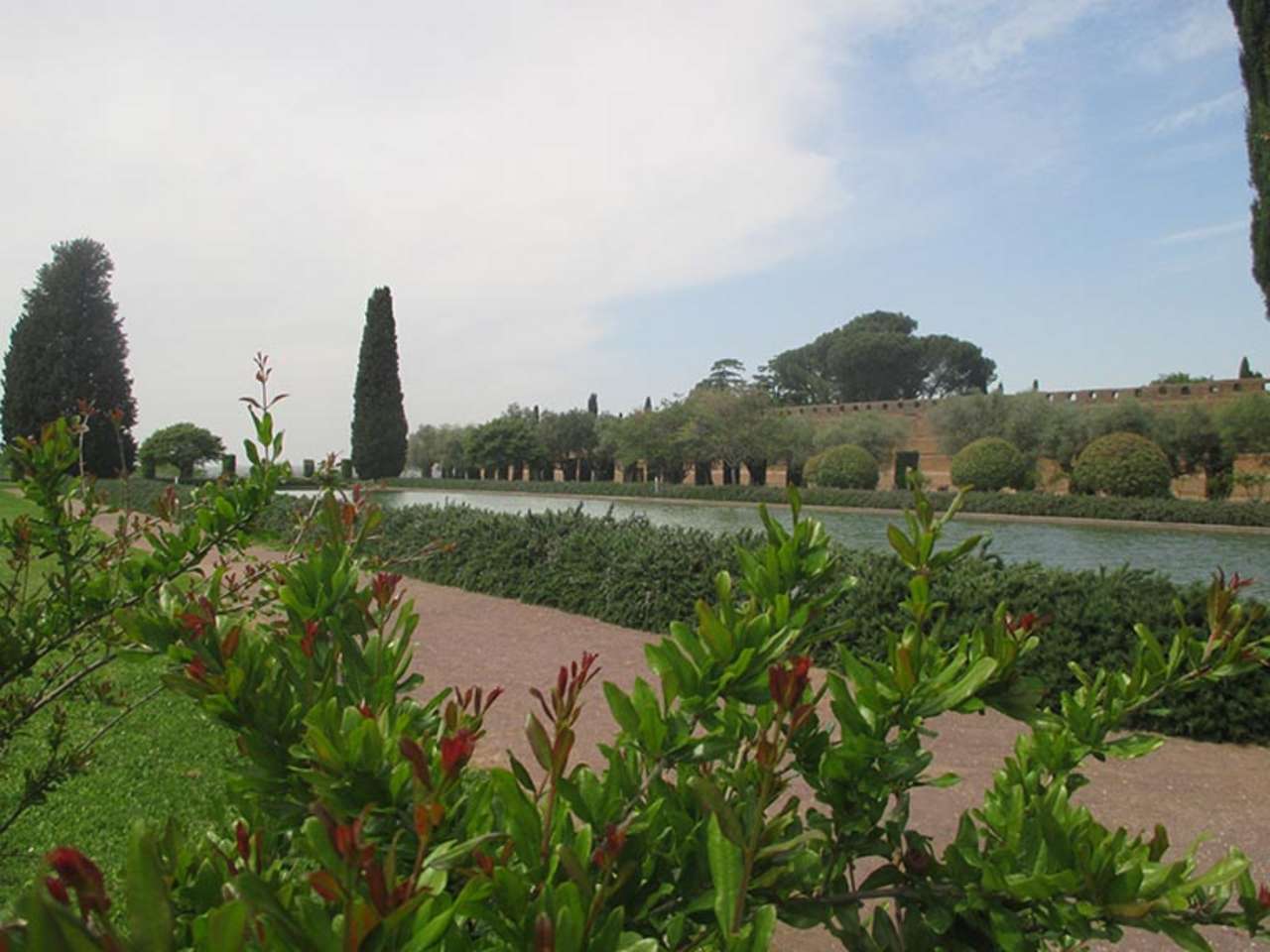 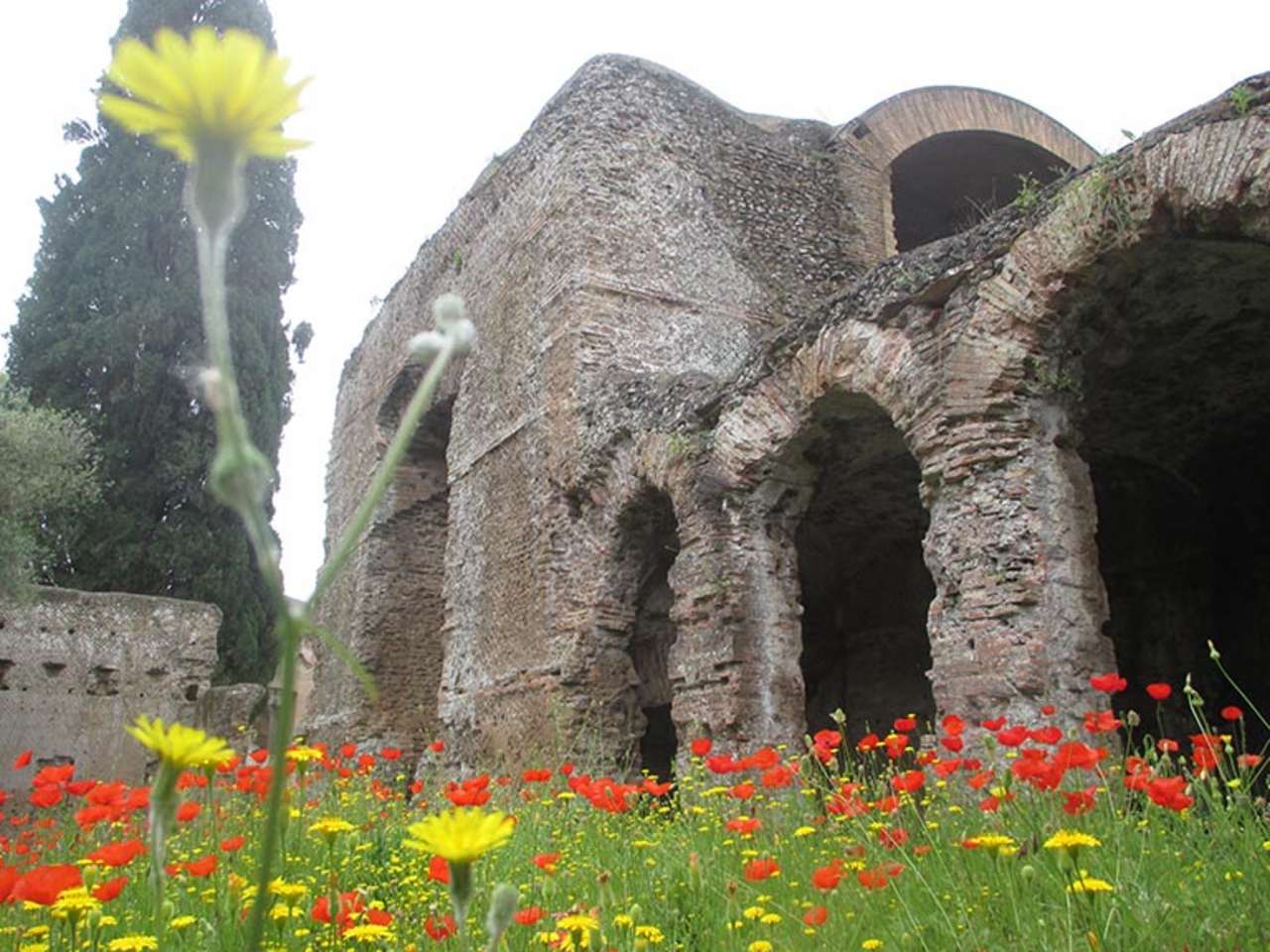 The Villa was the suburban residence of Emperor Hadrian (reign: 117 - 138
A.D.), who began its construction near Tivoli when he returned to Rome in July 118. It originally consisted of magniloquent residential structures, luxurious thermal buildings, majestic nymphaea, hanging gardens, pleasure pavilions and plenty of fountains with water games. The architectural complex, which extended over roughly 120 hectares (presently one third is open to the public), was probably conceived by the Emperor himself as a demonstration of Power.
When the original complex was abandoned, nature gradually reappropriated the site which thus lost its identity and became known as Old Tivoli. Due to a new sensibility and the rediscovery of the impressive ruins in the time of Pope Pius II Piccolomini, the area was recognised as the Imperial residence of Tivoli and became a new source of inspiration for architects and artists, attracting ever greater numbers of students and travellers. The original complex had been divided into different properties and the area converted to agricultural use with plantations of vineyards and olive groves: an ancient olive tree (known as “Alberobello”) near the Canopus is a monumental witness to this productive phase. Areas which are still gardens show the original alternation of architecture and open spaces designed within peristyles and courtyards embellished with flowerbeds, hedges and pergolas, frequently around pools or channels of water, modelling the natural spaces of the tufaceous plain between tributaries of the nearby Aniene river. The garden surrounding the Pecile lake is exceptionally big, enclosed by a quadrangular portico, whose colonnade is now imitated by cylindrical bay trees. Villa Adriana has been the property of the Italian State since 1870 and was listed as a Unesco World Heritage Site in 1999. It became an integral part of the “Villa Adriana e Villa d'Este” Institute, MiC, in 2016.

Parking facilities: There is a convenient pay parking lot in front of the entrance to the Villa.


Public Transport
By BUS from Rome: Take the subway, Metro B, and get off at the station of Ponte Mammolo, then take the Co.Tra.L. bus via Prenestina (preferable), which stops about 300 m from the entrance to the Villa; otherwise take the Co.Tra.L bus via Tiburtina or via the motorway, which stops on the Via Tiburtina near the hamlet of Tivoli Villa Adriana, then proceed on foot for about 2 km.

BY TRAIN from Stazione Termini or from Stazione Tiburtina until reaching the railway station of Tivoli. After this, take one of the local buses (CAT 4 or CAT 4 X) which stop at the entrance to the site. You can also take a Co.Tra.L bus via Prenestina, which stops about 300 m from the entrance to the site or use one of the other Rome-Tivoli bus service lines, which stop on the Via Tiburtina about 2 km from the entrance. Alternatively, you can travel by train to the station of Bagni di Tivoli (Tivoli Terme) and then use the Rome -Tivoli-via Tiburtina Co.Tra.L bus service

Rome
Information
Opening hours
All year round, every day, from 8:30 AM to sunset


GREEN PASS: in compliance with the government regulations in force, provided for all places of culture in Italy (ref. D.L. of 23 July 2021), from 6 August 2021 it is mandatory that visitors show the Green Pass accompanied by a valid identity document to access Villa Adriana.
The provisions do not apply to children under the age of 12 and persons with specific medical certification.
Entrance
Full price: € 10.00
Reduced ticket: € 2.00
Contact us
L.go Marguerite Yourcenar, 1
00019 Tivoli (RM)

www.levillae.com
Write to the gardenView the map

< Back
Villa Adriana
< Back