www.giardinodellarosa.it
Write to the gardenView the map 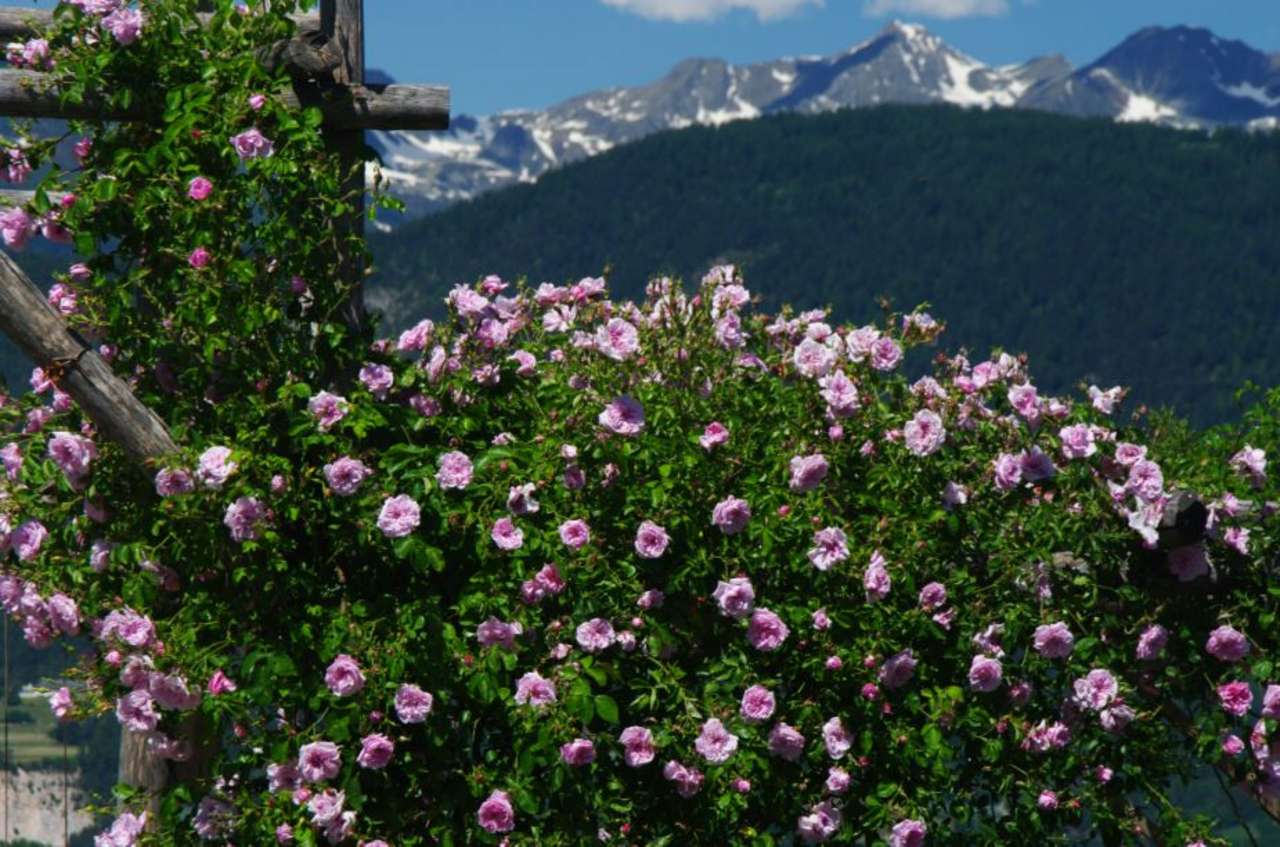 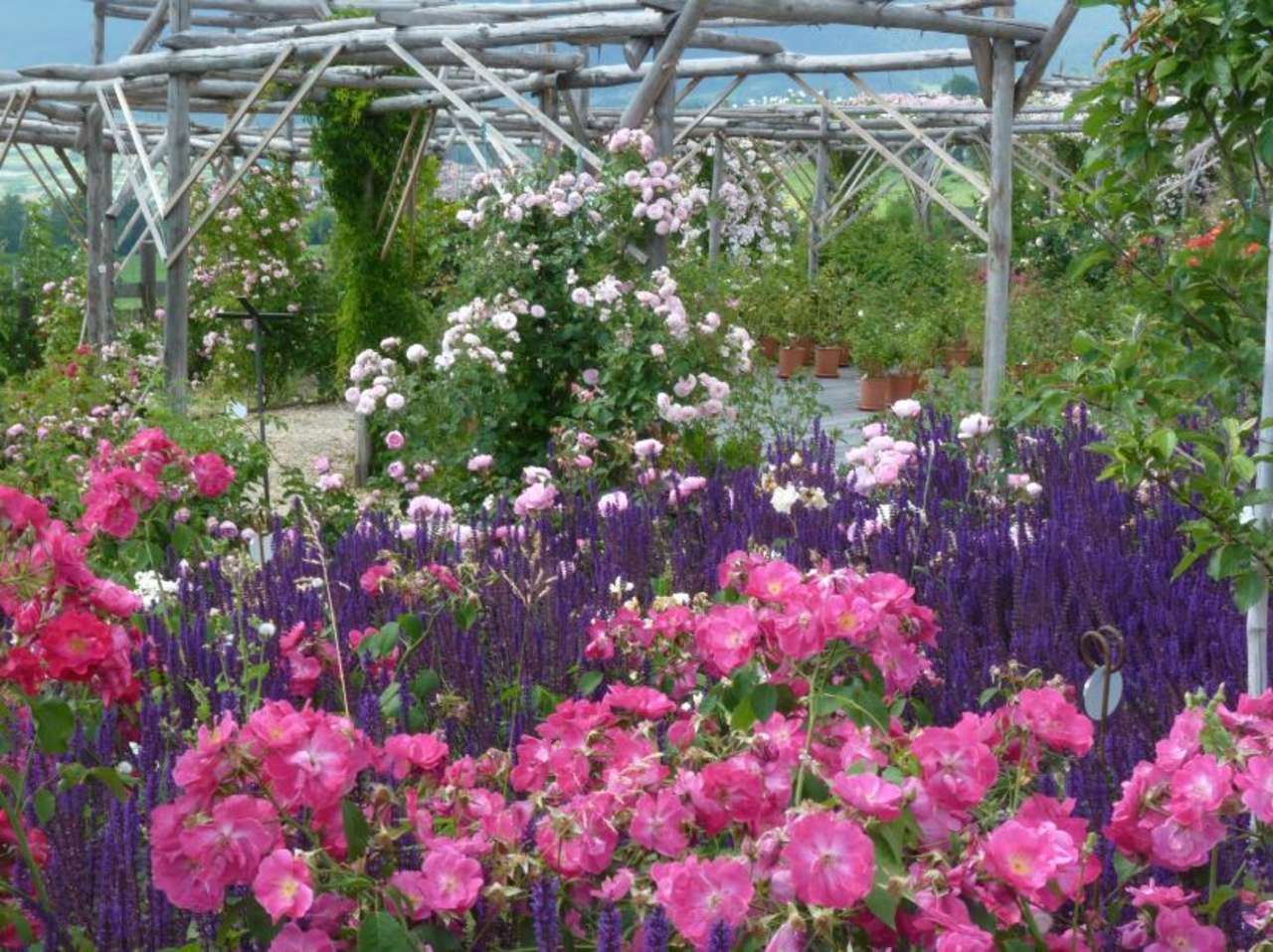 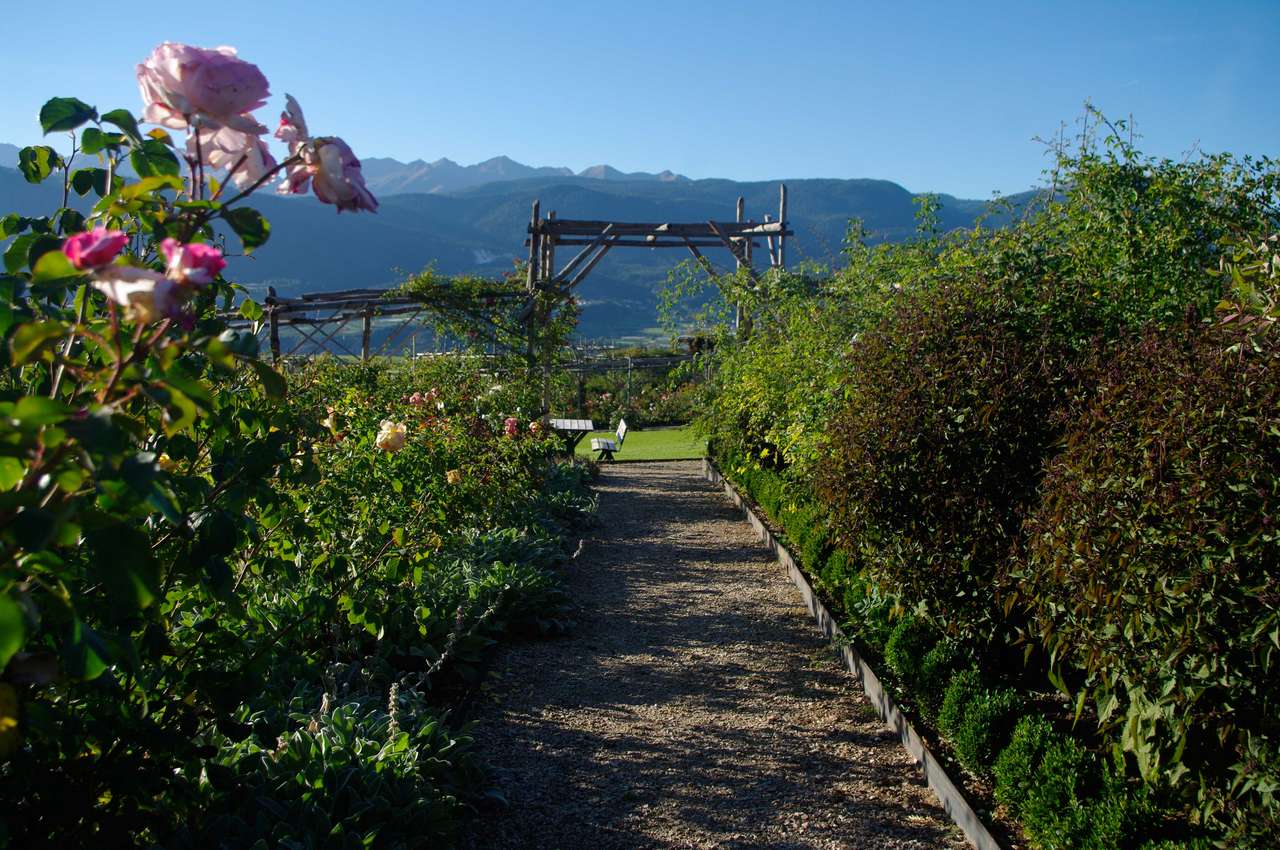 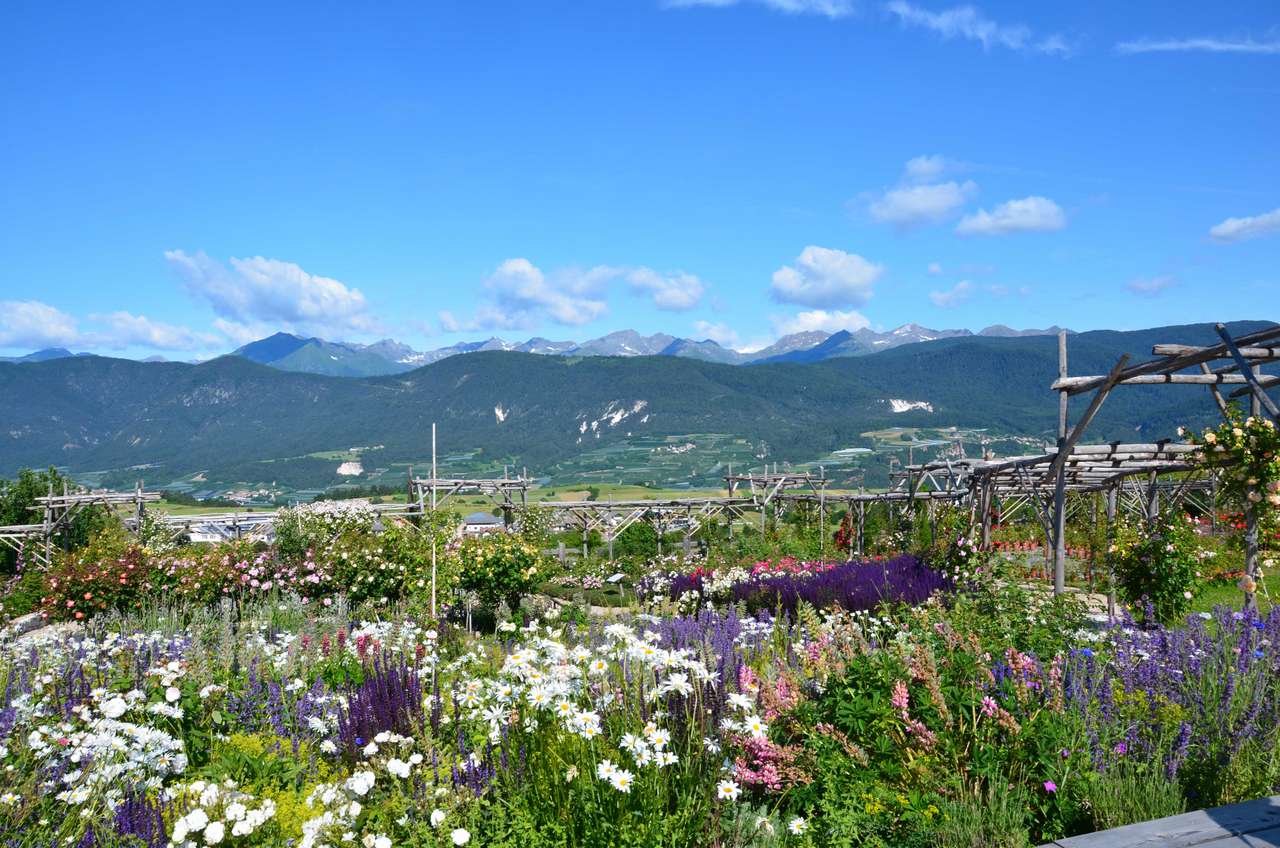 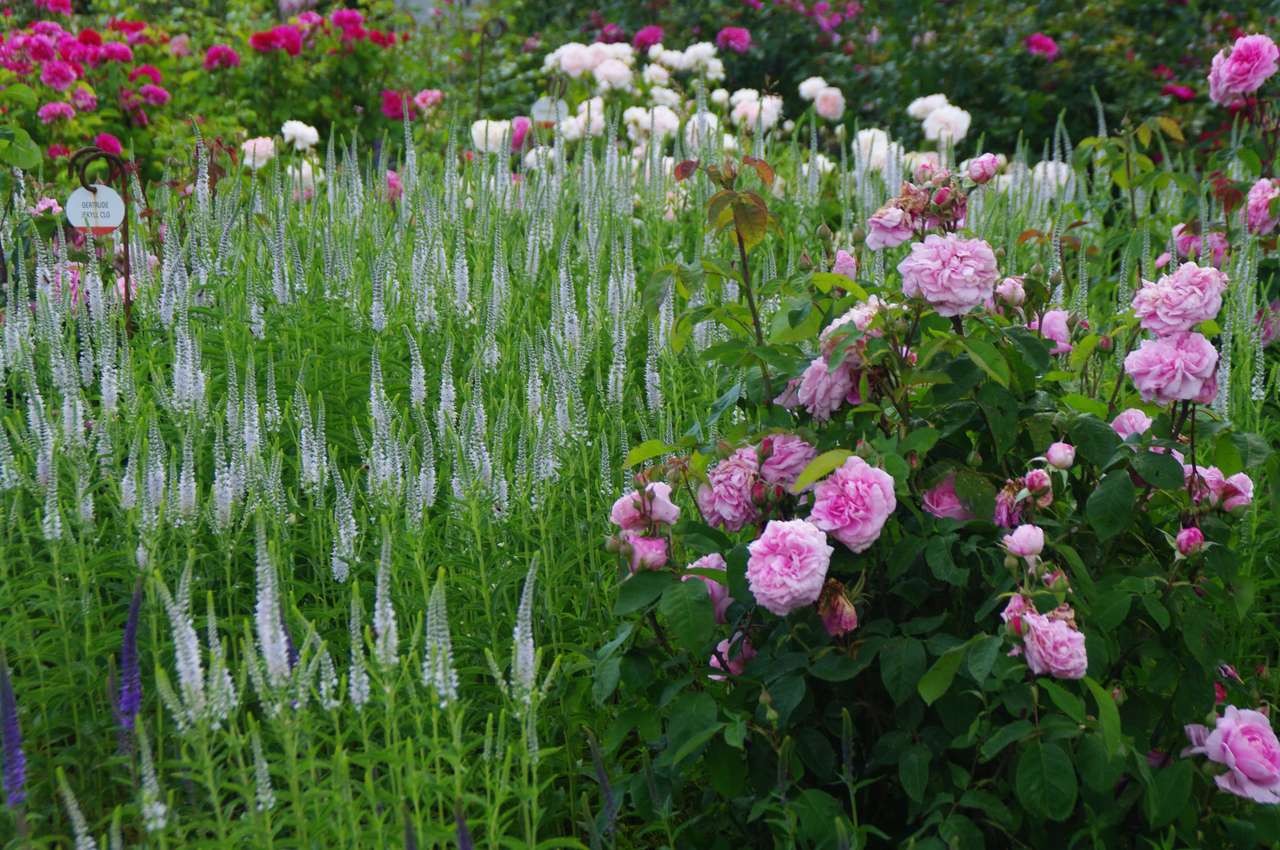 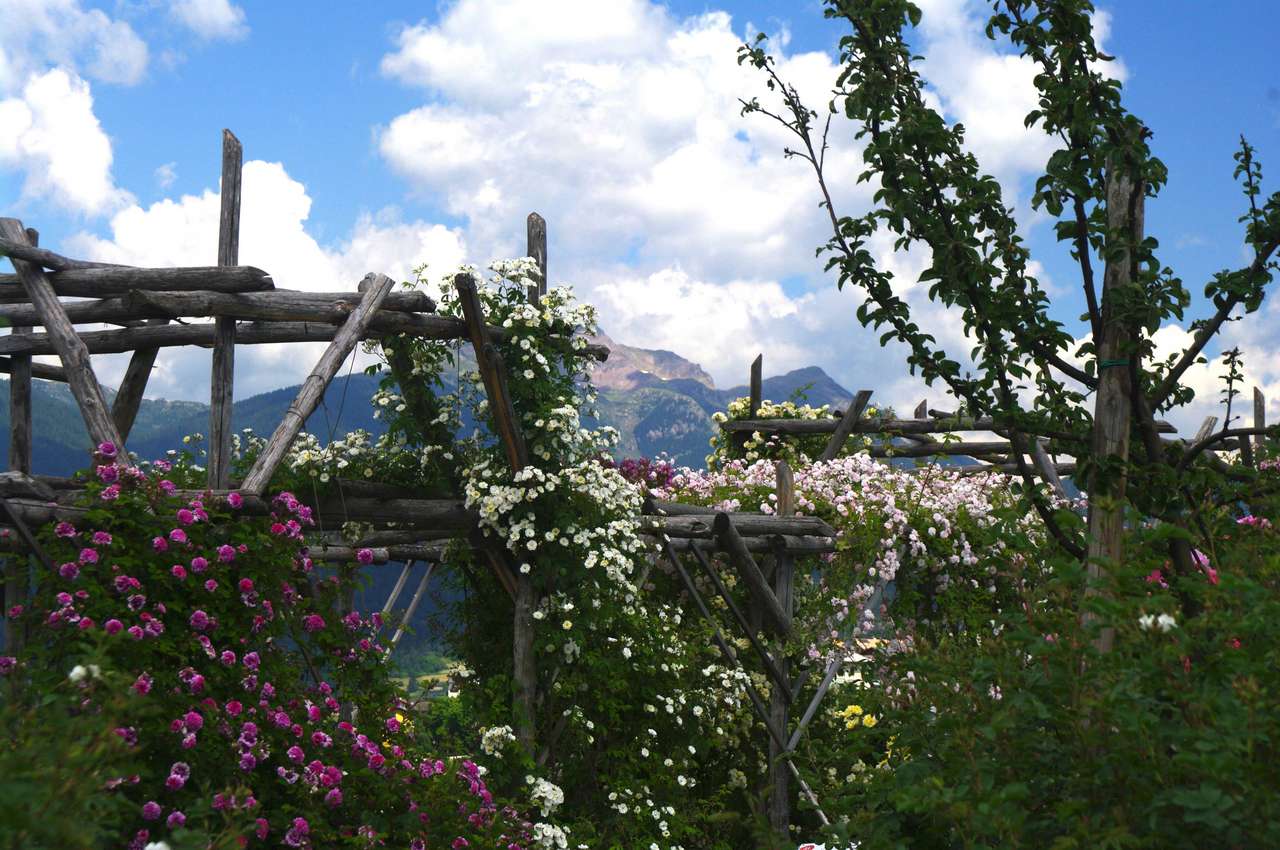 By train
From Trento Railway Station, take the bus to Trentino trasporti esercizio S.p.A..
For train connections please refer to the website Trenitalia

In Ronzone, in the upper Val di Non, there is a garden offering extensive displays of different types of rose, the flower representing the most widely used plant in gardens throughout the western hemisphere, now as in the past.
The area around the rose garden, in the midst of the meadows of the upper Val di Non and in a particularly fortunate position due to the favourable exposure on a gentle well-ventilated slope without pockets of humidity, now houses a botanical collection of both bushy and climbing species of roses. It is a place focusing on beauty, offering a contrast to the large areas of countryside dedicated to the cultivation of apples.

The rose garden is organised into homogeneous groups of roses, falling into the categories of herbaceous perennials, bushes and climbing plants. From the garden wide-ranging views stretch out over the mountains of upper Anaunia, up to the Adamello Brenta Park and the Maddalene chain.

The rose garden contains:
- numerous species of wild roses, representing the first spontaneous forms, characterised by their vigorous and rustic nature and simple flowers with five petals;
- rugosa roses, originally from Japan, rustic and with large rosehips;
- Bourbon roses, a hybrid group resulting from the crossing of Rosa chinensis and Rosa x damascena bifera, originally from the island of Bourbon (now called Réunion) in the 19th century, which are perfumed and flower repeatedly;
- hybrids of Rosa moschata, a group probably from the Himalayas, with their characteristic simple flowers;
- moss roses, deriving the centifolia and damascena groups, which have developed sepals similar to moss;
- the centifolia, a group resulting from hybridisation of Rosa gallica, phoenicea, moschata and canina bred by Dutch hybridisers between the 17th and 18th centuries;
- the old garden roses of the small Alba group, very widespread in the medieval era and now appreciated due to their refined aesthetic appeal;
- climbing and rambling roses;
- English roses, deriving from gallica, damascena, centifolia and moss roses, hybridised in such a way as to combine the beauty of old roses with the virtues of modern ones, such as profusion, reflowering, perfume etc.

A long pergola around the perimeter provides support for climbing plants, including numerous roses, but also varieties of clematis and wisteria. At the centre of the garden, a lawn area offers a place to relax, but is also used as a venue for concerts, workshops and fairs on appropriate themes.
There are a total of five hundred varieties, with 2500 roses and more than 10000 herbaceous perennials present overall.
The garden is cultivated without the use of chemical substances.