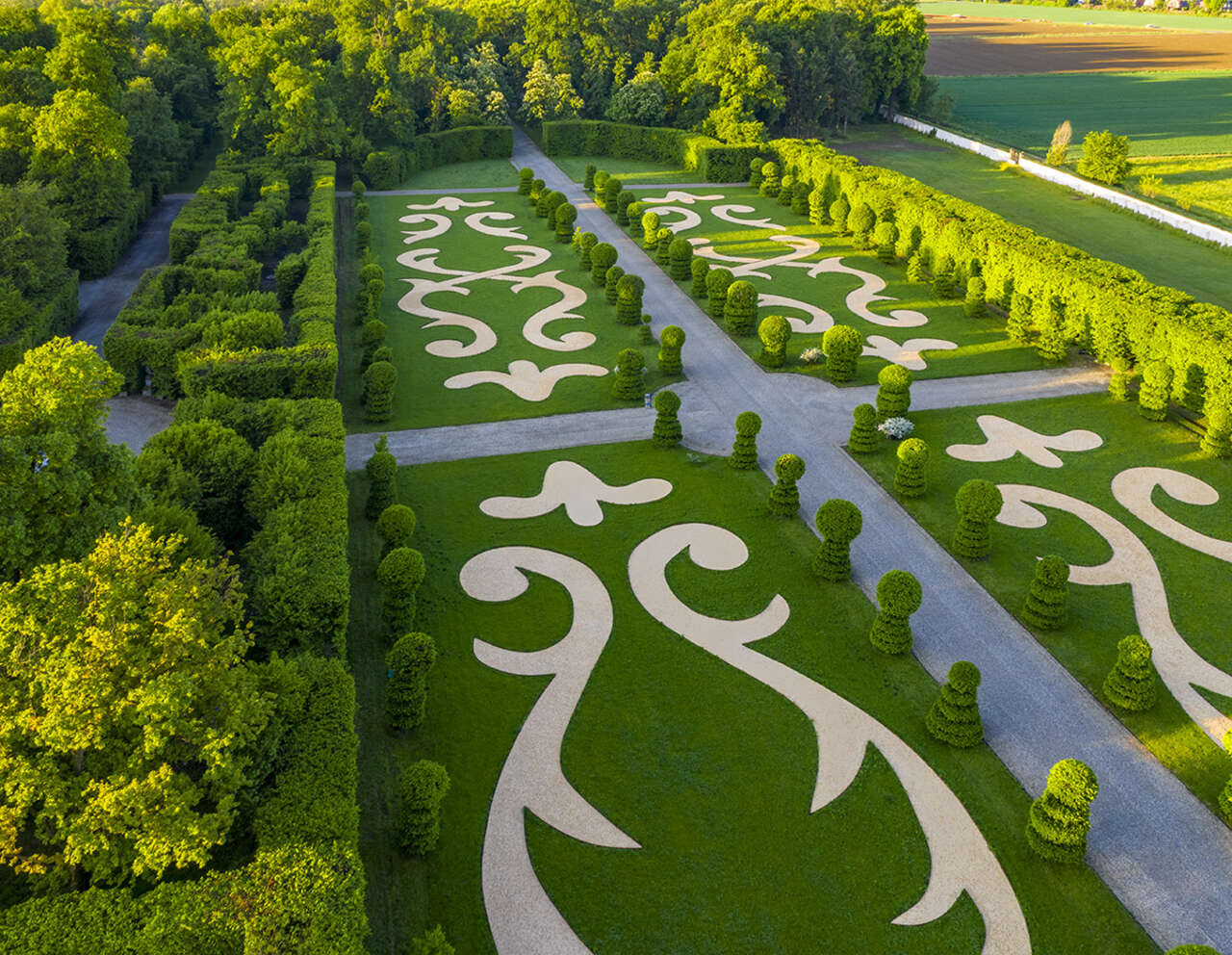 Among the most majestic residences of delight in Milan, Villa Arconati-FAR is located in the Groane Park, in Castellazzo di Bollate. Its park - one of the most beautiful Lombard historical gardens already known in the eighteenth century thanks to the engravings of Marc'Antonio Dal Re - is now a place of confrontation with contemporary culture - thanks to musical and artistic events - but also an ideal space to relive the past atmospheres with shady tree-lined avenues, refreshing ponds and sculptures. Among its treasures the magnificent Diana Theater with its restored water games, the Dolphin Fountain, the Andromeda Theater, the hornbeam maze and the French-style parterre decorated with an eighteenth-century motif. The main floor houses some of the more richly decorated rooms: the Hall of Phaeton with the eighteenth-century trompe l'oeil fresco by the Galliari Brothers - first set designers of the La Scala Theater - the Ballroom with elegant stuccoes and gilding in Lombard baroque style, the Hall of the Hunt, the parade apartment with the splendid Pink Room, the ladies' wing with the mysterious Alcove and the private chapel.
On the ground fl oor, the Red Room - with the imposing fi replace and late nineteenth century neo-Gothic atmosphere - and the Museum Room where the statue of Tiberius stands, traditionally interpreted as the effi gy of Pompey the Great at whose feet Julius Caesar died. Other interesting spaces are the Camerino - with the plaster statue of Gaston de Foix - the Aurora Room with the oldest fresco in the Villa, the Armory and the Library. Also suggestive are the Stables, set on the basis of the ideal Leonardesque stable, with the fountain of the god Neptune.
Thanks to the enhancement project promoted by the Augusto Rancilio Foundation, the Villa and its garden take on new life, to represent a pole of ref- erence and attraction for the creative and sustainable development of the Milanese area.

By car
Highway A8 Varese-Como-Chiasso towards Fiera Milano, Fiera Milano exit. Keep the right at the fork and follow signs for Bollate/Varesina/ Monza/Milano/Meda/A52/Tangenziale Nord and take A52. Continue for about 2 km, then take the exit for Bollate. Villa Arconati is about 2 km from the main road.

By bike
Several cyclist paths connect Villa Arconati to the main touristic attractions of the North Milan. Bike rent service available at the Velostazione located in the Bollate Nord station, by Fabbrica dei Segni. Info at 327 2578817.

From 6 August to access Villa Arconati FAR it is necessary to be in possession of the Green Pass, in compliance with Legislative Decree 105 of 23/07/2021. It will be possible to show the certification in paper or digital format.
The check will take place through electronic verification tools before entering the Villa.
Children under the age of 12 are exempt from certification and those who, for proven health reasons, cannot get vaccinated on the basis of appropriate medical certification.