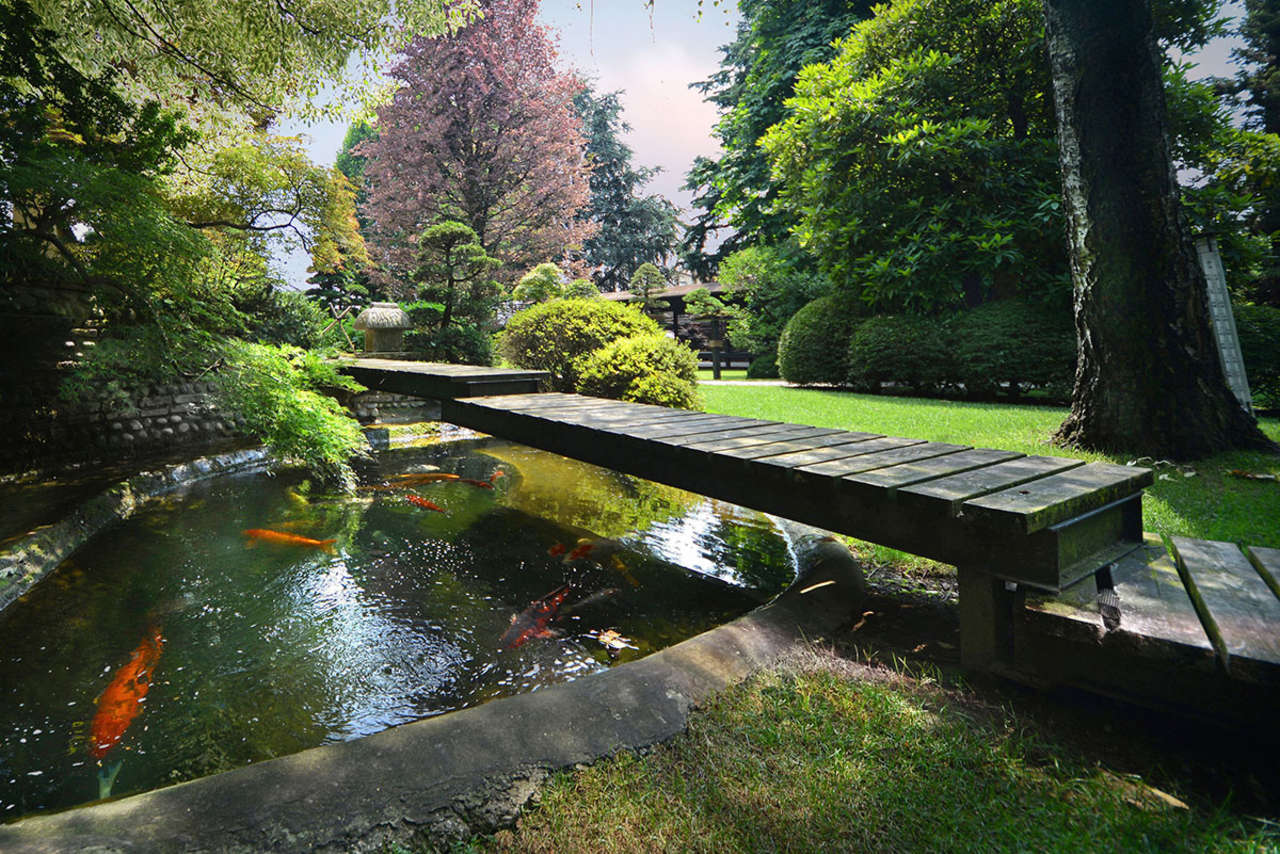 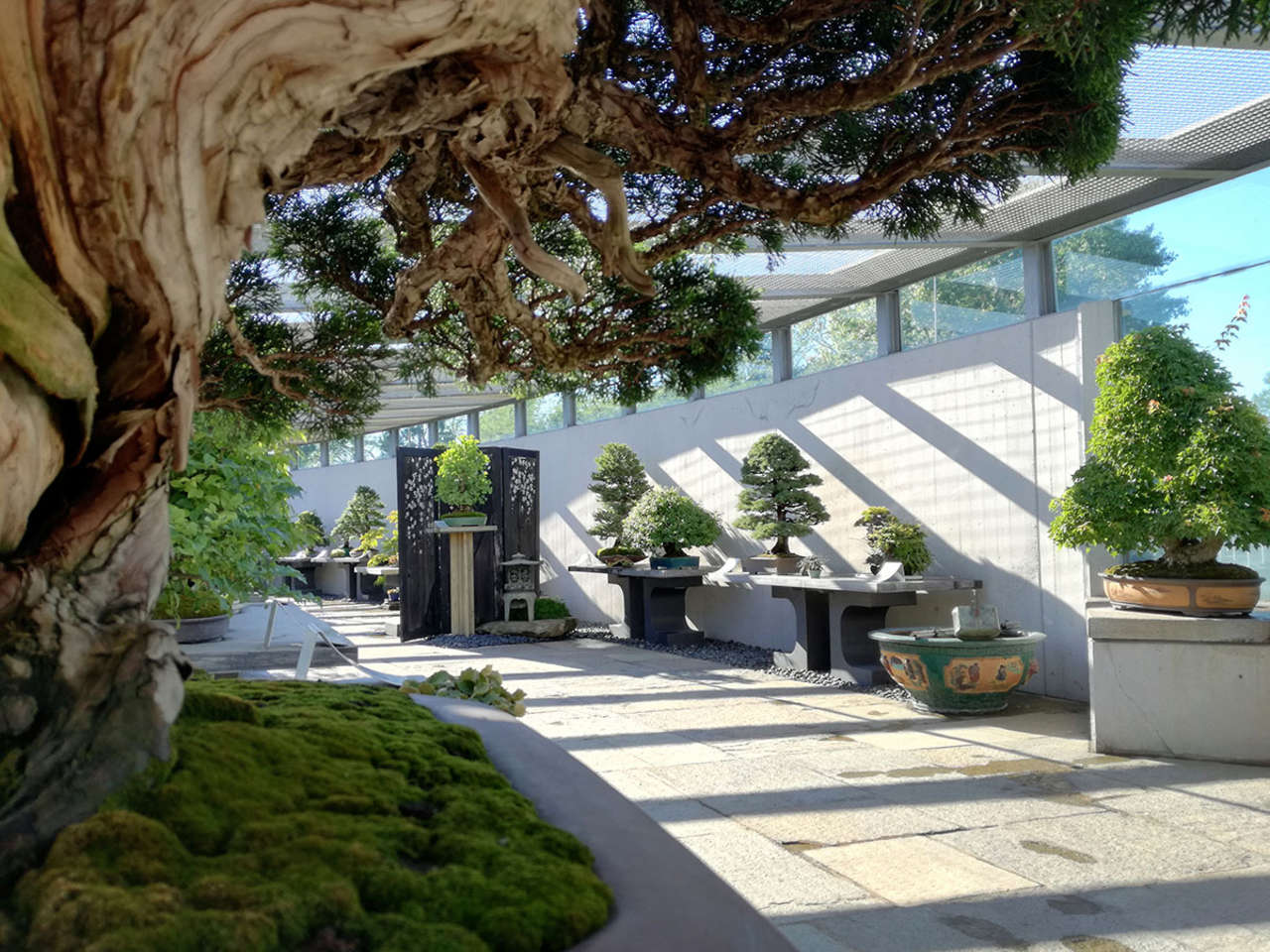 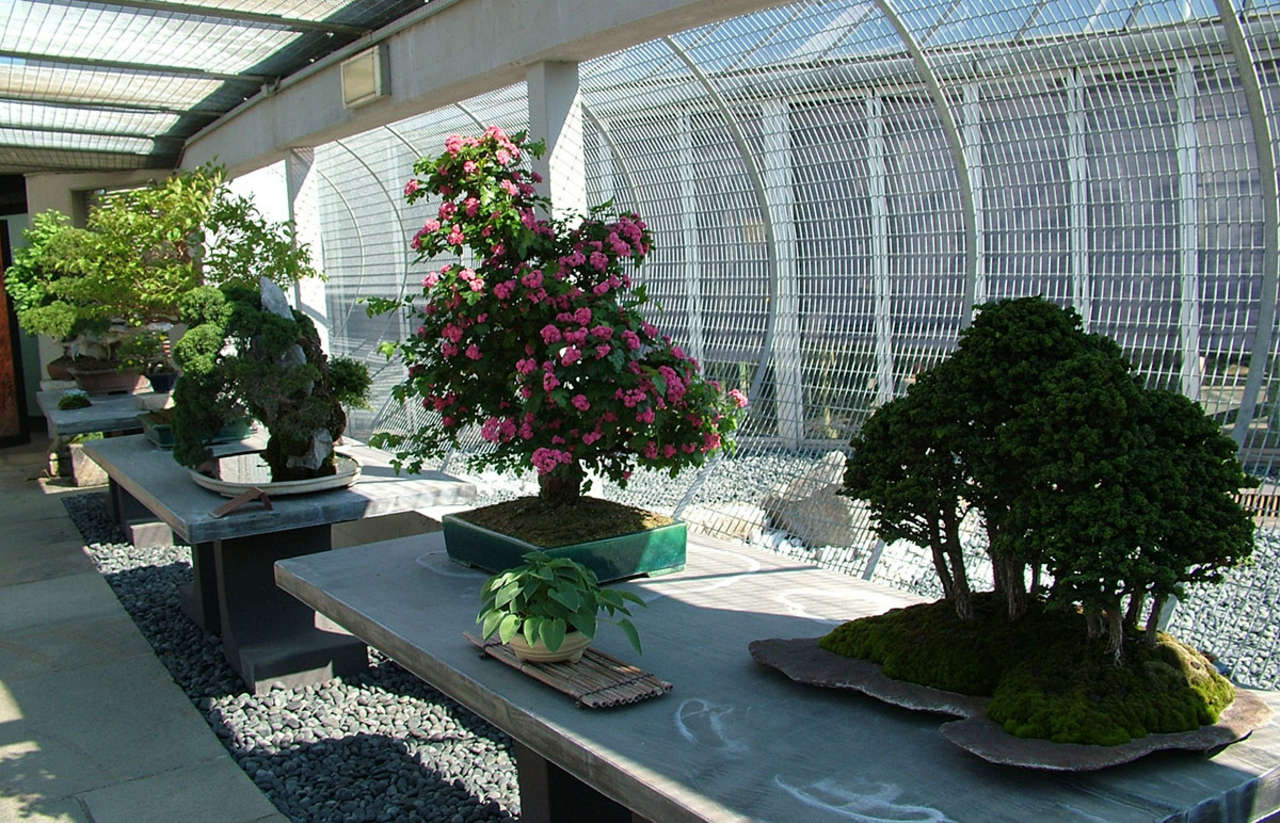 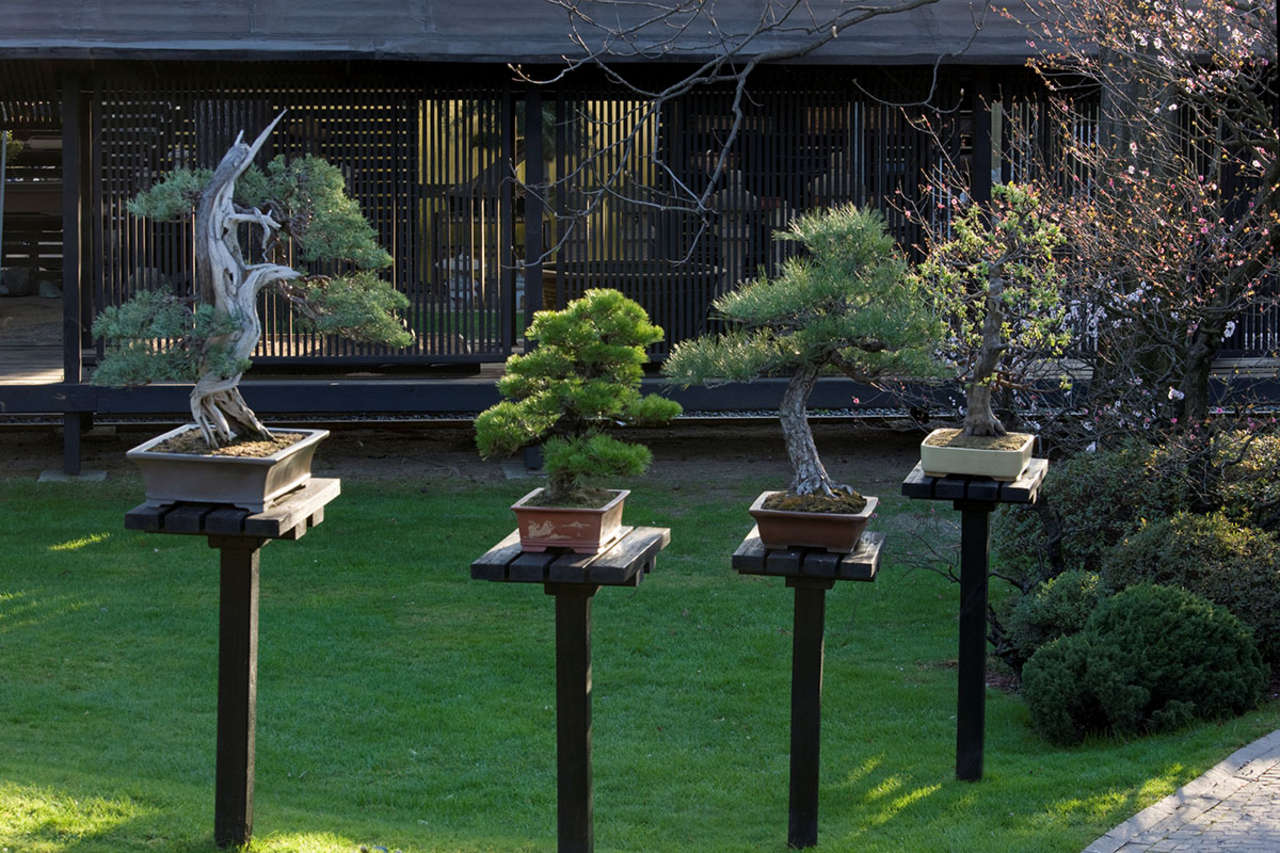 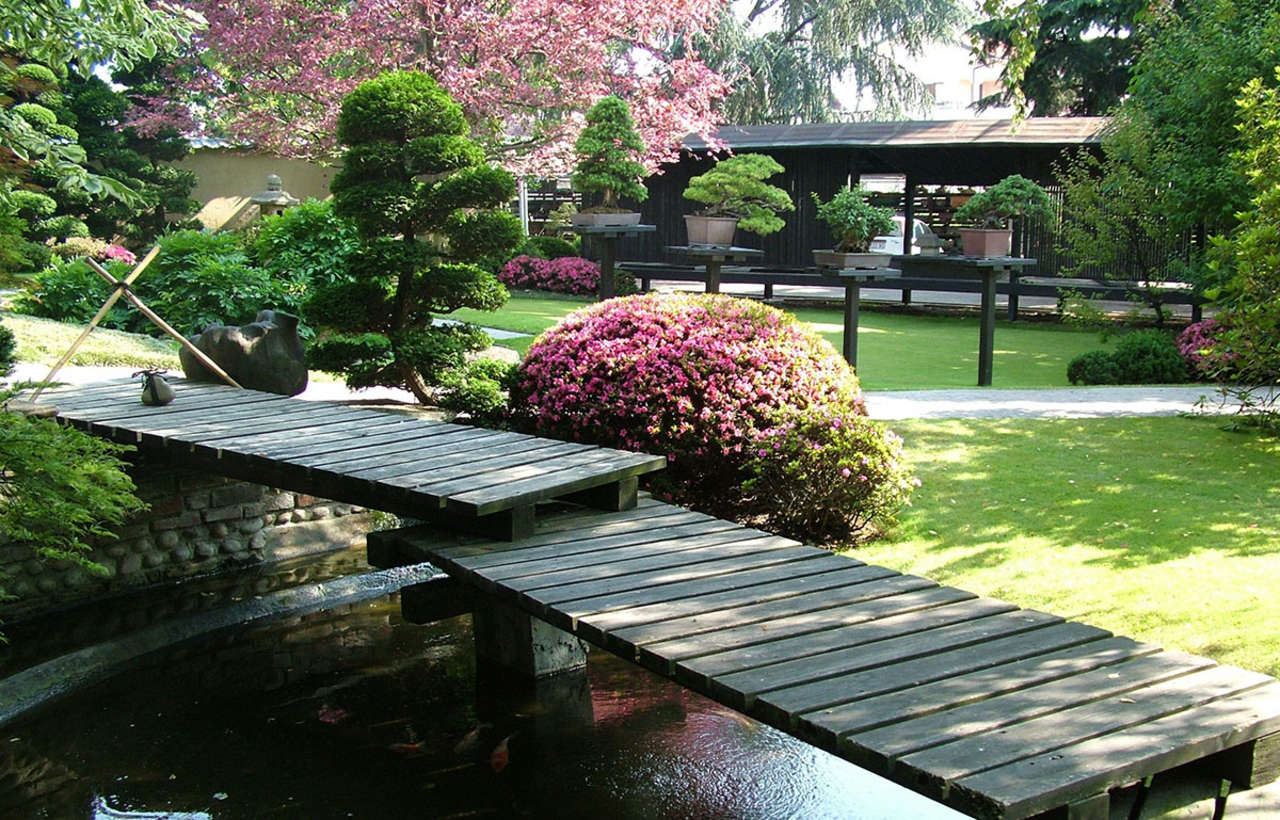 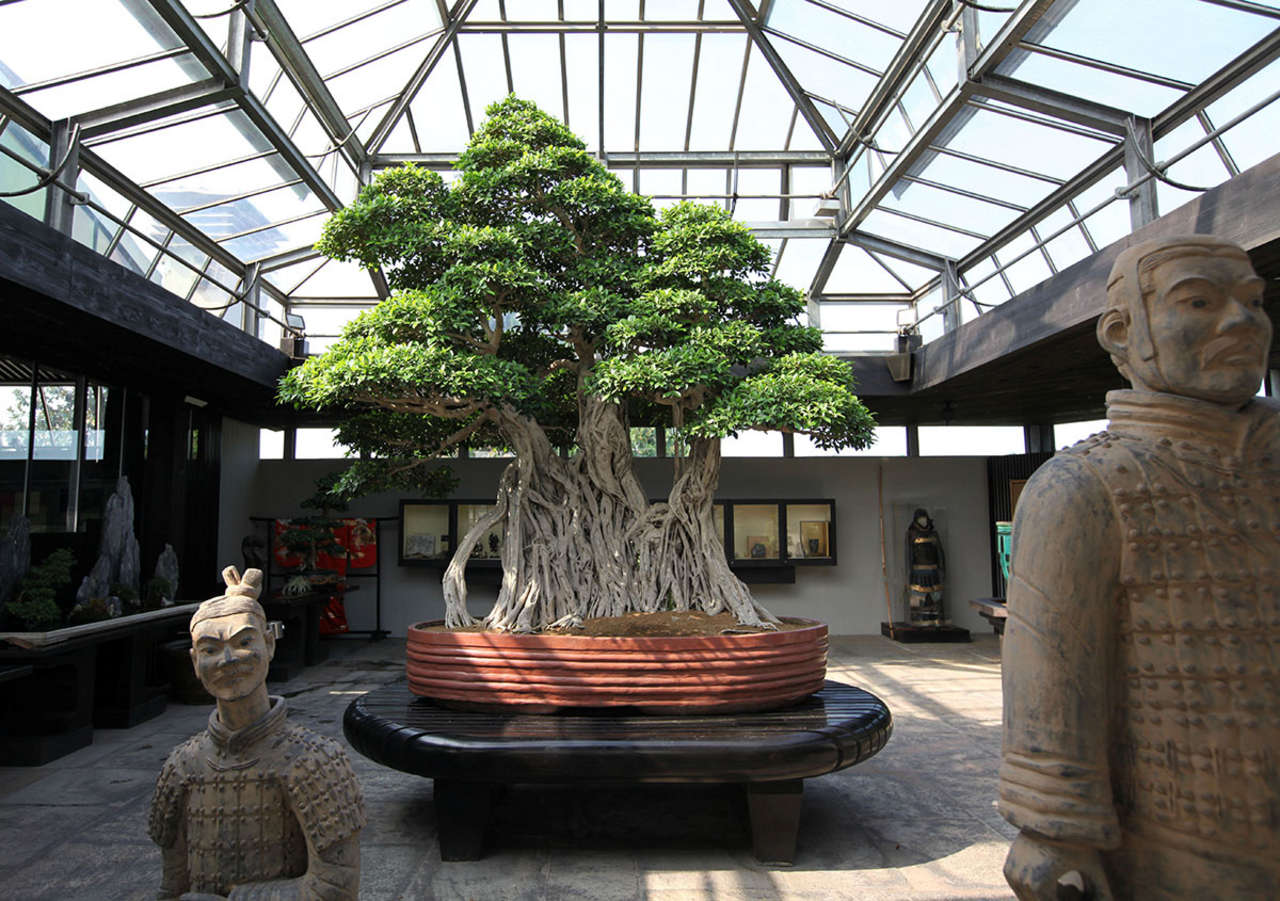 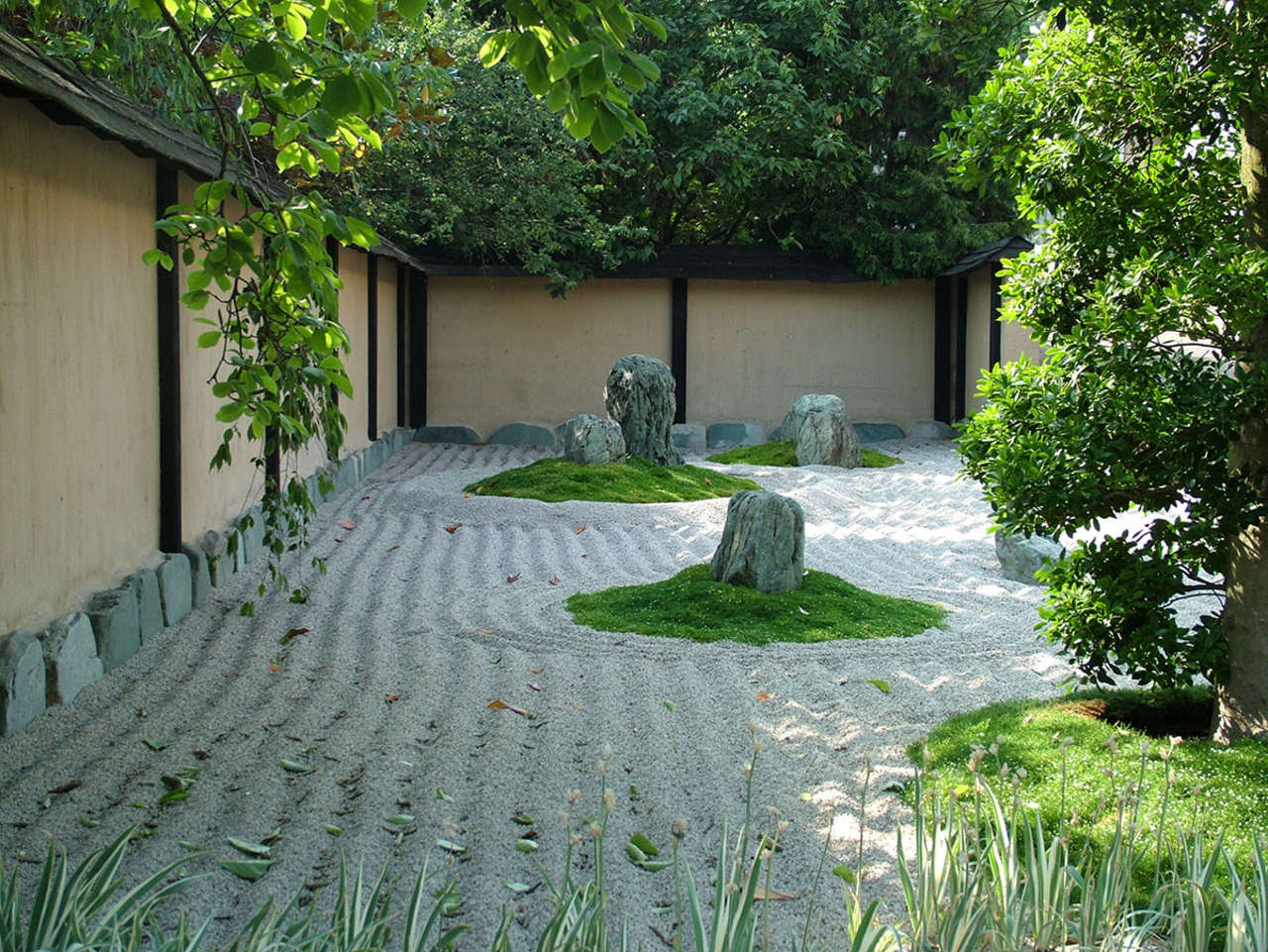 By train
Subway Line 2 (Green), Station Porta Garibaldi stop. From here take the train in direction Pariabago (frequency every 30 minutes). Crespi Bonsai is far away about 3 km from the station.

By bus
Underground 1 or 2 (green or red), Molino Dorino stop. From here depart every 30 minutes MOVIBUS bus to Gallarate. Get off at S. Lorenzo bus stop, far from Crespi Bonsai about 30 meters.

It is a unique corner of the Eastern world perfectly included in the West, which gathers a precious collection of centuries old trees, pots and antique books. Opened in 1991 on May 26th, the Crespi Bonsai Museum is the first permanent museum of bonsai trees all over the world.

In northern Italy, not far from Milan, people can appreciate a small corner of the Japanese world of bonsai. It is the Crespi Bonsai Museum, opened in 1991 in Parabiago near Milan, as a result of Luigi Crespi's enthusiasm and thirty-year work in the world of bonsai and Japanese garden.
This permanent museum, unique in the world, originated from the willingness to offer to bonsai enthusiasts the opportunity to admire a precious collection that includes centuries-old plants, antique pots and books and manuscripts from the Far East.
Masterpiece of the collection is the millenary Ficus retusa Linn, placed at the centre of a glass pagoda, which is dedicated to Chinese penjing and contains also many old trees of tropical and sub-tropical species, like a beautiful Murraya paniculata (300 years old).
In the outdoor gallery, on tables of solid black slate, many other authentic works of art are displayed; some of them are well over hundred years of age, trained by famous Japanese masters as Kato, Kawamoto, Kawahara and Ogasawara. Among them a rare Acer palmatum kashima and a very old Juniperus chinensis, characterized by amazing natural shari on the trunk.
Two years ago the precious collection of the Crespi Bonsai Museum was enriched by some special masterpieces, coming from the famous collection of the WBFF honorary chairman, Mr. Daizo Iwasaki, who passed away in May 2011. Among them there is a semi cascading white Pine placed in a beautiful reproduction of a very famous antique pot from the classic China. The collection of bonsai pots includes antique Chinese containers from the Ming and Ching dynasties.

A special realization is the toko-no-ma, the displaying corner of the traditional Japanese house, devoted to the display of works of art or objects of spiritual value. Here, the best bonsai tree of the seasonal moment finds its place, for a better appreciation of its beauty.
The museum collection is tastefully complemented with authentic Japanese furnishings and antique stone lanterns, while out of the gallery eyes can move through the stones of the kare-sansui garden created by Luigi Crespi with natural stones imported from Japan. Inside the Crespi Bonsai Centre you can also appreciate the quiet atmosphere of a traditional Japanese garden with pond, walking towards the green houses.
The master Nobuyuki Kajiwara has been taking care of the development of the Crespi Bonsai Museum masterpieces since the museum establishment in 1991. He is also teacher of bonsai art at the Crespi Bonsai University, established in 1991. Students follow his lectures and workshops sitting in the great hall, equipped with audio-visual device, facing the stone garden and the museum gallery.

Placed in the glass pagoda with other tropical and subtropical species, is the prince of the museum collection. It is an unusual ògata-bonsai, big size bonsai, with its 310 cm height and 280 cm width. Its estimated age is over 1000 years. The charming tree arrived in Italy in 1986, after ten years of negotiation.

Luigi Crespi remembers the long negotiation as a very distressing period: when he visited the owner to achieve an agreement they drank tea, ate together and enjoyed pleasant conversations, but the owner never talked about the sale of the tree. In a first photo taken in the owner's garden, unfortunately lost, four generations of the family stood under the tree branches. When they finally got to an agreement Luigi Crespi followed personally all the operations to prepare the tree and load it onto the ship, that brought it through the ocean up to the Genova port.

In the same year of its arrival it was exhibited at the Euroflora Fair in Genova and received the prestigious “Honour Prize”, given by a jury of international experts. There was a stream of people admiring and photographing the tree every day and Luigi Crespi and his wife remember they were so worried about the health of the tree in the fair room.
The masterpiece, that over the centuries was shaped by famous Chinese masters of various generations, during its first years in Italy was refined in its shape by the Japanese master Shotaro Kawahara and then Luigi Crespi and Alberto Lavazza took care of it over the years.
Since the Crespi Bonsai Museum was founded in 1991 the precious Ficus retusa Linn has found its proper place in the glass pagoda, designed to assure the best exposition of the tree to the light in every season.
Its spectacular trunk, constituted by a thick bundle of air roots, is planted in a very unique pot, realized and cooked in a sole block: the hugest bonsai pot all over the world.

The daily cares of this unusual, very old bonsai tree require a deep experience and a refined sensitiveness, in order to satisfy the tree requirements in terms of humidity and temperature in every season.
The good harmony in its shape, result of a gradual process of adaptation to the environment, and the maturity or patina of the age, which emanates from the tree itself, makes the prince of the Crespi Bonsai Museum a masterpiece of inestimable value. Its strong character moves the visitor entering the glass pagoda and lets him/her feel full respect for its long life and mysterious story.

Luigi Crespi remembers with emotion when a group of handicapped students visited the museum with their teachers. A boy was very excited and moved restlessly around, so his teacher was in trouble. But when he entered the glass pagoda, it was amazing: he sat under the old Ficus and remained in a calm mood for about half an hour. It is well known that nature spreads regenerating energy and that is what also the Lama Gangchen Rinpoche, visiting the museum, felt with strong emphasis.
Important people in Europe and in Arabian Emirates have asked for purchasing the tree, but Luigi Crespi says it is part of the family's and 's story, so that it can't leave its “home”.

Among the masterpieces coming from Mr. Iwasaki's collection there is a Miyajima White Pine, a beautiful variety which counts many famous masterpieces all over the world.
It was originally part of Mr. Morobayashi's collection (Sedaka, Fukuoka prefecture in Japan); then it was acquired by Mr. Isamu Matsumoto (Osuki, Oita prefecture in Japan) and afterwards by Mr. Tsunoru Tsutsumi (Oita, Oita prefecture in Japan). Mr. Iwasaki purchased it by Mr. Tsutsumi, thanks to Mr. Matsumoto's personal introduction.
Included in the refined book Takasagoan Bonsai Collection, which presents the precious trees gathered in Mr. Iwasaki's private garden, this Pine was given to the Crespi Bonsai Museum in March 2009, as a sign of appreciation of Mr. Luigi Crespi's work in spreading the bonsai culture in Italy and in Europe.
Trunk and main branches of this tree are those of a Black Pine, as we can see from the bark appearance, while the elegant grafted branches are those of a Miyajima White Pine. This special procedure is called in Japanese “change of dress”. They say that the grafting was a work done by Mr. Morobayahi, who is famous in Japan for cultivating White Pines of high quality.
The sinuous trunk tree is placed in a rectangular pot in stoneware, with a raised decoration; it is a beautiful reproduction of a very famous antique pot from the classic China; the original one was a witness of the troubled times after Meiji Restoration (1868) in Japan; it is said that during a gunfight a small bullet struck the pot containing a Pine bonsai placed in the toko-no-ma of a government officer's house: it was a miracle the pot remained undamaged; just a small hole was the evidence of that cruel piece of history!
The Miyajima White Pine is particularly appreciated for the beauty of its foliage and its rareness.

This excellent masterpiece also comes from Mr. Iwasaki's private garden Takasagoan.
It was displayed for the first time in the Crespi Bonsai Museum in 2009, when it was imported from Japan.
Japanese yews usually grow in Hokkaidō (Northern Japan) and as a consequence most bonsai masterpieces come from that area. But in this case the tree was originally collected from mount Ishizuchi in Shikoku island. With its 1982 m. height, mount Ishizuchi is the highest pick in Shikoku and it is a traditional pilgrim destination since it is one of the seven sacred picks of the country.
The peerless beauty of this tree is strictly associated with its spectacular formation of dry wood. On the left, the whitened wood sticks out from the pot: originally it was a strong root. When Mr. Iwasaki saw the tree for the first time it was very week because of its sparse foliage. With good fertilizations and diligent cares he obtained positive results and the tree gained high vigour and a big volume of green.
The masterpiece has now achieved a good refinement and evokes its original landscape, mount Ishizuchi.

Possibility to stay overnight at the Hotel Poli, in San Vittore Olona in the province of Milan, agreement structure with the Crespi Bonsai
Discover

By reservation it is possible to organize guided tours for individuals or groups
Contact us
S.S. del Sempione, 35
20015 Parabiago (Mi)

www.crespibonsai.com
Write to the gardenView the map

< Back
Crespi Bonsai Museum
< Back