Approximate duration: 2 hours and a half 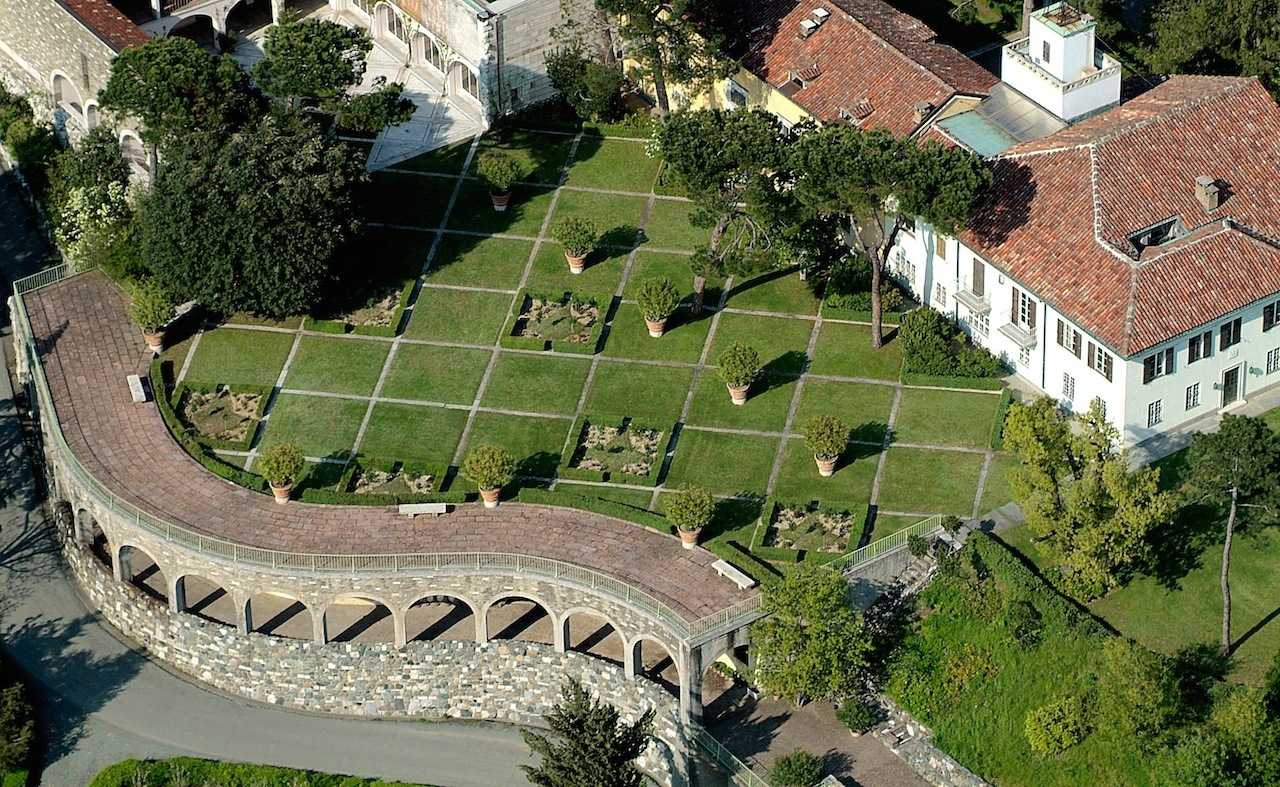 By car
A7 Highway exit Ovada, continue on A231Highway up to Alessandria Sud exit. Take SP30 direction Acqui Terme up the arrival.

By train
The Villa is easily accessible from the Acqui Terme Railway Station. From here continue on taxi to reach the complex

One of the most extraordinary modern gardens in Italy presently open to the public was built in 1955 in the rolling Monferrato hills amongst the woods and vineyards near Acqui Terme. It was designed by Pietro Porcinai around the villa by Marcello Piacentini and other rationalist architects. Porcinai worked on the Ottolenghi garden in several phases from then until the 70s. His project manages to coordinate a system of previously disconnected spaces extending around the two buildings, the villa and the artists' studios.

Beside the artists' house the vast lawn containing an undulating dune was bordered by a rock garden next to the entrance with a splendid floral motif, whilst a very long flowerbed alongside the pergola leads the eye towards the metaphysical arched wing of the artists' house. The project of the garden integrates the square grid of the courtyard with the larger reticular grid of the great garden terrace which opens onto the view of Acqui Terme, seen from a sinuous balustrade. The squares of the lattice are filled with grass, flowers and roses creating a harmonious chess-board, while the smaller squares in the courtyard alternate plants with pebble designs influenced by the surrounding vineyards and reminding us that villa Ottolenghi was, and still is, a place where excellent wines are produced.

The visit of the Villa and the Garden can be combined with that of the impressive Mausoleum, and Temple of Herta, embellished with mosaics and frescoes by Ferruccio Ferrazzi.

Visitors to Villa Ottolenghi can immerse themselves in the magical scenery of the park by the famous landscape architect Pietro Porcinai, visit the mausoleum, or Temple of Herta, the private museum of Ottolenghi.

The rooms of the villa can be a unique setting for a private party and gala dinners, an ideal location for weddings and events in general.