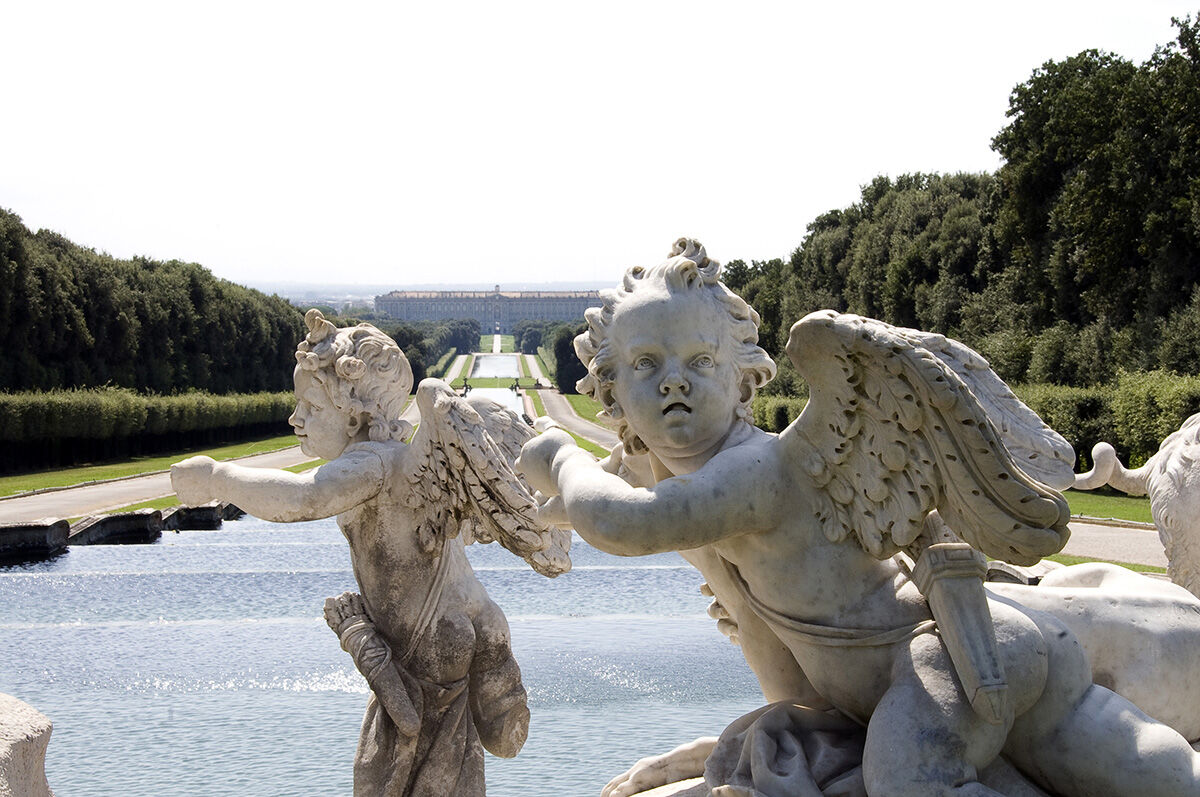 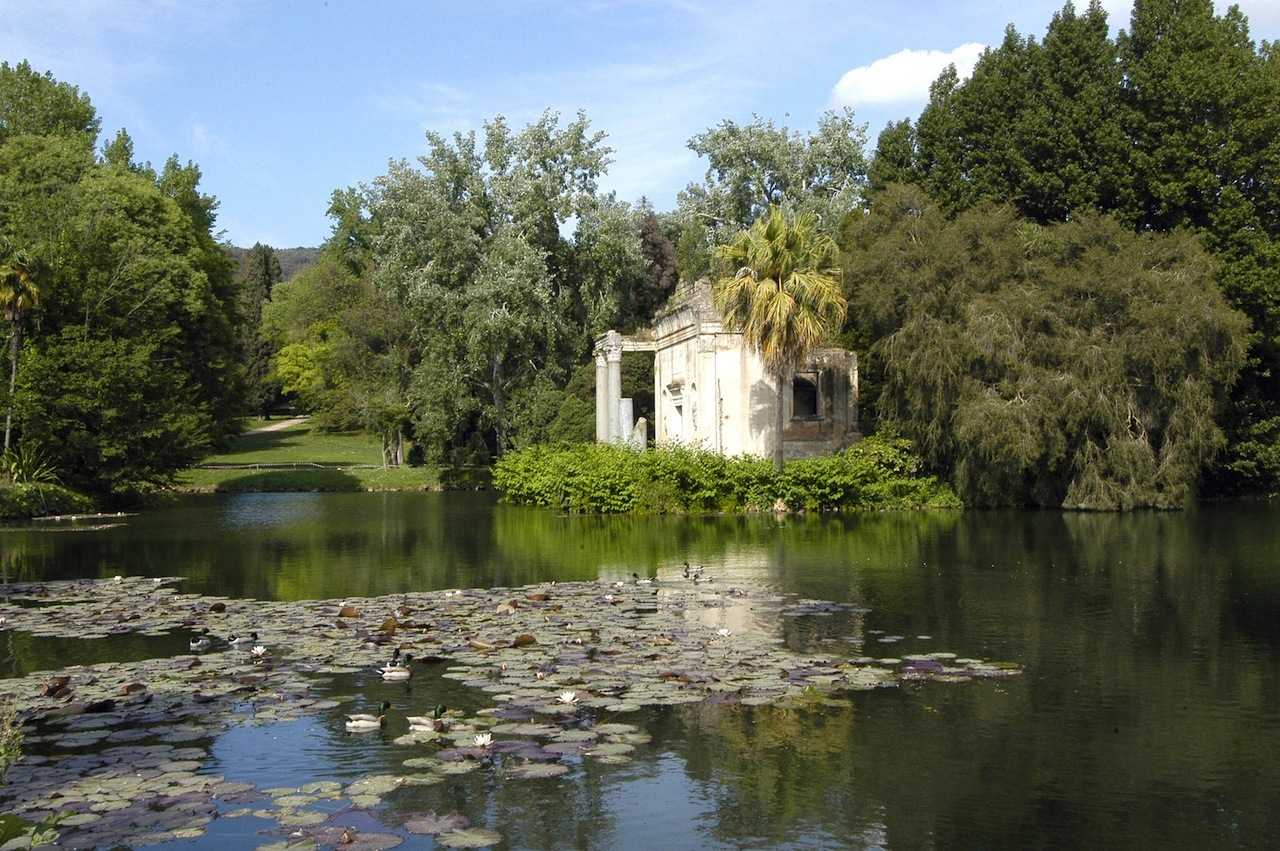 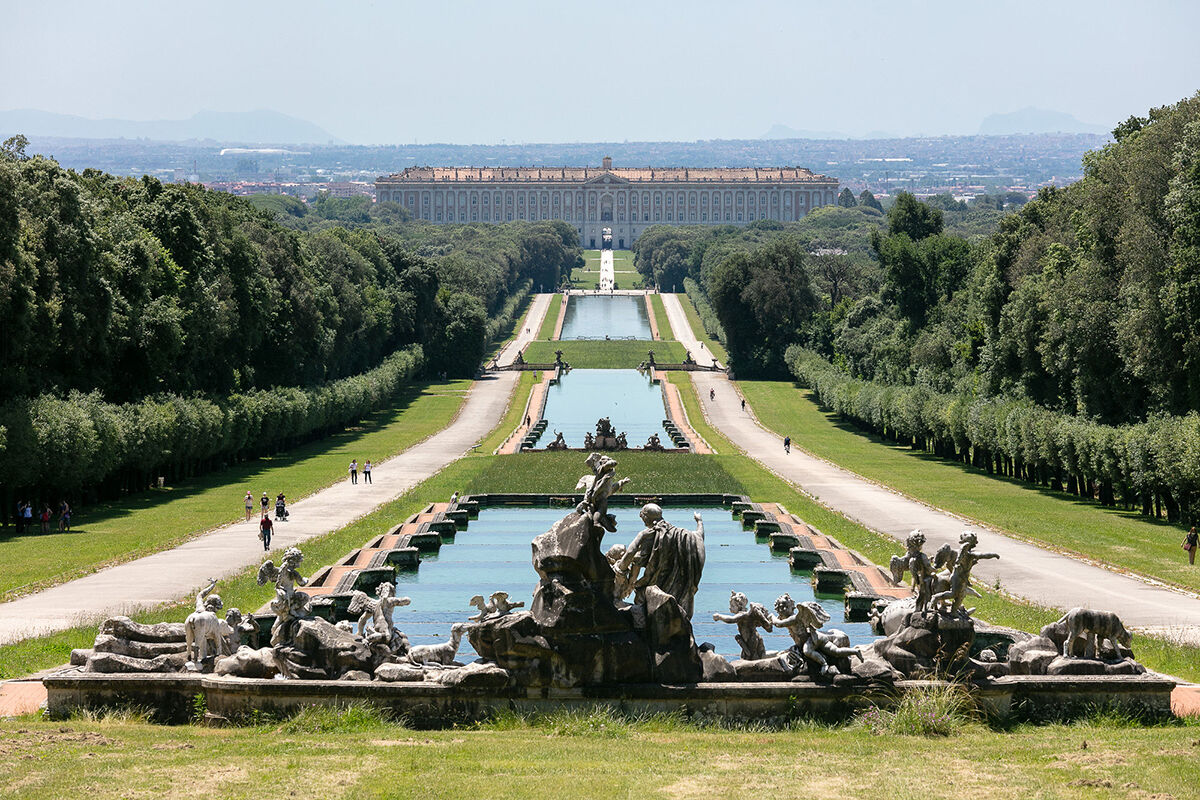 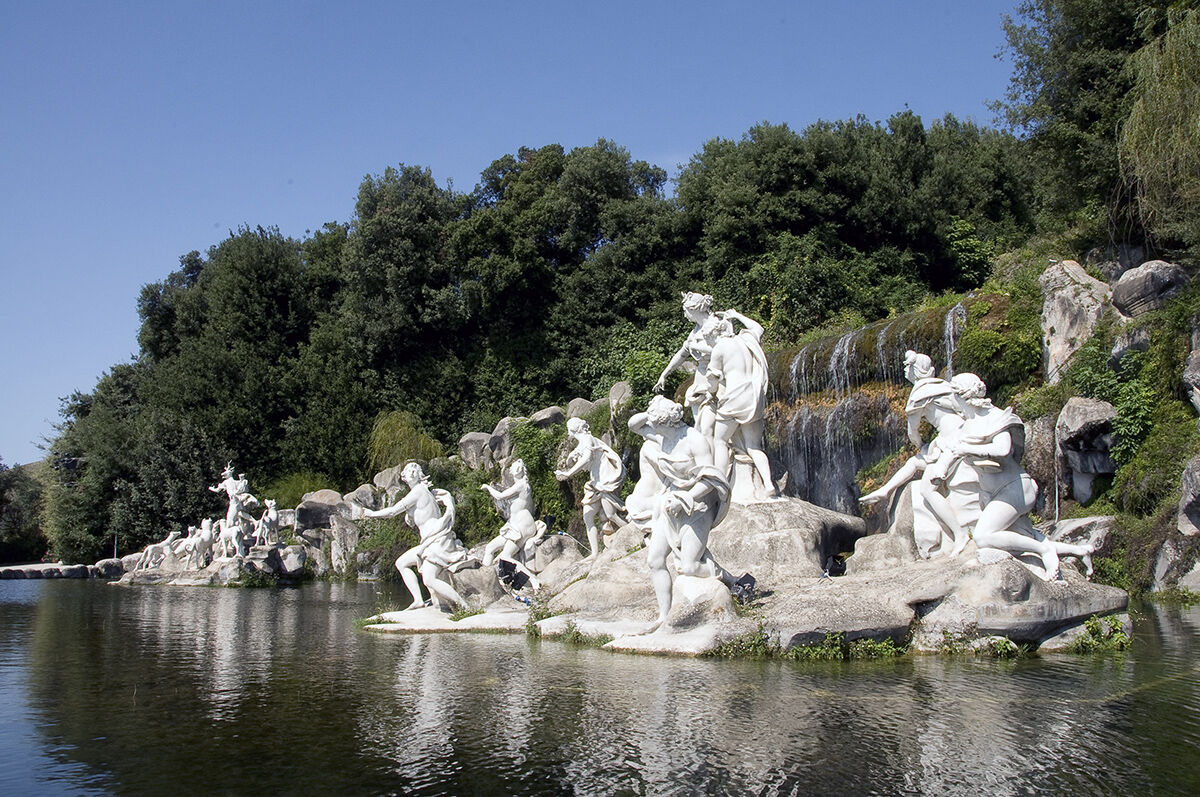 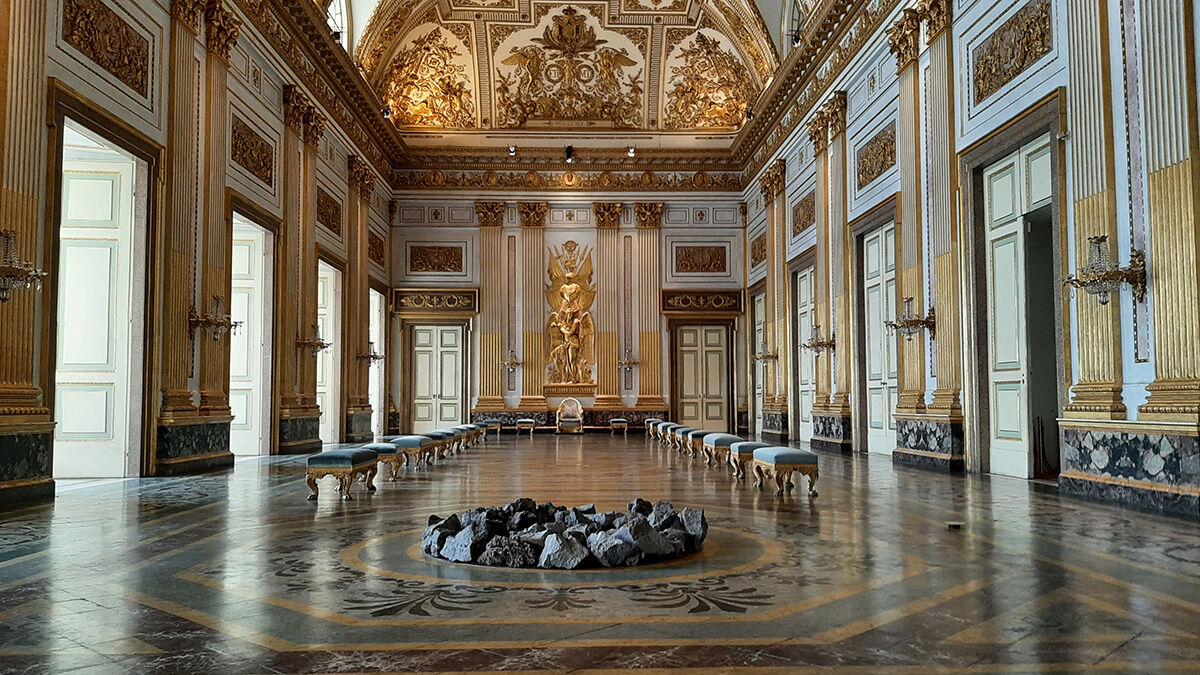 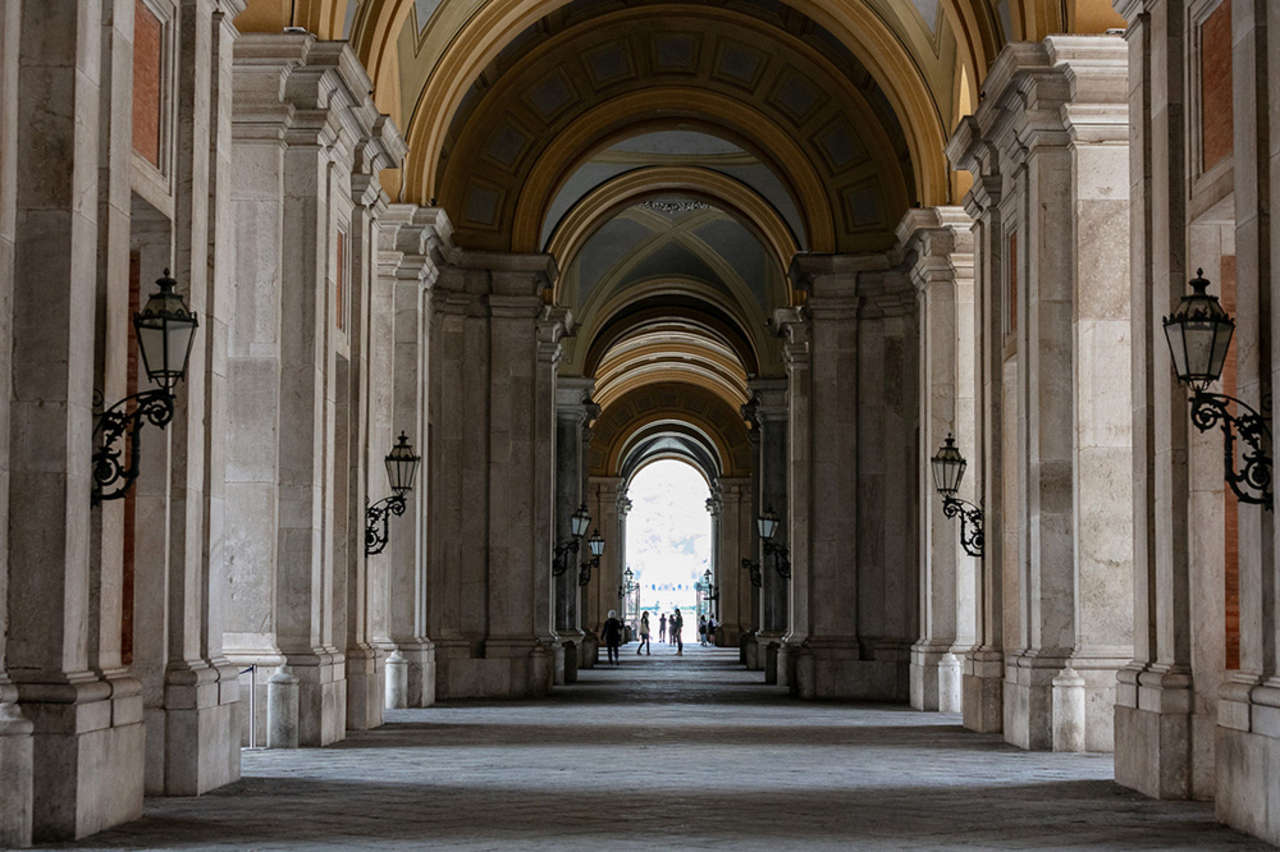 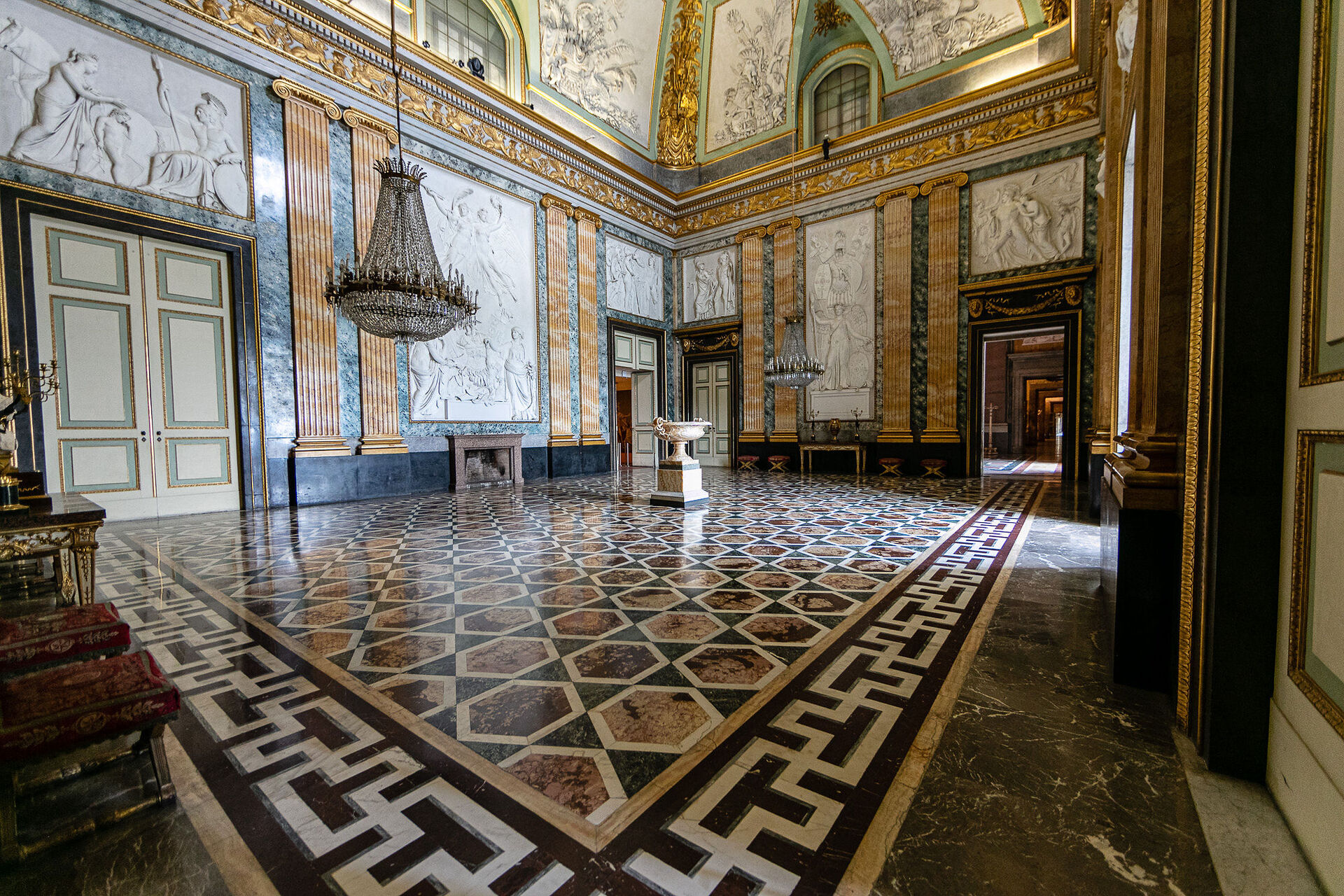 Reggia di Caserta, with its Park were designed in the second half of the eighteenth century by the architect Luigi Vanvitelli, commissioned by Charles Bourbon, son of Philip V of Spain and Elisabetta Farnese.
The 122 hectare park is divided into two parts. The first contains vast parterres, separated by a central avenue which leads to the Margherita fountain and gives access to several avenues bordered with copses of limes, hornbeams and holm oaks.
The Castellucia is to the left of the palace, in the so-called ''old wood'', a miniature castle in which the young Ferdinand IV practised mock battles. Further north is the Great Fishpond, an artificial lake with a little island where naval battles were simulated.
The second part of the park, created by Carlo Vanvitelli, begins at the Margherita fountain. Two lateral ramps lead up to Hercules' bridge, where the great ''waterway'' begins. Basins and ponds decorated with statues are distributed along the hillside.
Two wide avenues bordered by espaliers of holm oaks and clumps of broad-leaved oak trees, skirt the series of basins as far as the great pool where the imposing waterfall from Mount Briano plunges down.
At the end of the eighteenth century the English Garden was created in just a few years covering roughly 23 hectares beside the fountain of Diana and Actaeon. It was commissioned by Queen Maria Carolina and laid out by the gardener John Andrew Graefer, helped by the architect Carlo Vanvitelli who had succeeded his father in work on the Royal Palace.

By train
From Naples Central Railway Station there are daily rail connections with the Caserta Station. The entrance of the complex Vanvitelliano is a few meters from the station.
For information: www.trenitalia.it

By bus
The Atc line ensures a shuttle service to the Park.
For information: www.atc.it

Information
Opening hours
All year round, every day
Closed on Tuesday

*available for purchase only when the park is closed
**available from 5 p.m.
Contact us
Piazza Carlo di Borbone
81100 Caserta

reggiadicaserta.cultura.gov.it
Write to the gardenView the map