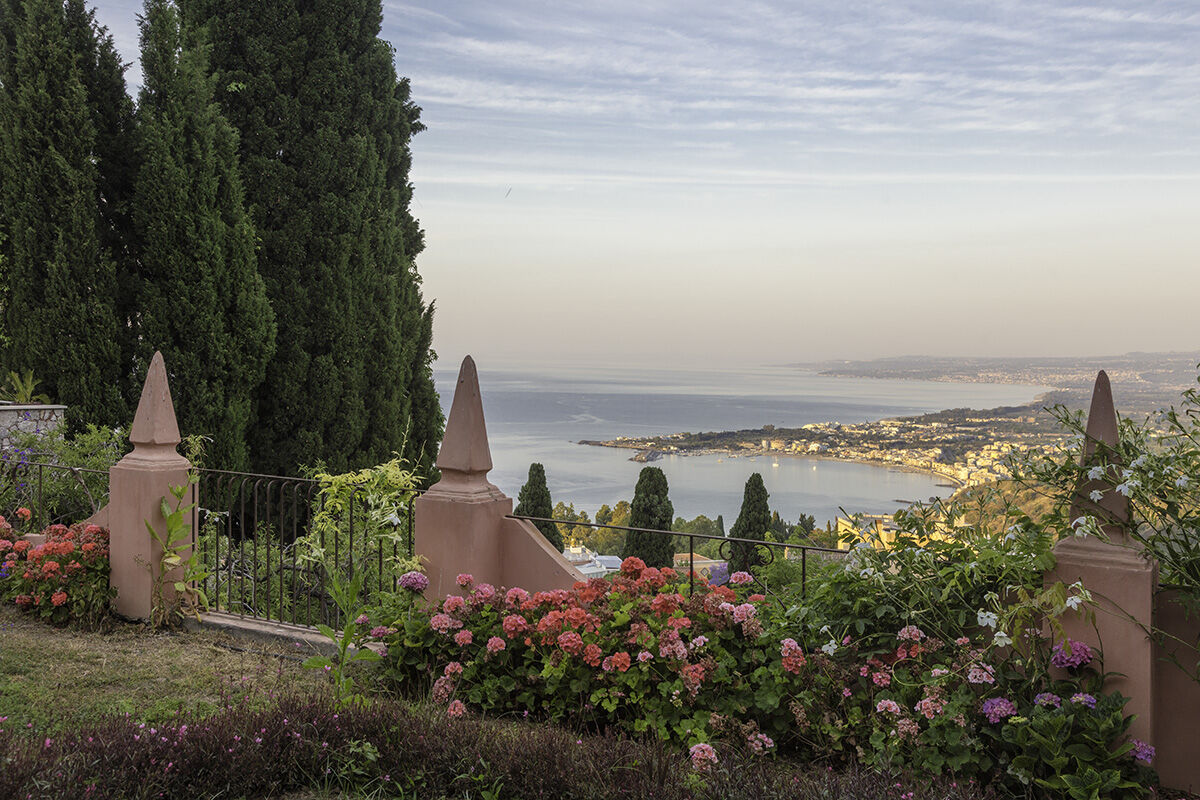 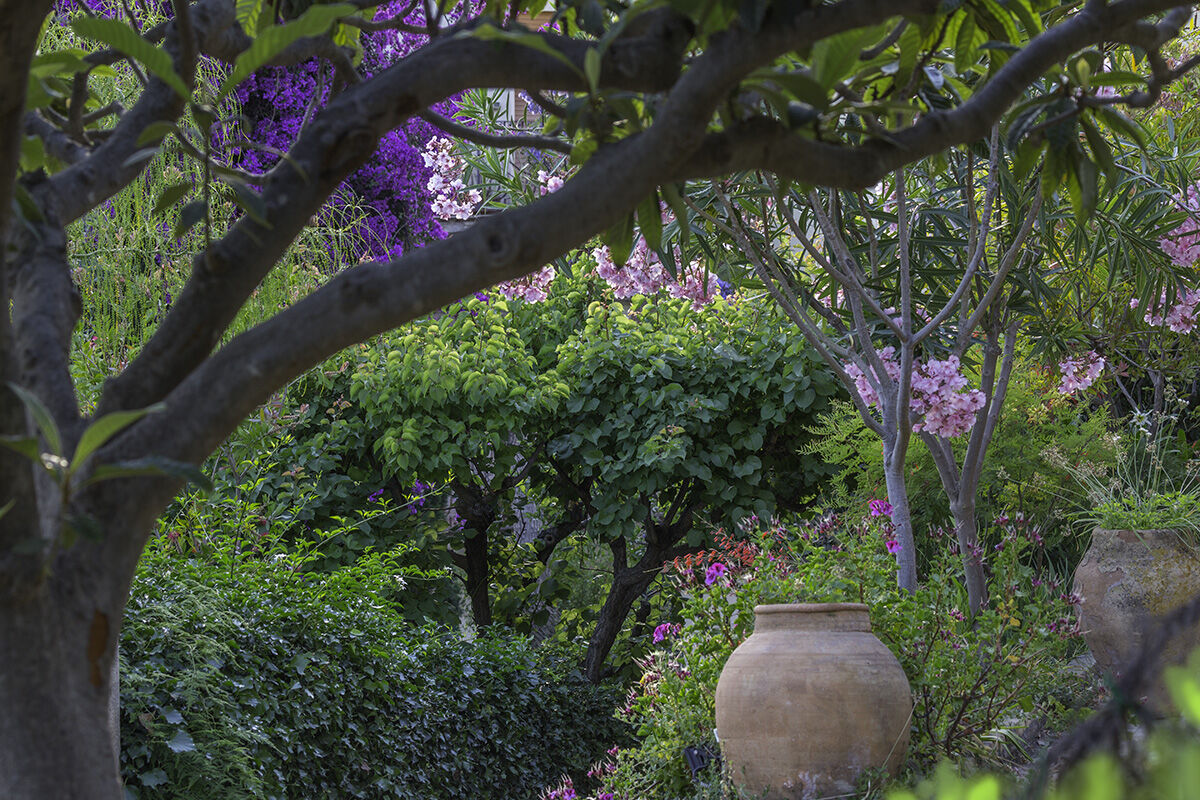 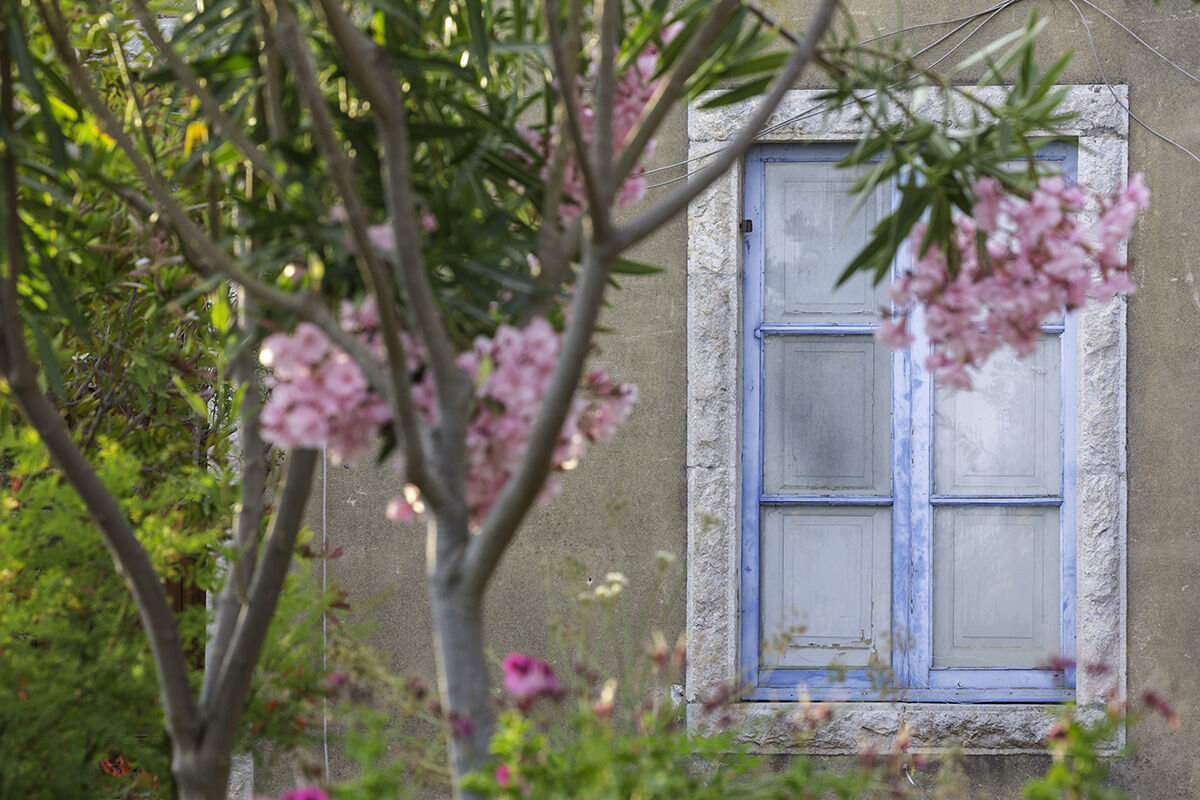 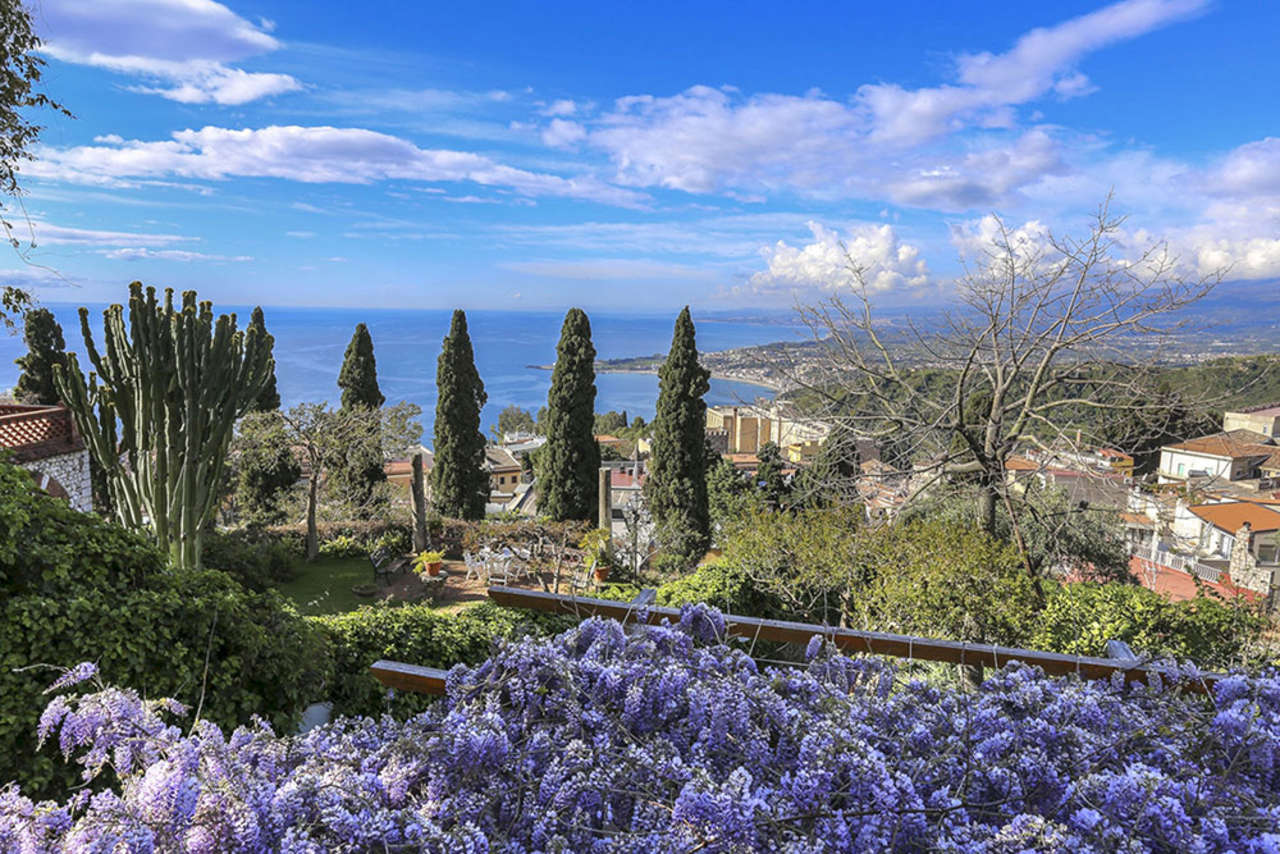 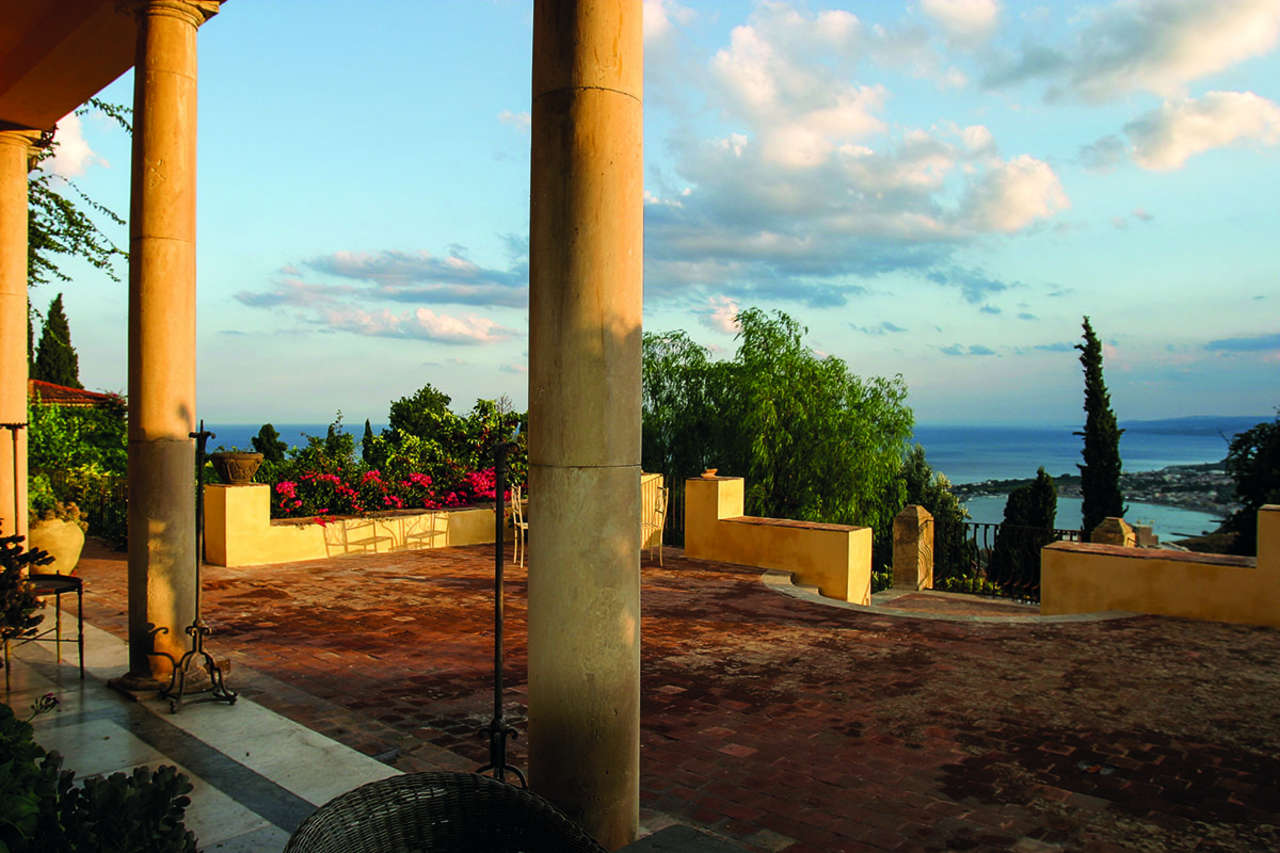 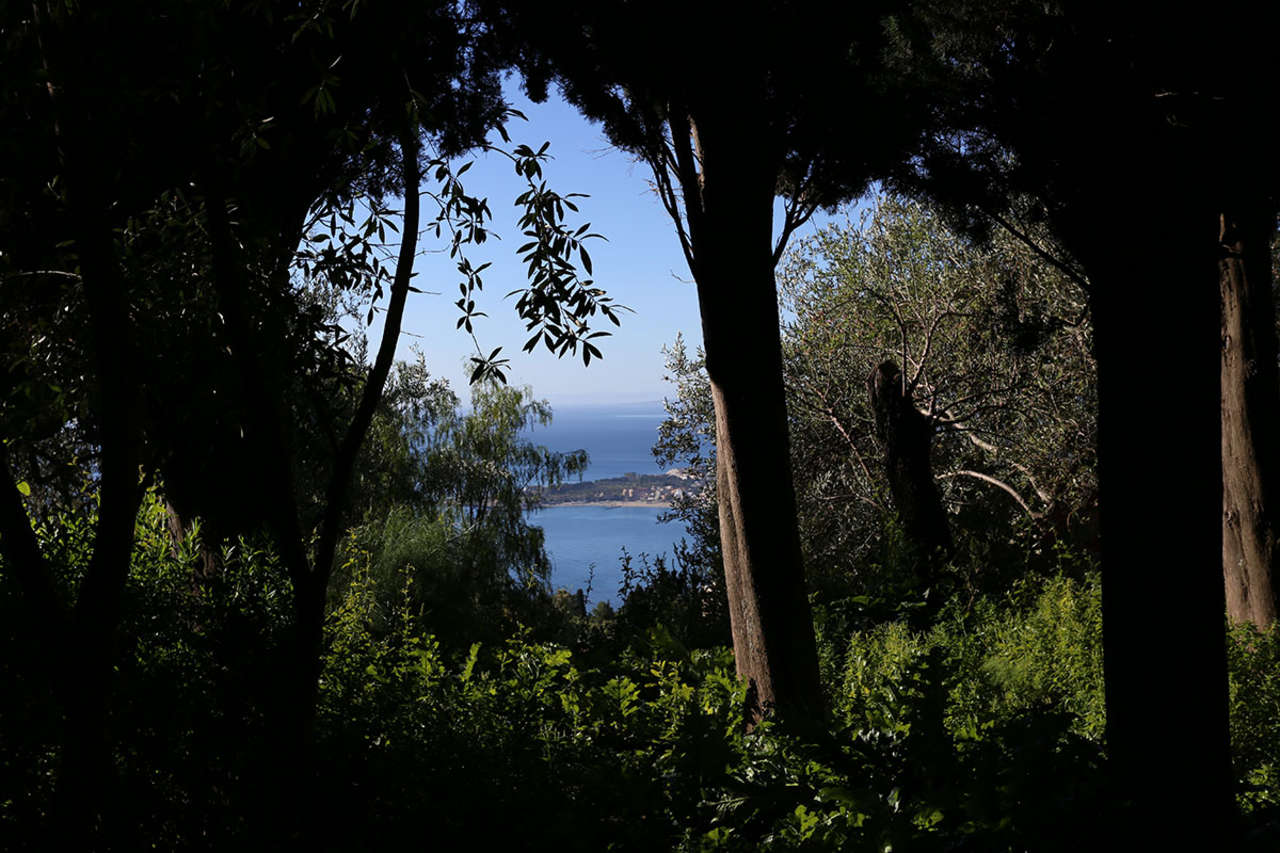 By car
From Taormina highway exit follow the signs to the center and then to Castelmola. The garden is located in the town of Taormina, in the scenic area.

By train
From Taormina Railway Station take a taxi. The garden is about 6 km

In bus
From the central bus station, take a taxi to the garden (distance about 3 km).

Casa Cuseni was built in the early 1900s in the hilly part of Taormina, by the English painter Robert Kitson, quickly to become an International Art Centre. Von Gloeden, Alfred East, Albert Liberty, Charles Ashbee, Cecil Hunt, Frank Brangwyn, Charles Baskerville, Pablo Picasso, Salvador Dalì, Henry Moore and Ezra Pound are just some of the many artists who left their work here.
Amongst its collections the house contains paintings witnessing the English Grand Tour in Sicily and the East as well as a famous dining-room, now unique in the world, by Sir Frank Brangwyn, one of the first L.C. Tiffany decorators. The artist also designed the villa garden, “borrowing” views and the landscape as decorative elements, creating an harmonious continuum with Mount Etna and the Gulf of Naxos.
African plants and English roses mingle with a multitude of Sicilian citrus trees in an incredible, unusual symphony of colours and perfume, an emotion for all the senses in a unique landscape context dominated by the majesty of Etna and the Sicilian sea.
Casa Cuseni kept up its artistic-cultural vocation under its second owner, the British author Daphne Phelps. Countless writers, philosophers, mathematicians, historians and painters came to stay here, including Bertrand Russell, Greta Garbo, Tennessee Williams and Henry Faulkner. Nowadays the property invests extensively in culture, hosting world level artistic events.
In 2015 Casa Cuseni became the Museo delle Belle Arti e del Grand Tour della Città di Taormina (Taormina City Museum of Fine Arts and the Grand Tour).
The whole architectural complex was declared an Italian National Monument for its great historic-artistic value.

Casa Cuseni has a long tradition in hospitality, first of all at the time of the painter Robert Kitson, when D.H. Lawrence used to stop by to have a cup of tea, or famous painters as Sir Alfred East, Sir Cecil Hunt, Sir Frank Brangwyn, and poets like Ezra Pound used to stay there; then, during the golden period of Daphne Phelps, when across the amazing antique furniture walked characters such as Bertrand Russell, Henry Faulkner, Tennessee Williams, Caitlin Thomas, Roald Dahl, Alan Whicker, Jocelyn Brooke, Greta Garbo.
Discover